It was great to cacth up with Red Rumped Swallows yesterday, not one but two 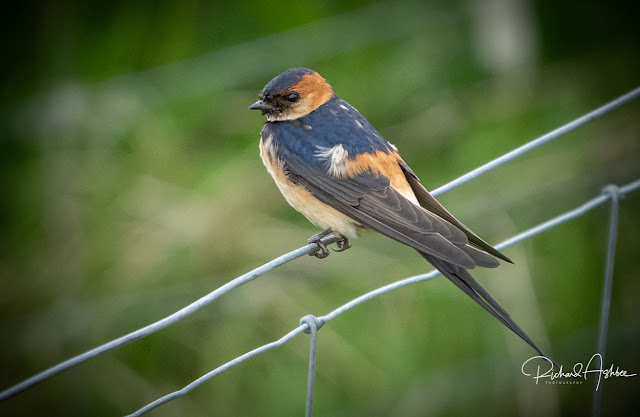 This was at Vidlin in the north mainland, close to a small plantation and well vegetated gardens 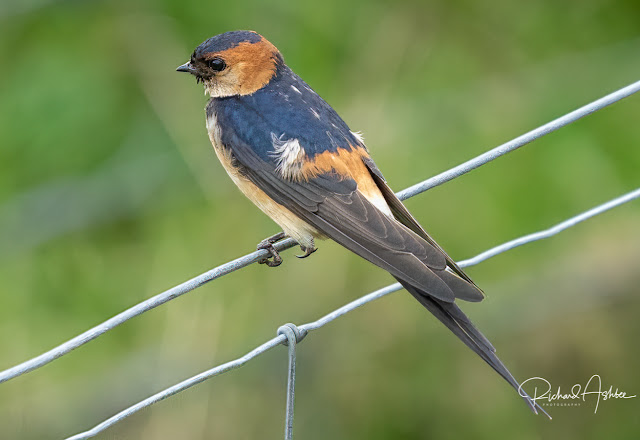 I walk up the road and there they were, both sat on a fence and not bothered about a close approach 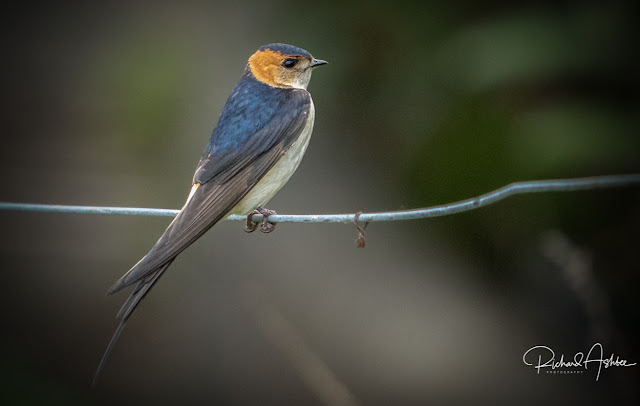 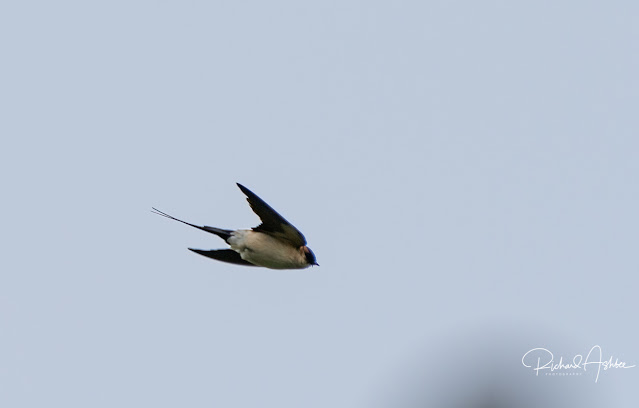 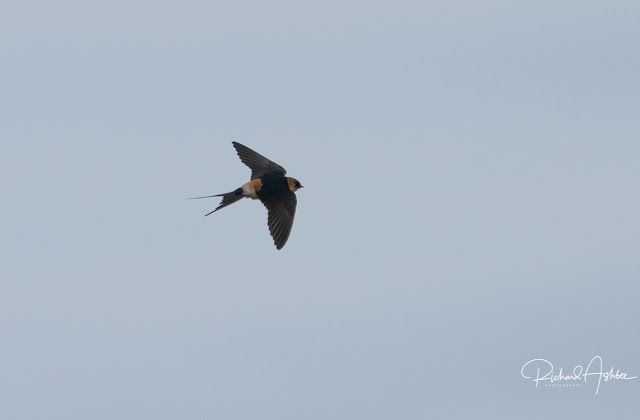 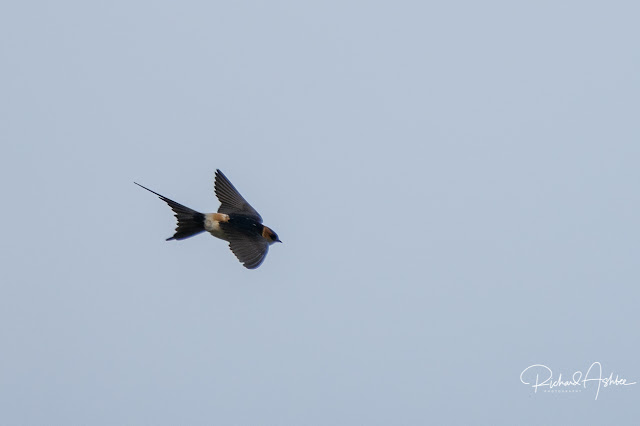 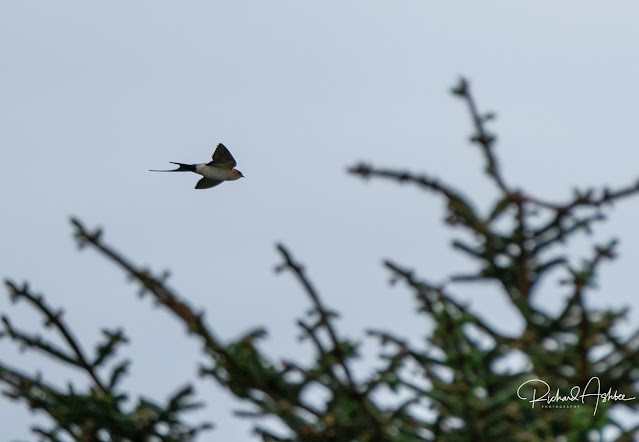 They mostly flew over the plantation , where i also saw Common Crossbill and two Siskin 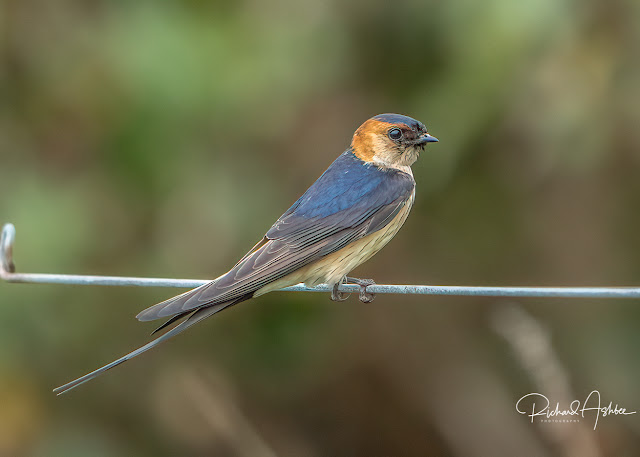 They came down to land twice, landing close together on the second occasion. 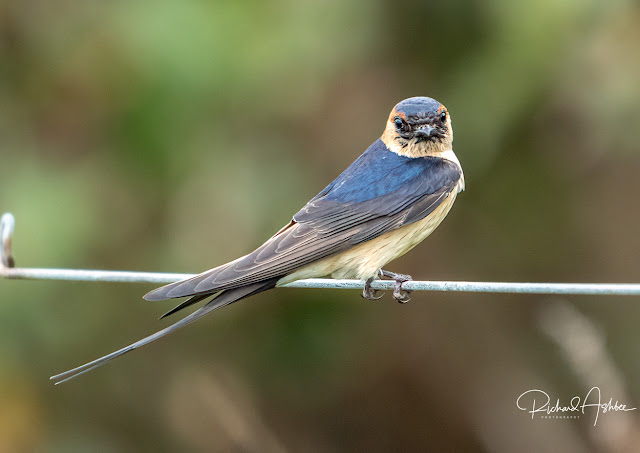 I was surprised that they allowed an slow approach to about 20 feet, the dark area around the beak on this one are ticks,  which should eventually drop off 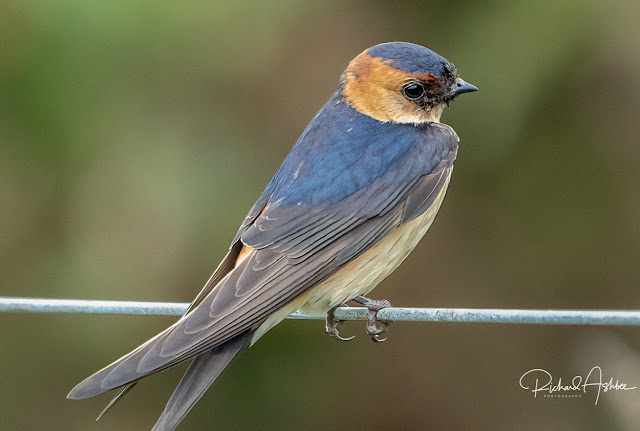 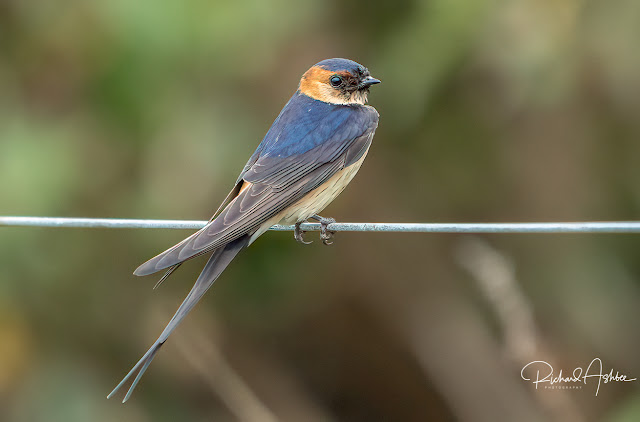 They are beautiful birds and well worth the wait 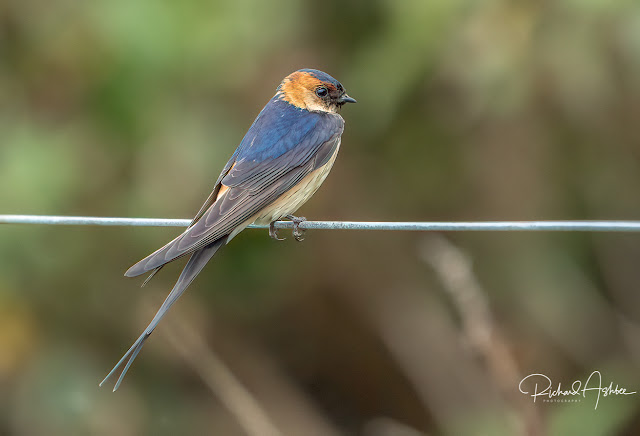 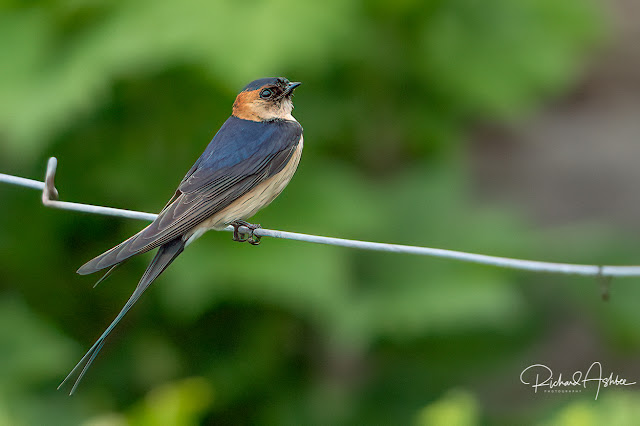 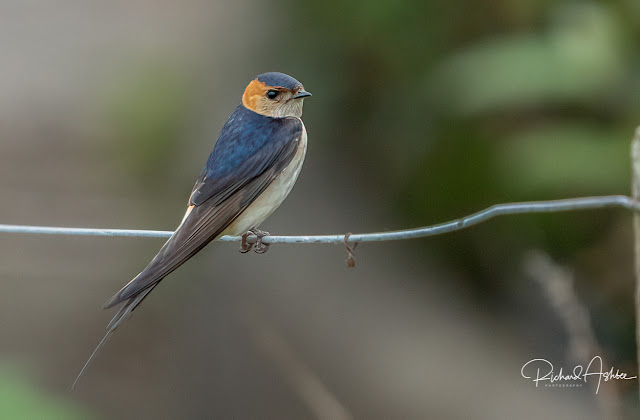 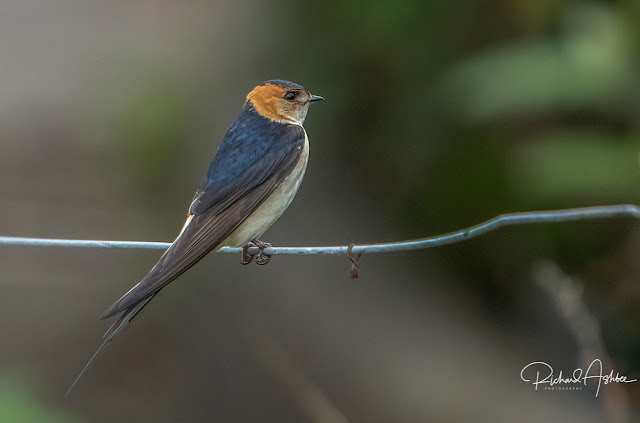 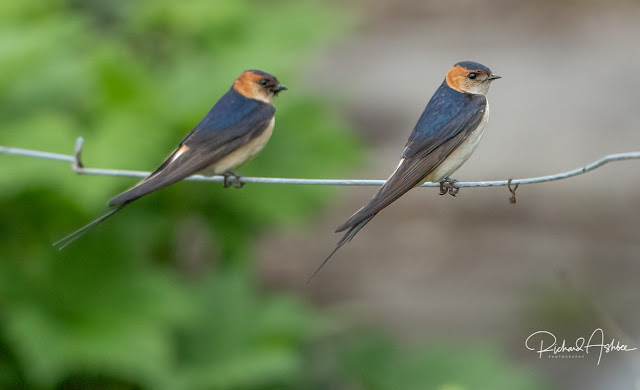 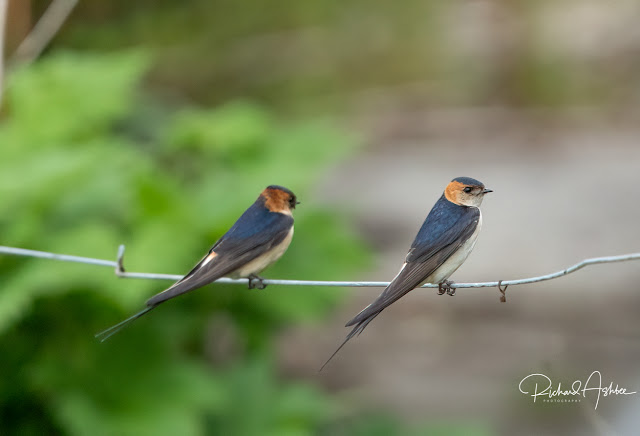 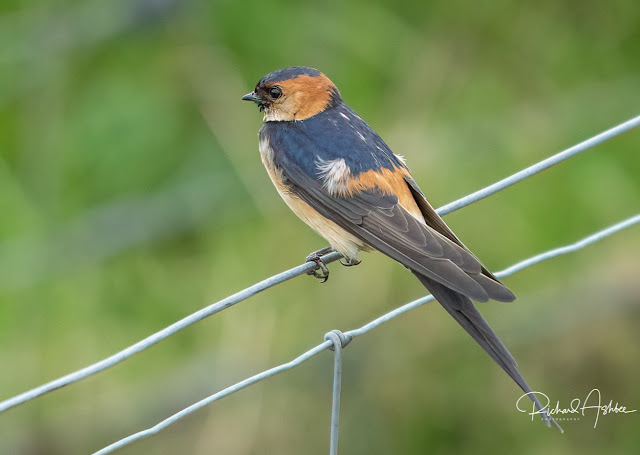 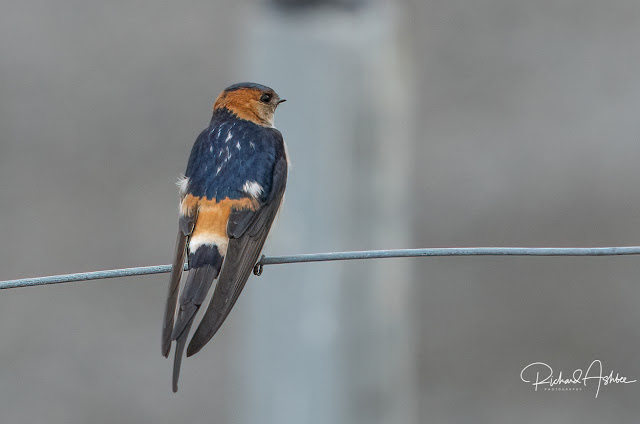 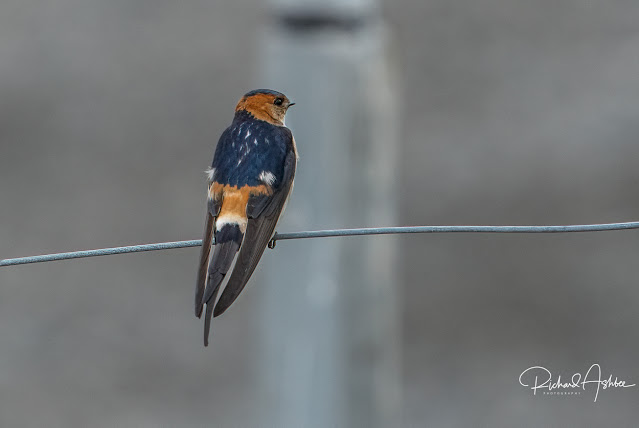 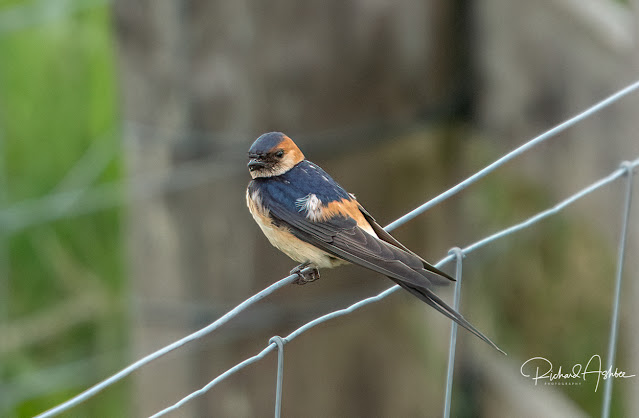 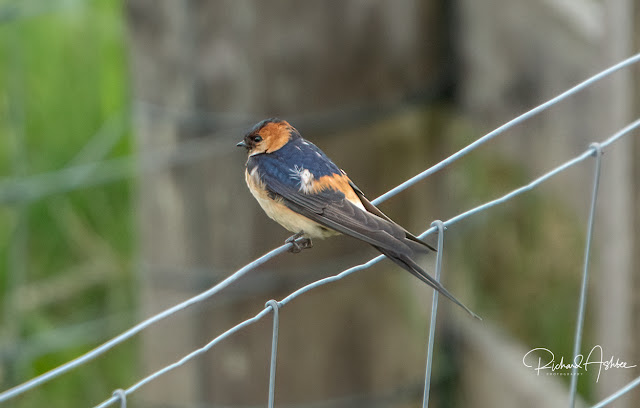 A dull day brightened by these birds.
Posted by Shetland Storm Force photography at 01:40