I thought I would take the last chance to see the Peregrines that are nesting in the city centre before we move to Shetland next week. Although it was cloudy at first this soon cleared into a sunny morning just right for seeing the peregrines. 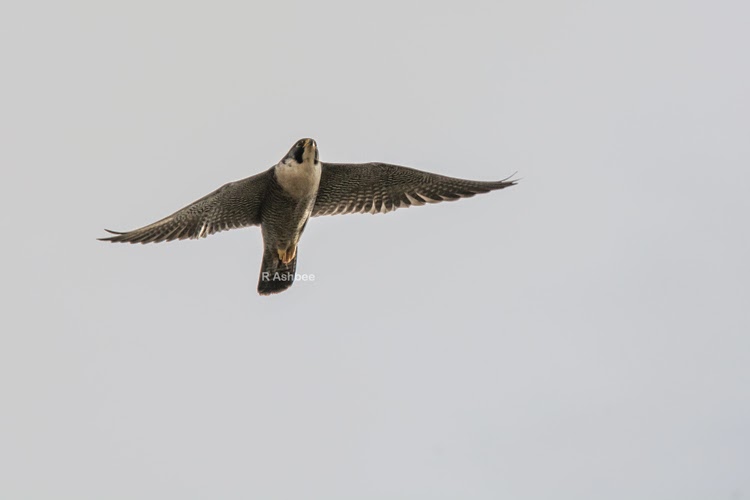 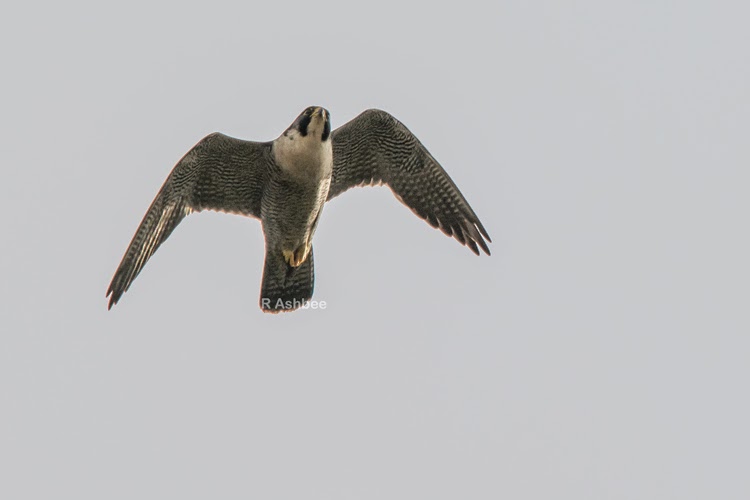 As soon as I arrived the female was circling round the church before calling the male off the nest. the exchange was swift and the female soon settled onto the four eggs. Over the next two and a half hours the peregrines flew over four times. 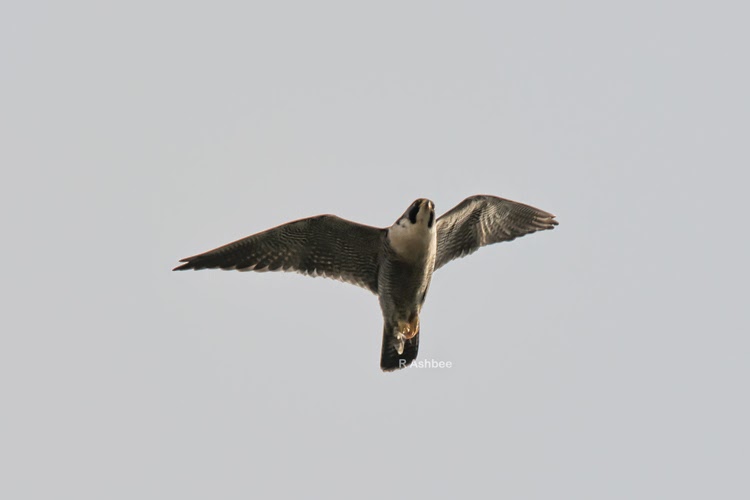 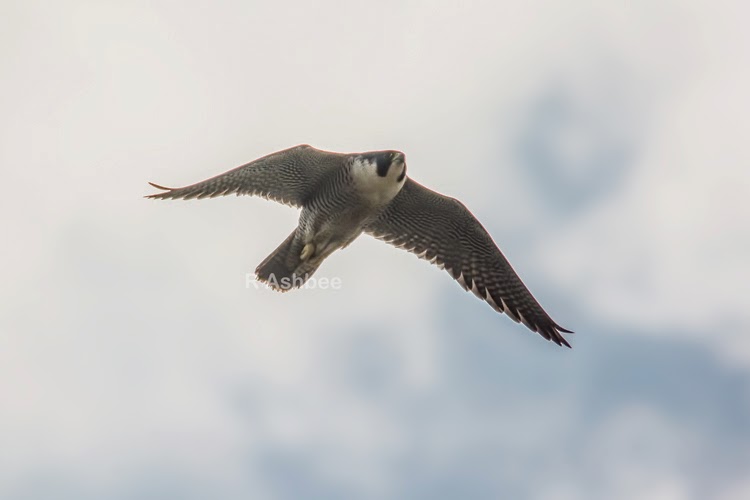 Each time the left the area they headed into the city centre to find plenty of feral pigeons as food items but at present not bringing them back to the nest site. I have seen peregrines earlier in the year carrying pigeons onto the BT  building before plucking them. 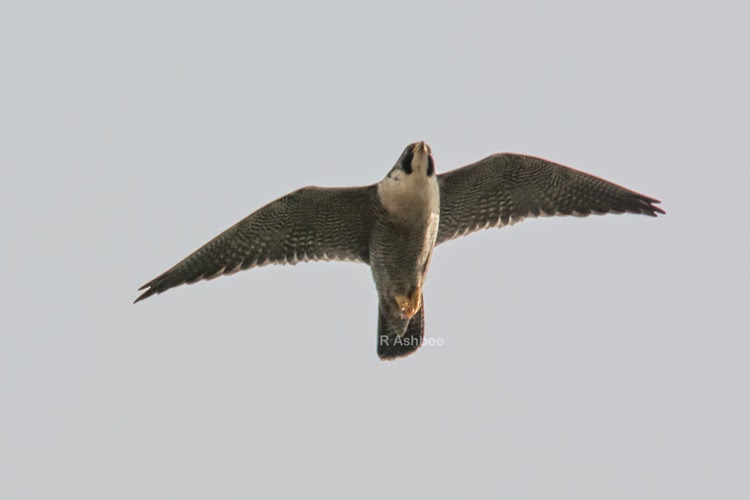 While i was at the church a group of people gathered, some from the Sheffield Bird study group and others from the University (the church is now a controverted lecture hall and flats). It appears they have been having problems with the lights around the church which has caused some concern to people coming back very late at night to the flats as they were not lit. 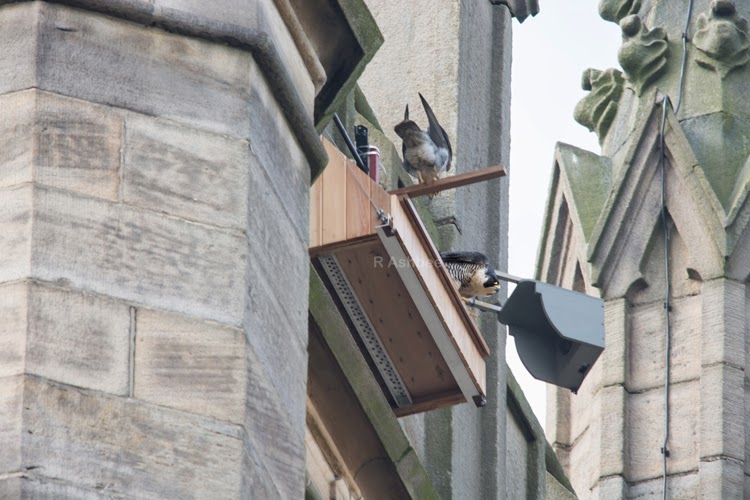 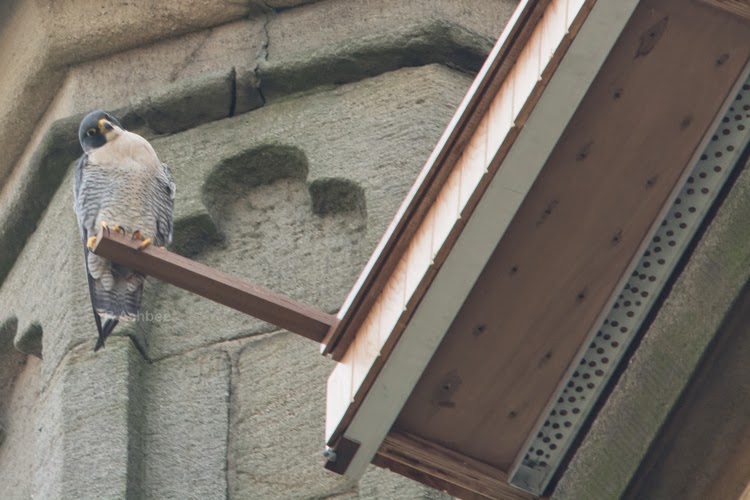 The University had mended the lights prior to the peregrines nesting but now the wanted to replace them just at the time the peregrines were nesting. A MEWP would be used to lift a man up to the lights to change the light fittings. 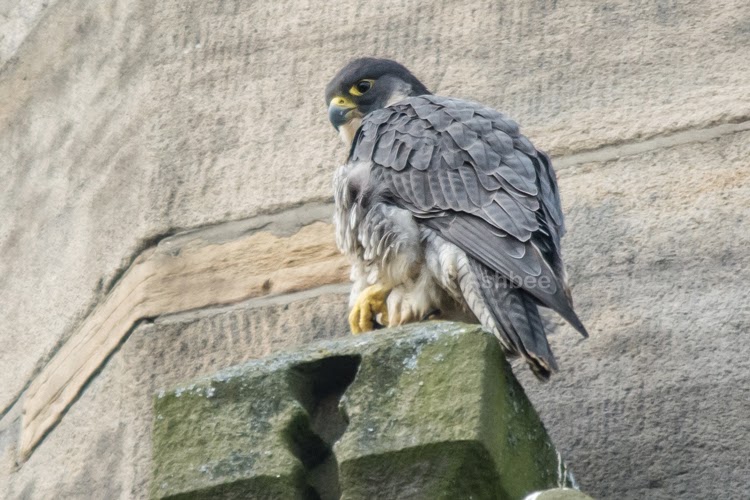 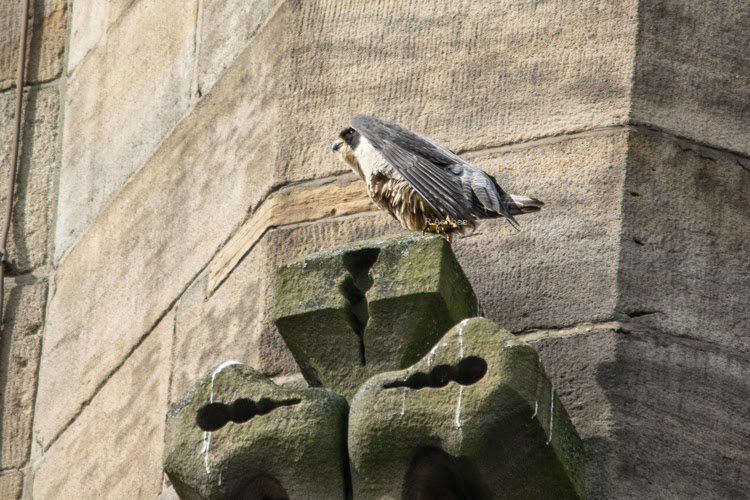 This will cause disturbance to the peregrines, they are not concerned with a large tower crane jib passing over head because it has been used for a long time and no people are visible , but using a MEWP with a person coming up towards the nest (although the lights are  lower down) could cause the birds to desert the nest or leaving the eggs for long periods. 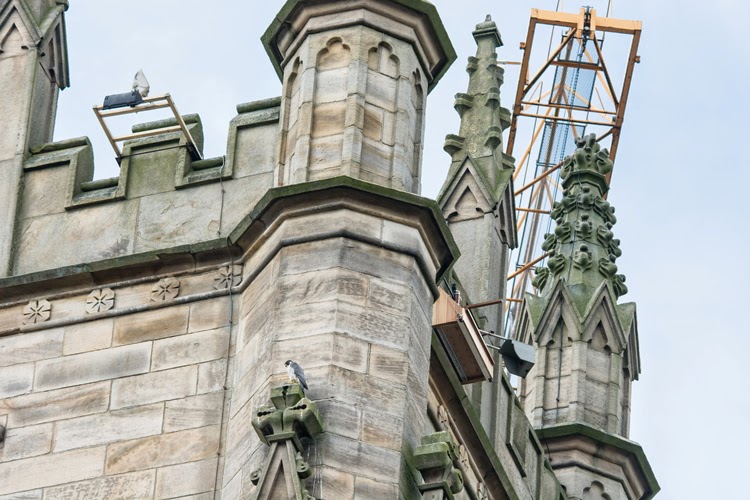 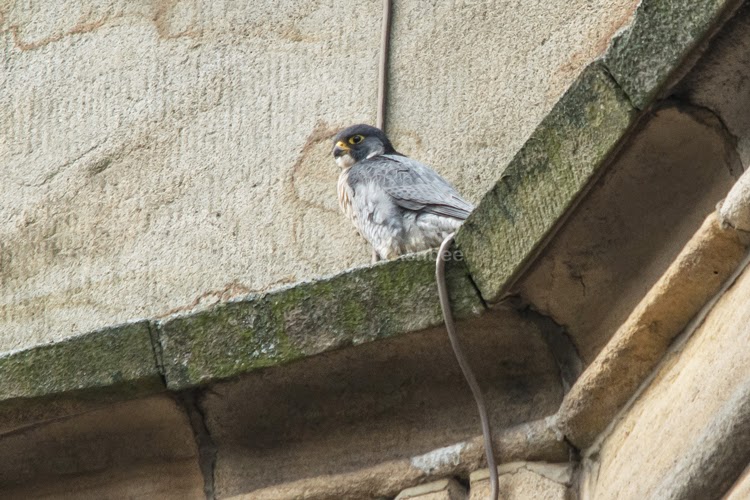 Over a long chat the University decided to work on the opposite side of the church and leave the nesting side until after the young had hatched. These birds are protected and it could have been left to a judge to decided what action would be take if work had continued. 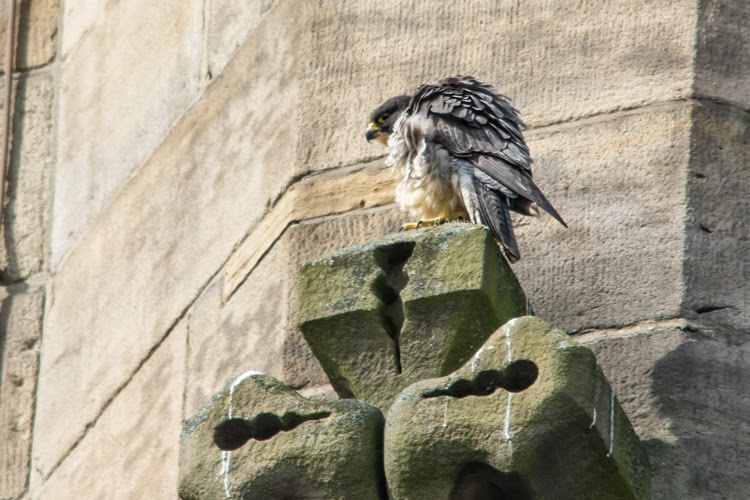 Peregrines are having a bad time of it through persecution and at present this is the only city peregrine pair in Yorkshire, although a pair is investigating an area in Wakefield. There are now more pairs in the centre of London than in the Peak District to Northumberland . The pair that nests in the Peak District has not had raised any young since 2001 due to egg collectors and shooting 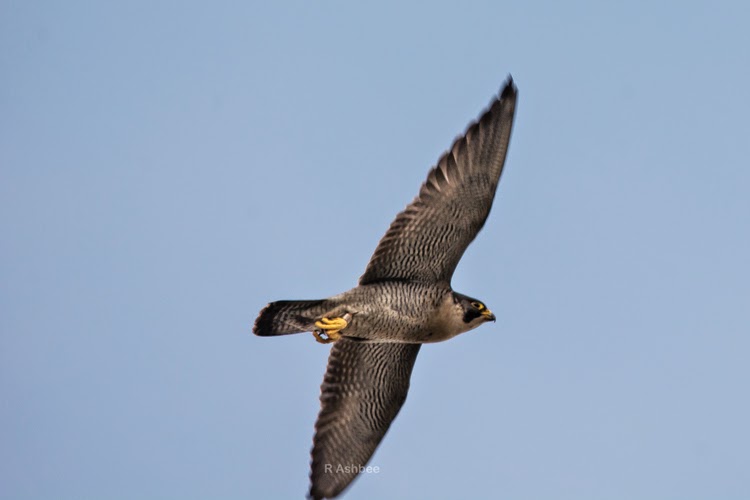 Posted by Shetland Storm Force photography at 03:45 No comments: