It comes as no surprise to find that eider ducks have declined dramatically since we have been visiting Shetland. Back in 1980's when we started visiting Shetland numbers we around the 10.000 mark but declined to 6,000 by 1997. A survey in 2012 funded by the Sullom Voe Association Ltd have found that 1,00 birds have been lost over the past three years. 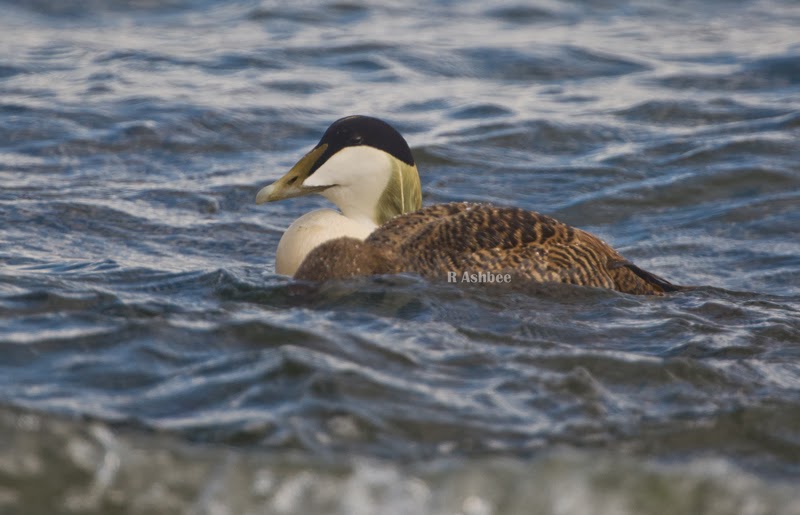 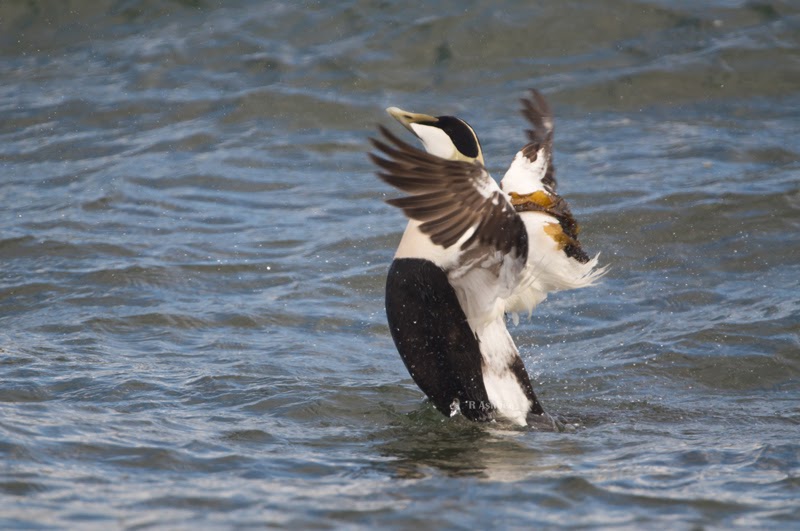 Eider ducks are vulnerable to inshore oil pollution, and the Shetland Oil Terminal Environmental Advisory Group (SOTEAG) has monitored their numbers since the oil terminal was built.The Braer oils spill in the south Mainland in 1993 and the discharges by various fishing vessels over a period of time has contributed to the decline. Add to this predication of young by Gulls, Skuas and possibly otters as well adults have been killed by Killer Whales, this has only been seen a few times (Simon King video a few years ago) but more recently observed in the Faroes where 50 birds were killed in a matter of minutes. When  birds become flightless in summer they become an easy target. 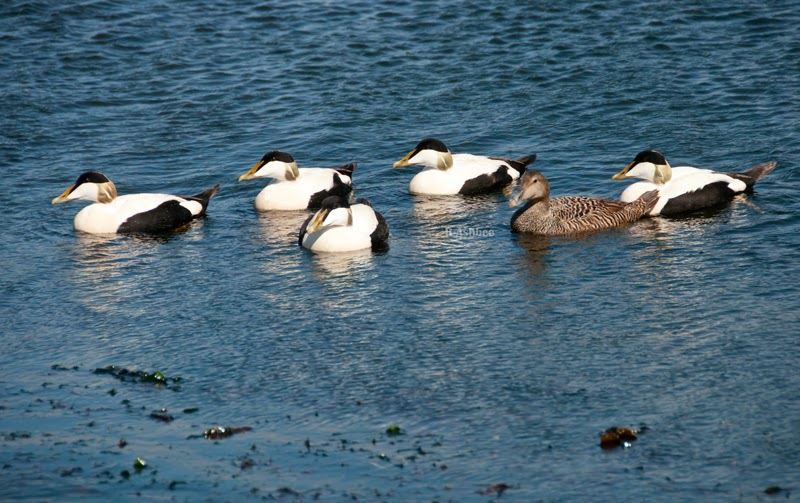 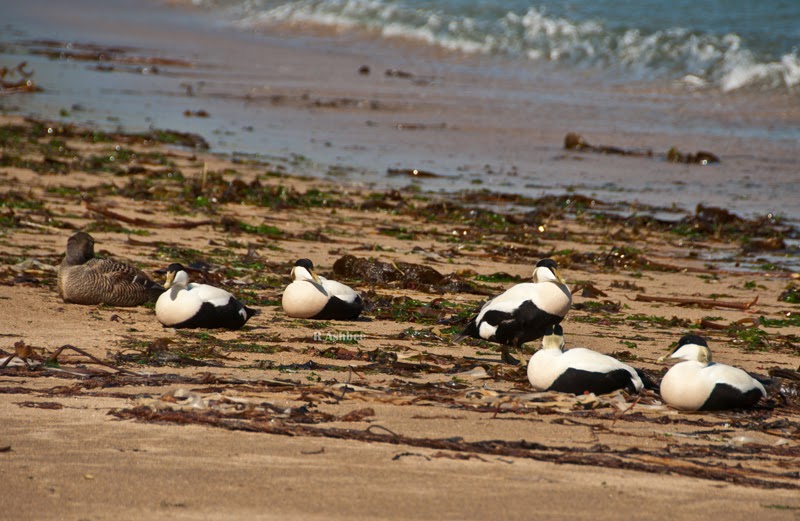 It seems that eiders in Shetland have changed their habits moving closer to aquaculture sites in the inner voes. Changes in weather conditions also have an effect on where birds will shelter. 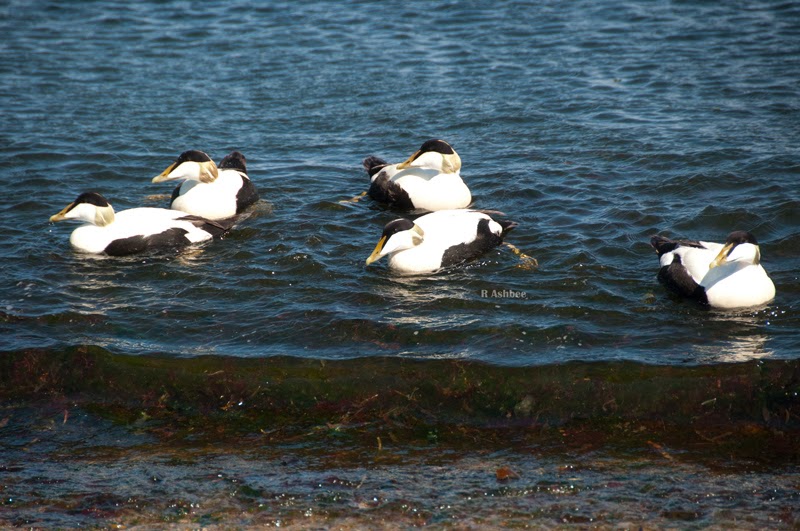 Eiders feeding on mussel lines has caused some conflict and various measures are being tried out to deter the birds. 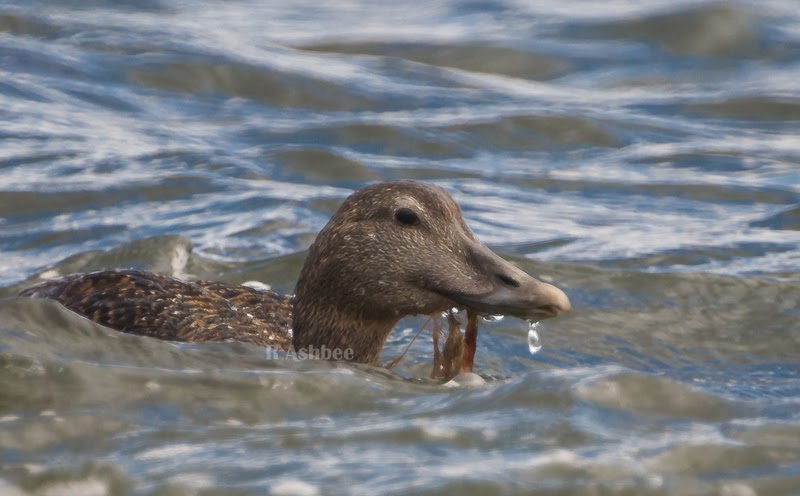 Shetland eiders are resident and studies suggest that they are closer to the Faroese race than those in northern Scotland.

N American borealis - breeds along the SW edge of Greenland (to c.75deg. N), extensively from southern Ellesmere Is., through Baffin Island, along the NE coast of Canada to meet dresseri at c. 54 deg. N; it winters off SW Greenland and around S Newfoundland;
dresseri - breeds and winters further south, from southern Newfoundland (54deg. N) south to Boston (c. 42deg. N);
sedentaria breeds and winters around the rim of Hudson Bay.

Eiders breed around the coast in Shetland although a number find moorland sites such as on Mousa, Unst and the North mainland attractive. They nest in colonies and sometimes they wont move off the nest. Eider down is still collected in some parts of Scandinavia but eider downs used for sleeping are a rare thing here in the UK. 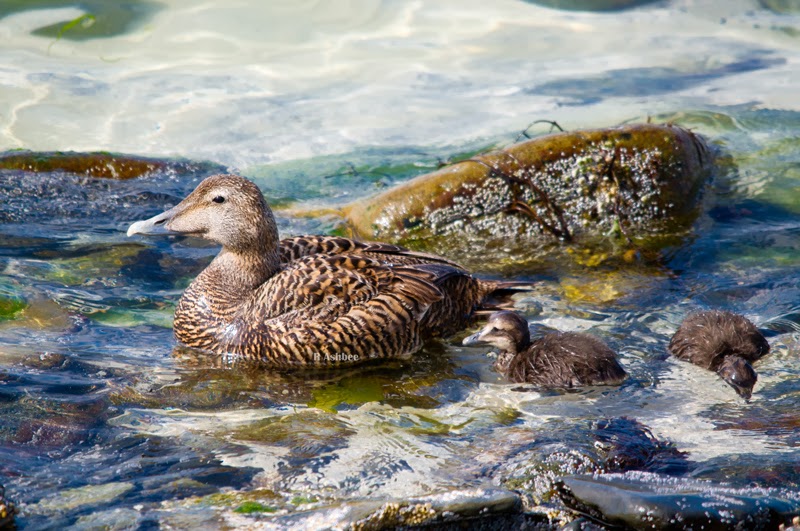 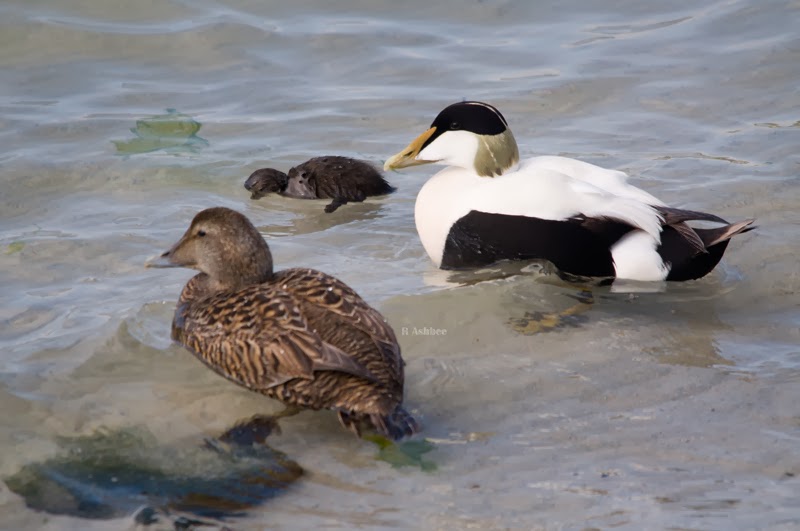 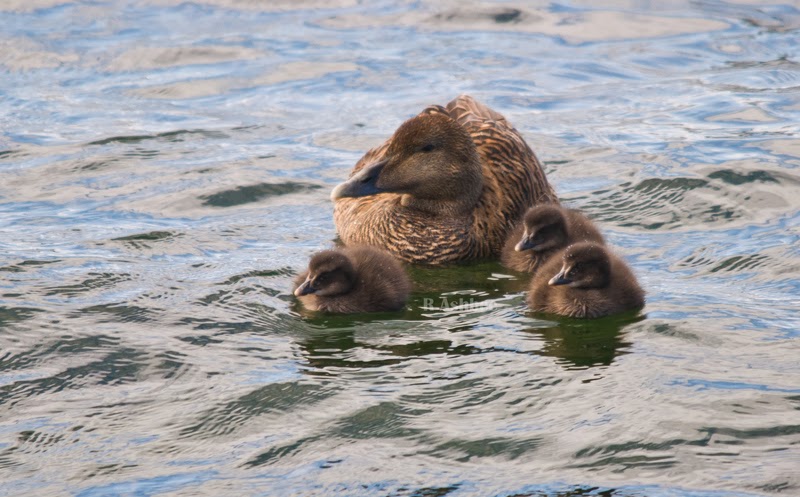 There has been several sighting in Shetland of the northern eider but there is still alot of debate as to the identification, with several seen of Moray in NE Scotland showing sails and apparently one that was ringed in Moray as a young bird also showed these signs 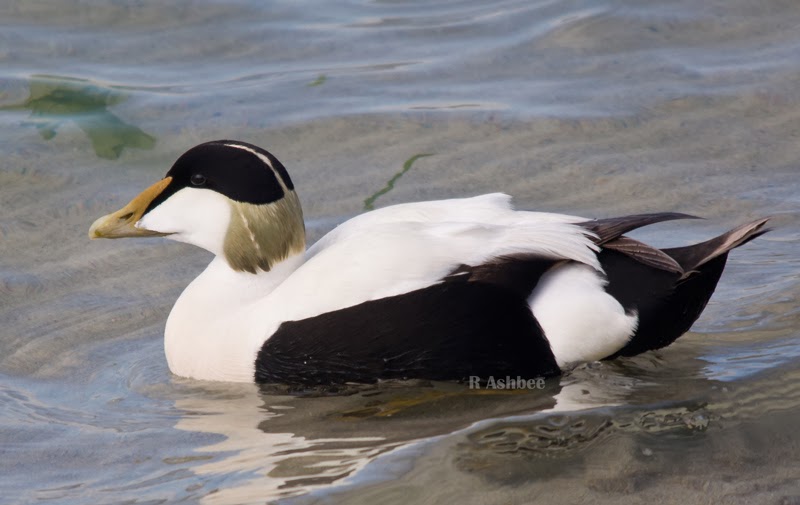 King Eiders are always worth seeing and we have had a few sightings in Shetland, with the Tresta King Eider giving good views back in the 1990's, but too distant for any photos. Other have been around Unst or the north mainland and more recently a week or so ago 3 King eiders were found in the Bluemull Triangle (Unst)
Posted by Shetland Storm Force photography at 08:16 No comments:

Its been far too long since my last post but things overtake you at certain times of year and this is one. I have been very busy delivering adult education photography courses, working towards a teaching qualification and well as giving a number of illustrated talks , several of which I had to make up from scratch.

Long Tailed Duck
The weather has not been kind to anyone especially those in the south of England and also in Shetland where gales and rain seem never ending. Its difficult to get out and get any photos in those conditions so its always a good time to look back. At this time of year I always think about wildfowl, they are in breeding plumage and look immaculate.

Diving duck can be seen on a number of lochs in Shetland, Spiggie, Brow Hillwell Clickhimin etc. Over the years in Spring we have seen an increase in Tufted duck numbers with 44 on Spiggie in one flock in mid June, these will be non breeding birds. These are always nice to see and some people get them mixed up with Scaup especially the females, which look similar except for the more white around the base of the bill and no tuft, with a more rounded head. No doubting the males with a grey back rather than a black colour on the Tufted. A small number of birds breed especially in the South mainland

Goldeneye are always great to see and at this time of year have started to display, the males throwing their heads back and calling with plenty of fighting between the males. These are tree nesting birds so it would be very doubtful they would breed in Shetland, with no nesting sites. Unst is the most favored site during the year with peak numbers during October - January

Pochard numbers are always variable, a chunky duck they always rest in small flocks, the males with the brown heads and silver backs look stunning even at a distance.Birds can usually be found in May and June at Loch of Hillwell but only in small numbers

During 2012 up to 700 birds were present at Belmont in Unst during early spring. Odd birds can be found usually up to Mid June.Numbers in June are certainly less now than back in the 1980-1990's

Posted by Shetland Storm Force photography at 07:27 No comments: