Its always a sad sight to see dead birds especially those beside the road. Last week I was giving talks on Shetland to two groups on in Nottingham and then at Boston RSPB group in the evening. Travelling down the A52 was interesting with many wood pigeon and corvids around. 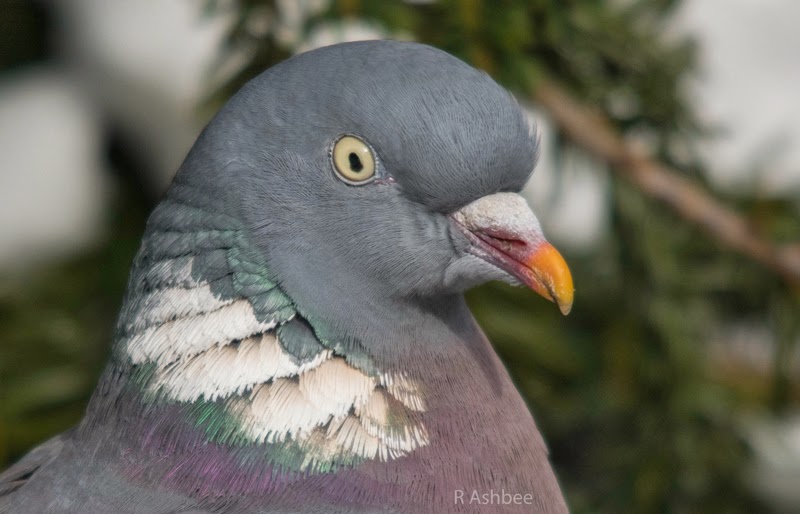 We stopped for a cuppa and a bite to eat some way before Boston and was lucky enough to see a male Marsh Harrier closely followed by a female.I gather that in this part of the county they have started to nest in oil seed rape crops, very similar to the ones in France. This is all down to expanding numbers with birds moving away from traditional reedbed nest sites. 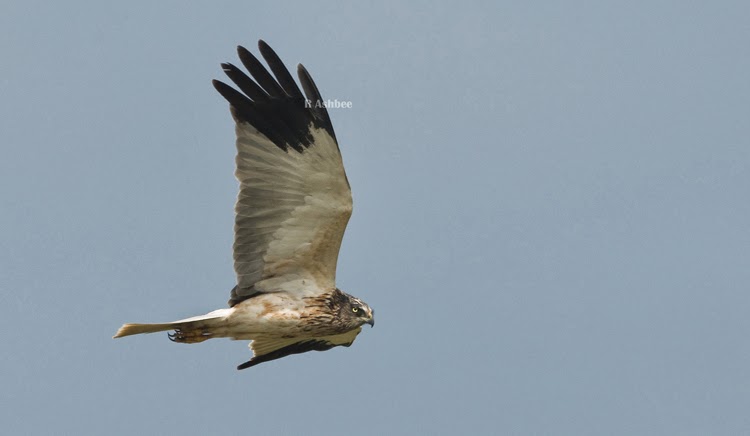 Also as the light dropped a barn owl made an appearance, they always seem more numerous in this part of the country. It moved back and forth along a ditch and made one attempt to catch some prey item. Also we were very lucky to also see a short eared owl close to as it flew along parallel to the road over weedy ground. This is a favored habitat for this day flying species, normally though we see them in winter in Lincolnshire. 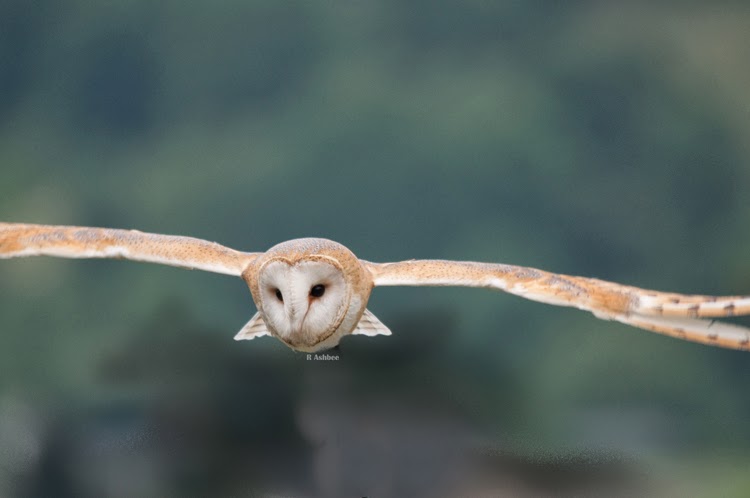 The only disappointment to this day was the number of dead Tawny Owls along the A52 , we counted 7 dead ones and 1 dead barn owl. They often come close to the road side as the traffic disturbs the small mammals and end up being hit by passing traffic.

Often small birds such as Blackbirds also get killed as they have changed their flight path to a very low road crossing trying to avoid sparrowhawks. A dead badger and fox also highlighted that roads are very dangerous places for all wildlife. 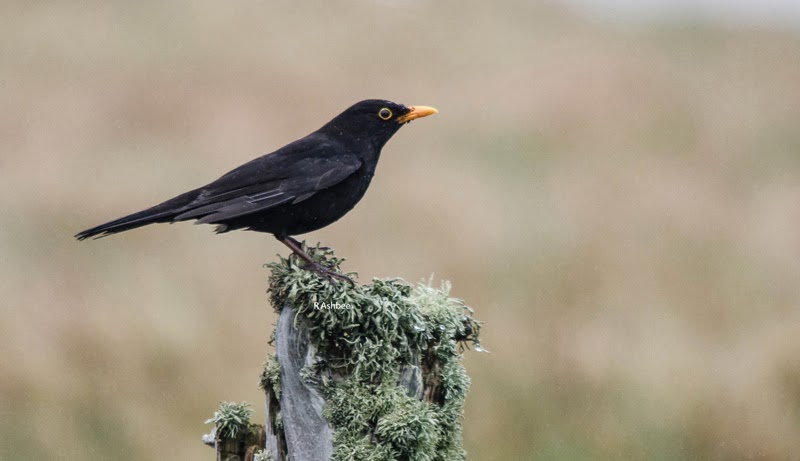 In Shetland i have seen a number of gulls, Rooks at Kergord, numerous rabbits and even a Polecat ferret dead at the side of the road, so even here people drive too fast ! 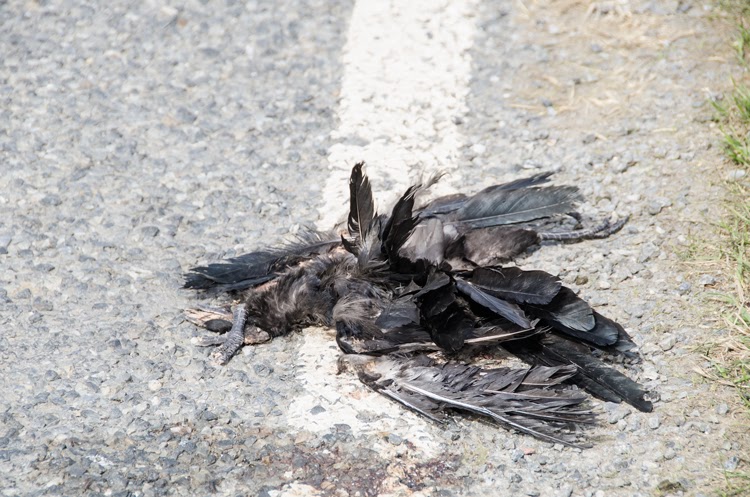 Down in Boston as we ate our sandwiches we looked over to the Boston Stump and saw a Peregrine, near the tower. They failed to breed last year due to disturbance but a pair have been present for a few weeks. The pair nesting in Sheffield city centre now have 3 eggs and have been successful for a number of years 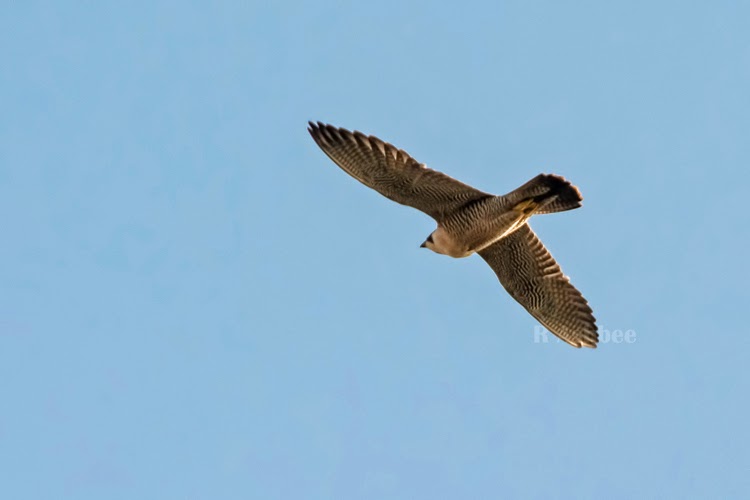 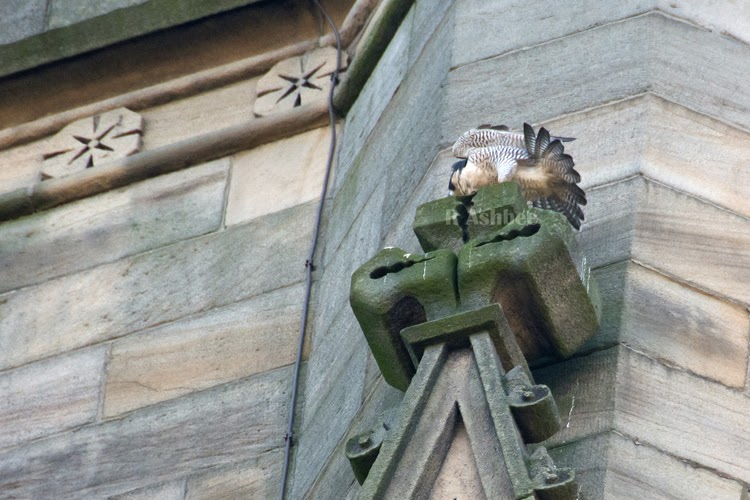 
As regards the talks, the evening one , very well attended, had the most people out of one group that had visited Shetland - 7 people. they all had stories some from 30 years ago. I really should be getting a job with the tourist board with the amount of publicity talks i do. Shetland is the most requested talk I give, with about 1/5 of the 35-40 talks a year.

Posted by Shetland Storm Force photography at 02:53 No comments:

I remember back in the 1980's when we visited Shetland for the first time it seemed strange to see no geese. We had to wait until the mid 1990's before we got a glimpse of a Greylag on Unst and from there its been a massive expansion with Greylags now settling in most parts of Shetland. Its not uncommon to see twenty of thirty birds with young around Clumlie in the breeding season. 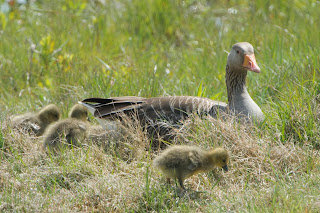 Unlike the birds found in England , Shetland has genuine wild birds from Iceland, but they still cause damage and farmers in the south mainland are suffering from the amount of geese feeding in the fields. As there an no natural predators, other than perhaps the odd otter taking young or eggs left at an unattended nest, numbers are now extremely high and need controlling. 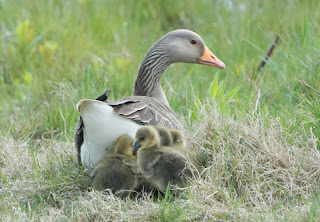 A recent census by the Shetland Bird club revealed at least 5,000 individuals which are resident and a wintering population of over 7,250 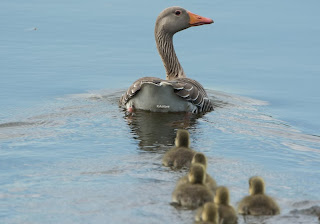 Last year in June we also saw a Canada Goose down at Sumburgh Farm, only the second one we have seen. In South Yorks and Derbyshire numbers have been controlled for a number of years now, not be shooting but by making sure eggs are destroyed. In the 1990's I took part in a wild fowl count down at Rothervalley CP and noted that 500 birds, with some birds moving between Clumber Park , another strong hold. 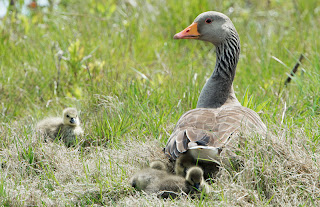 Posted by Shetland Storm Force photography at 08:32 No comments:

Puffins should soon be back on the Shetland cliffs and they are always great to see. Many Puffins were caught up in the severe storms which hit the bay of Biscay last week. Counts of Puffins on the beaches of France near the Spanish boarder found over 12,000 dead individuals amongst over 21,000 seabirds. Most of these were just about to start the long journey back to the breeding colonies in the norther of Britain. Ringed birds for Shetland were found amongst the dead birds. 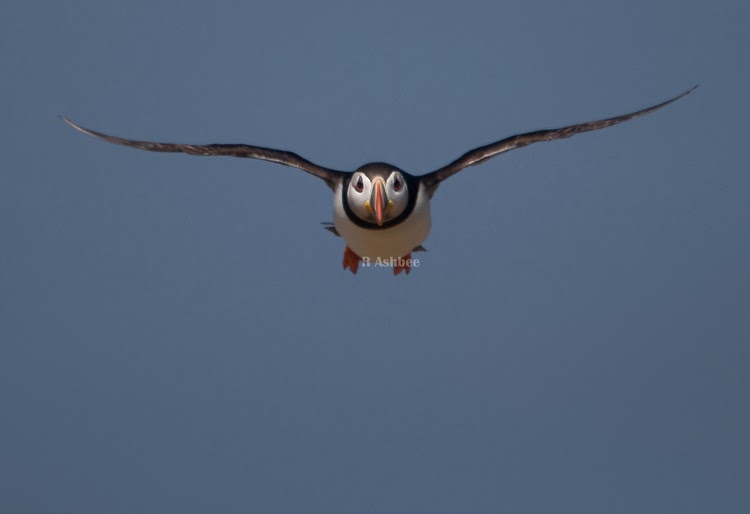 Puffins have been having a very bad time in recent years and numbers have declined. This is down to the lack of sand eels, which in the 1980-2000 were caught in the 1,000's. This has now been stopped in British waters but still continues in Norway and Iceland. Its hard to believe that the sand eels are only used for cat and dog food, surly they could find some other food source and leave the eels alone. Another problem is that sand eels have changed their habits as a result of the sea warming. Now the are diving deeper as they prefer cooler waters 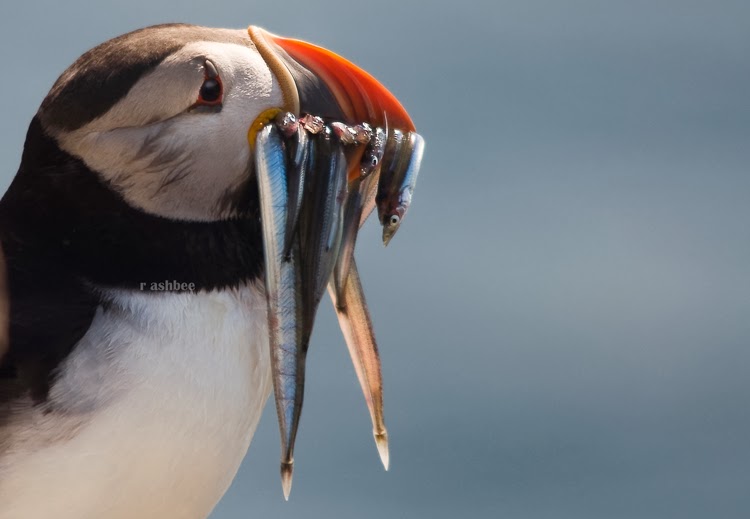 Very few young survive in Shetland  as a result of a food shortage and it has become a rare sight to see a Puffin coming in with a beak full of sand eels to feed young birds.. The puffin cam located on Sumburgh head is a great way to see Puffins underground, this secret life is revealed but also during the past three years that this has been in place no young have survive. Lets hope 2014 is a better year, and a year to celebrate the opening of  the new RSPB centre at Sumburgh head, this has cost more than £4.25 Million and is due to be complete in a few months. 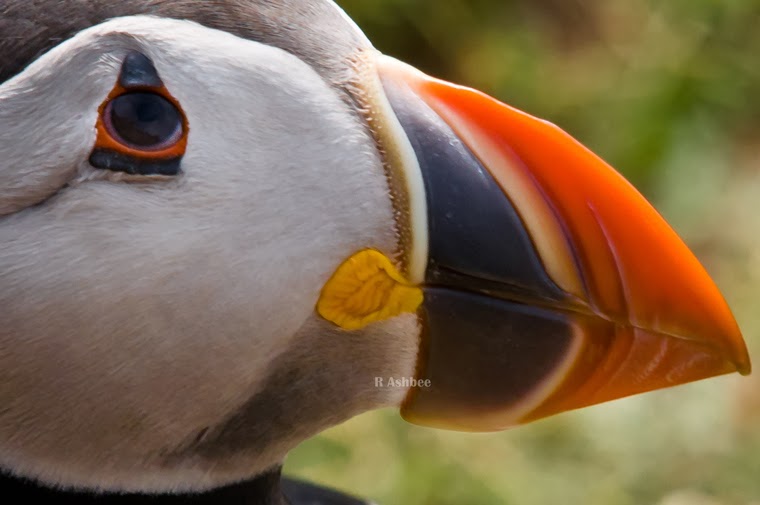 A year ago we were watching Puffins at Sumburgh head when two Americans got out of a taxi, looked over the edge of the cliffs and commented that the penguins looked cute and got straight back in the car and drove off before we could say anything. Also due to the small size of the adult Puffins many people think they are young birds until its pointed out. Just shows you how many people get confused looking at common birds !! 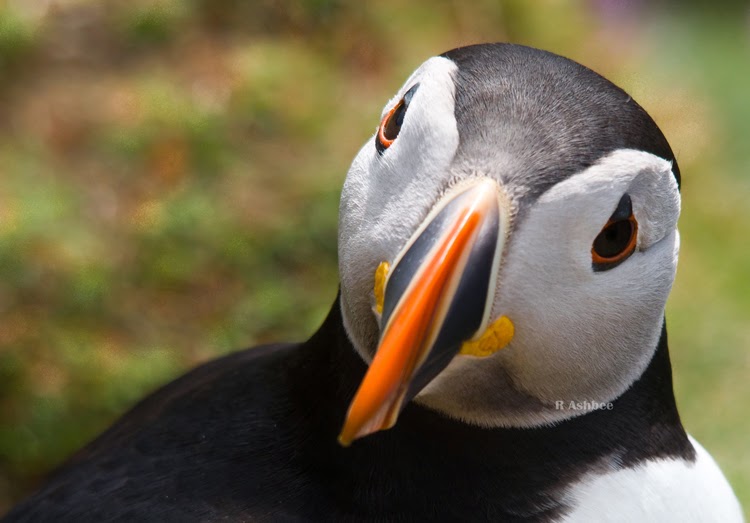 We love to hear them calling, its call an easy one to remember. The colours on the beak are spectacular, but have you ever seen one open its mouth to reveal the orange inner mouth. This is how close you can get to them at Sumburgh, Noss or Hermaness 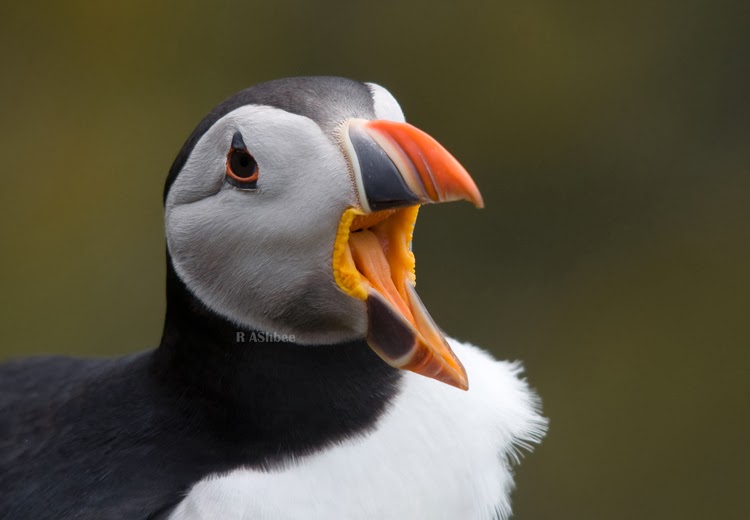 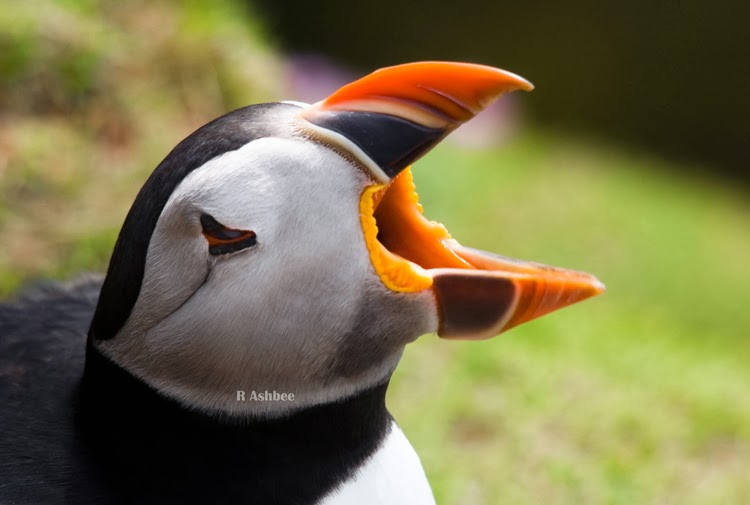 To reinforce the pair bond they do alot of beak clattering, others watch and are drawn in then they get too close and a fight starts with birds tumbling down the cliff face with wings outstretched. After this the start digging and many have dirty faces and after this its about egg laying and trying to raise young. Both adult birds are often away trying to find food. But even if they do find the odd sand eel they risk attacks by Artic Skua, Gt Skua and other gulls - its a hard life. 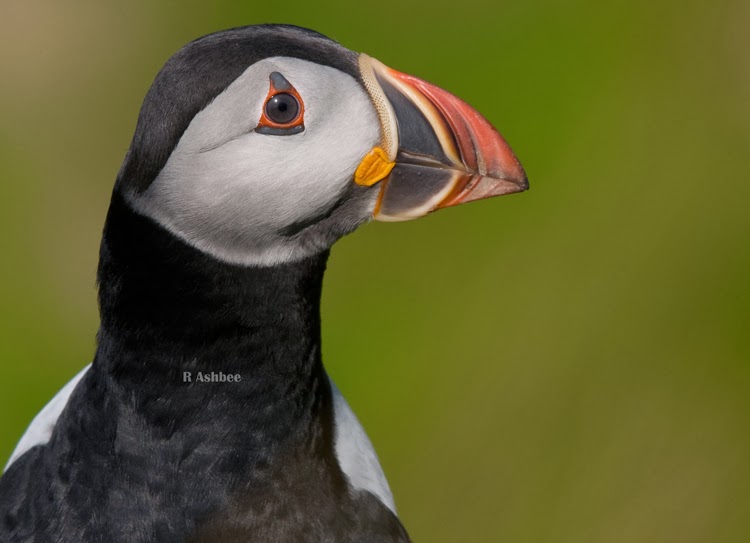 You can then start to understand why large numbers are being found dead, they have not found enough food to sustain them through the harsh winters, body weight is down and they are in poor condition. To try a live out at sea from about August - late February / early March must be very hard for any bird 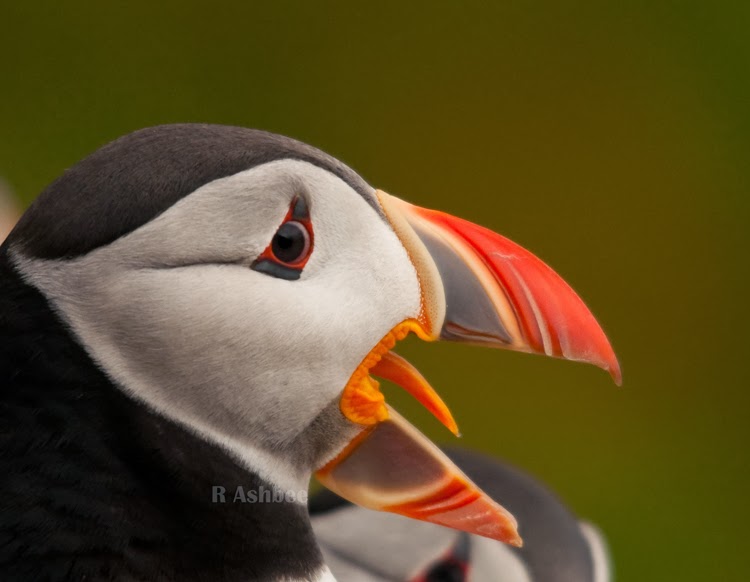 Posted by Shetland Storm Force photography at 09:17 No comments: