My first encounter with snow bunting was back in the late 1970's up at Inverpolly, western Scotland, followed by sightings in the Cairngorms in the mid 1980's. This is a rare breeding bird in the UK, they normally are found breeding around the Artic from Scandinavia to Alaska, Canada and Greenland, we see more in winter. 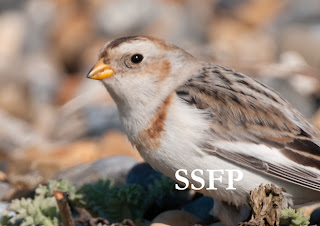 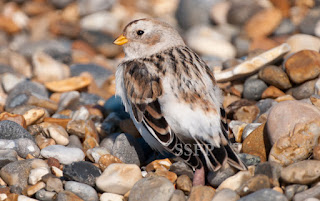 In Shetland I was lucky enough to come across one in late May a couple of years ago on Ronas Hill, a superb male. Late May is normal for late spring sightings in Shetland and can occur anywhere in the isles. 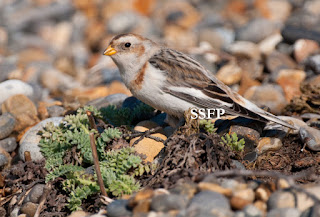 This year snow buntings started to appear on the 12 September, with a bird at Lamba Ness. Birds continued to be seen throughout the month will larger numbers on Unst by the 29 September with 60 birds present. Throughout October numbers continued to build again with 120 at Belmont on the 8th, but by November numbers started to fall to 20-30 birds and the last 3 on the 28 November,  8 birds on Yell 30  December was the last of the year, with many birds moved south.
The excellent Nature In Shetland website great for details of sightings of all birds. 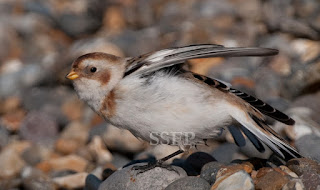 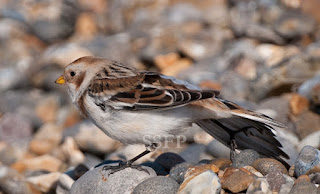 The white plumage evokes images of a snowstorm as the birds take flight. Being 70 + miles from the coast we don't come across birds in and around Sheffield, except for a few on migration and these are usually found calling while flying over. 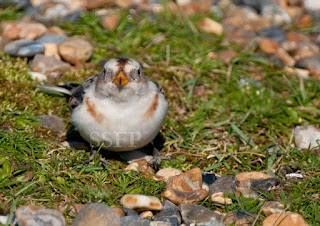 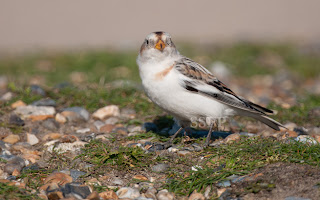 Most snow buntings are found along the coast feeding in open weedy and grassy fields or along shorelines. I have come across flocks at Cleethorpes, Filey, and in Lincolnshire and North Norfolk. and they are normally very confiding . Two races have been identified, Iceland and Greenland / Scandinavia 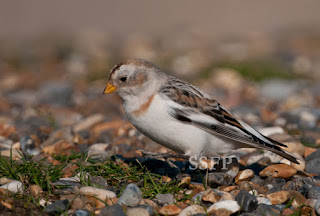 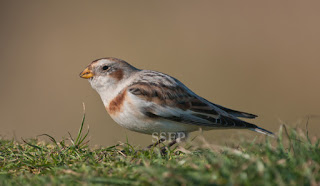 Posted by Shetland Storm Force photography at 06:59 No comments:

With Shetland having yet more snow and ice recently which forced the closure of Sumburgh airport and several schools, its a worrying time for wildlife. They have to survive the cold and often deep snowy conditions. Those that cannot feed need to move south to more open areas otherwise they will die. Migration comes early to Shetland as winter visitors move through from October on and sometimes only stay in Shetland for a short time to feed and build up enough energy to continue their journey. 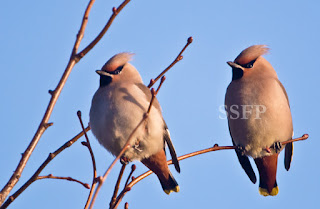 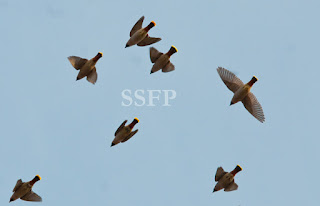 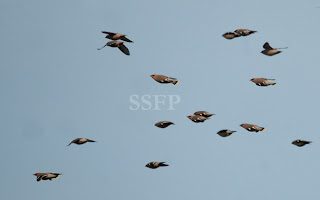 Most Waxwings left Shetland by the 5 December, having spent a  few weeks feeding up on berries, apples and pears.

Down in Sheffield, numbers of Waxwings have fallen from the 700 hundreds to perhaps just over a 100 birds, moving around trying to find berries.

In 2010 Sheffield experienced one of the worst winters since the war. We live on a hill and had 24 inches of snow making it impossible for ground feeding birds to survive in their normal woodland habitat. Most moved to nearby gardens or left the area. 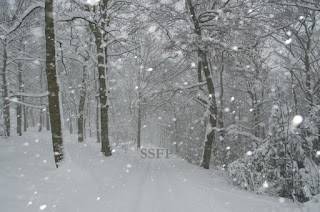 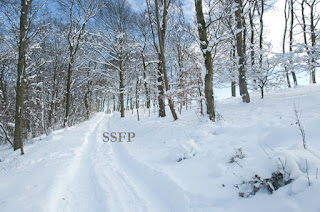 Walking through the woods nearby no birds were encountered on the snow days , with only the occasional Robin moving back in a few days later, finding shelter in holly bushes. Other people reported wrens sheltering in nest boxes, in one 34 Wrens were found in one box, finding warmth together. Roosts of Pied wagtails could be found on top of buildings, at Meadowhall I counted 78 one evening. 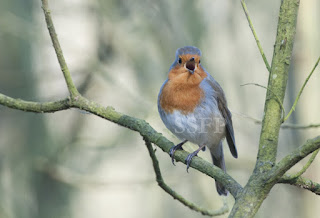 So it is important to keep feeding the birds and also putting out water as well, with such as massive drop in bird numbers these last few years we cannot afford to loose any more. Birds like the Kingfisher move away from inland haunts to the coast where it is generally milder and ice free 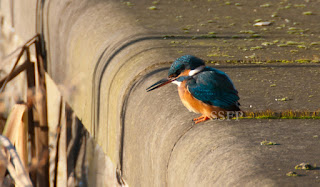 Next Blog will cover the snow birds , keep visiting
Posted by Shetland Storm Force photography at 07:03 No comments: