I feel that Shetland is best approached by sea on one of the daily ferries from Aberdeen. When we first started to go up in the 1980's we traveled on the St Clair , in 2002 Northlink took over and started running the Hjaltland and Hrossay ferries. However in July 2012, the Serco Group took over running the service. 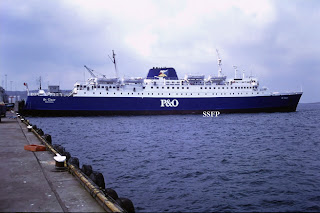 With the possibility of seeing, various seabirds as well as dolphins and whales, ferry travelling  is the best introduction to the Northern Isles. It may be 340 km from Aberdeen and take 12 hours overnight,  but the slow approach as it glides up the east coast of Shetland gives you time to absorb the landscape and feel the wind in your face, a feature that you will have to get used to. 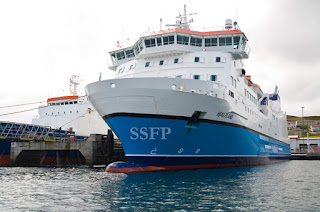 It not all plane sailing, we did travel up on the St Clair in a force 9 gale one year , and I have seen YouTube videos where people were unable to stand up in very rough conditions. But if you decided to go by plane you have to contend with the fog and many a time people have been transferred to the ferry as there was no hint that the fog would lift from Sumburgh airport.

The sea has to be respected and many a ship have been broken by the force of the storm. This one going down the day before we arrived in 2011. The coastguard is very busy in Shetland and well supported by the islanders, with a yearly gala held both in Lerwick and Aith to raise funds 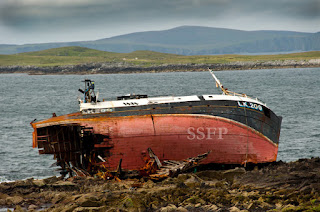 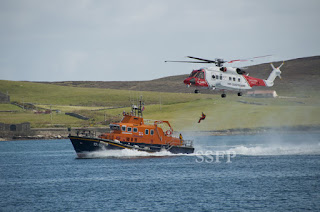 The sea rules the way of life to all living in Shetland, many depend on the sea for a living, seabirds dependent on the sea for food and with no area being more than three miles from the sea, daily life is governed by the sea & weather and not by materialistic items as it is further south. 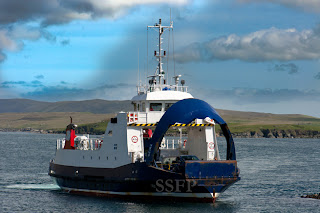 As 15 islands are inhabited, the inter island ferry is an important link and a great way to get to see the different islands, some of which are no longer supported by plane.
Posted by Shetland Storm Force photography at 07:35 No comments:

Having just completed an illustrated talk on the History of Shetland this morning to the Crosspool Probus Group, I have just received two more requests for the same talk next year. This time by the Gleadless Valley History Group and the Fox valley Probus Group both in Sheffield 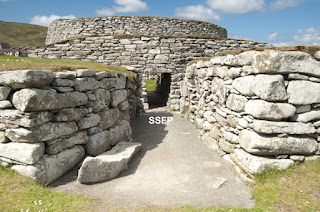 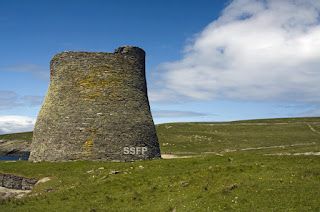 Just been featured in a number of newspapers recently, here is a couple

must say that i don't like some of the wording, such a snapper, sounds like a fish not a photographer
Posted by Shetland Storm Force photography at 08:43 No comments:

Shetland Butterflies are never very numerous. The Large White is the only breeding species in the isles, but this is in decline.

The number of butterfly species in the world is about 15, 000 with around 55 resident in the UK. In Shetland only 14 species have been recorded, most of these only once. With the cool wet climate, Shetland is never likely to have an abundant insect population. Butterflies do not fly in the rain making it impossible to reach food plant.

Almost three quarters of the UK butterfly species have declined in the last 10 years. This has been a very wet Summer in England, making it the worst breeding season for butterflies in the last 25 years.

Shetland does however have migrant butterflies, and it always amazes me that such a delicate thing can fly such long distances.Here are a few -

Red Admiral
This butterfly, a long distance migrant from southern Europe is recorded annually, some years they are very numerous. You may be able to find these June - August in Shetland. 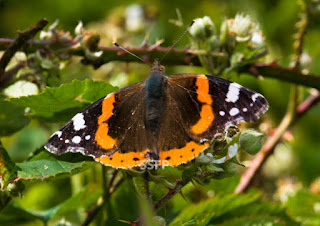 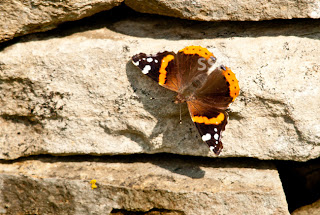 Painted Lady
Found most years but normally scarcer than the above species. Again a migrant from North Africa 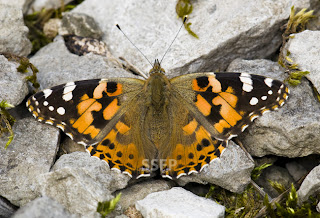 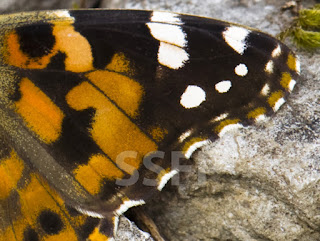 Small Tortoiseshell
Very small numbers recorded each year in the isles. This is one species that has been declining around Sheffield with very few seen over the past 5 years.

Peacock
Only occasionally seen in Shetland , usually in August 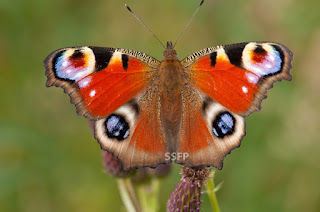 Camberwell Beauty
Last recorded at Hermaness in 1992, with 10 records in total

Swallowtail
Has occurred twice in 1994 and 1995, these being the only two records from Scotland. 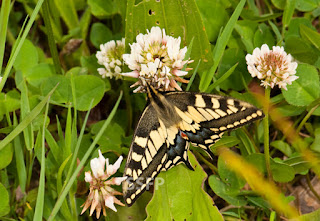 Whether its butterflies, birds or flowers any records are important, not just of rare species which tend to form the bulk of records submitted, but the more common species which are always under recorded. I would therefore encourage everyone to submit records, even casual ones to the county recorder. Don't leave it to someone else !!
Posted by Shetland Storm Force photography at 03:13 1 comment: