Anyone starting to get interested in birds should start with a visit to a seabird colony. In Shetland we are fortunate to have several large ones, the best at Sumburgh, Noss and Hermaness but also lots of smaller ones but just as interesting 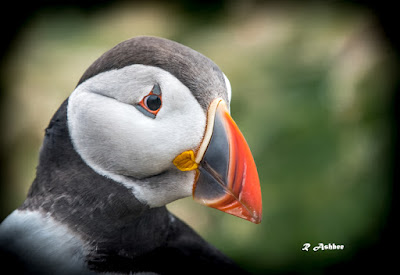 Puffins always draw a lot of attention and rightly so, they are so interesting to watch and are very colourful. It looks like they may be having a good breeding season for a change with a good number bringing in fish, mostly Sandeels 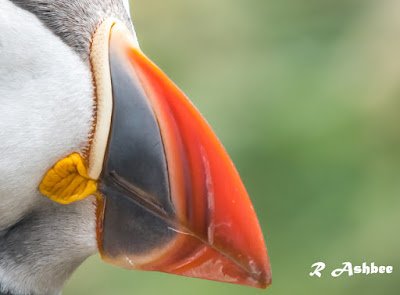 When you get close up these little birds are even more amazing, look at the stitching around the beak, only an expert could do that. 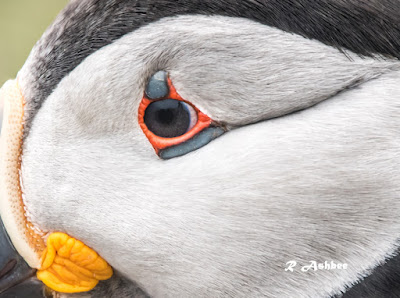 How different they are in winter when they shed the colourful beak and take on a darker, dirtier look. But then most people wouldn't be out in the north sea where they are found during the dark winter months. 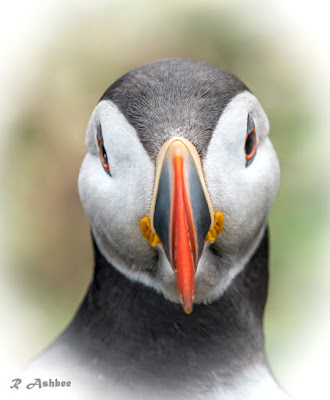 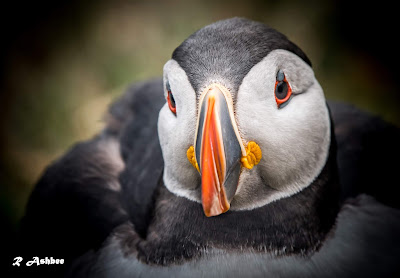 Pufflings are just about ready to fly, these come out late in the evening before they jump off the cliffs, some 600 feet high up. Parents then guide them out to sea away from predators such as Skuas 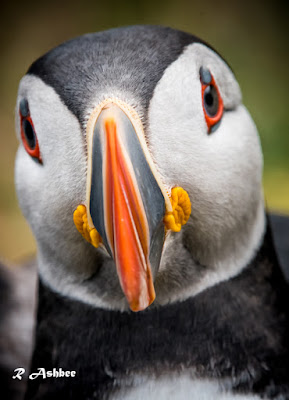 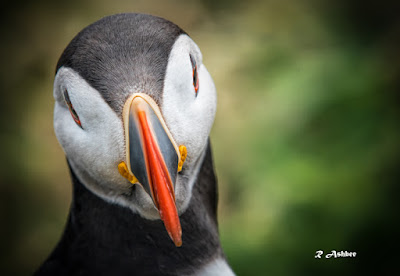 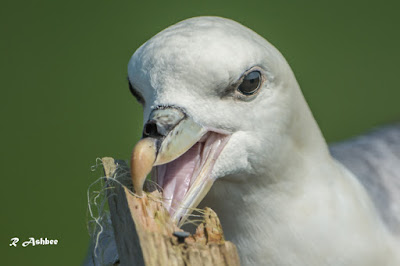 Fulmars can be found through Shetland, some on inland cliffs and even nesting on the ground on Mousa. 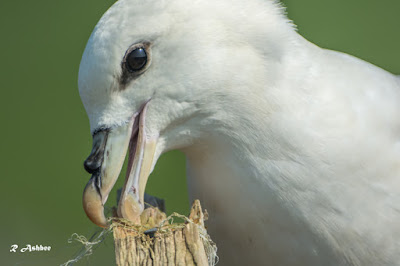 They hardly make a nest so it was interesting to see the above Fulmar tackling a piece of wood, surely not to use in a nest.

Please check out my other blogs

How important wind has become, in the local news this week a proposed 50 turbine windfarm in  Yell , Energy Isles the firm behind the project. If you look at the directors you can see a few folk from Viking Energy, they say the usual things like we have home grown opportunity which can have a direct and positive effect on our local economy'. These will be 200m high 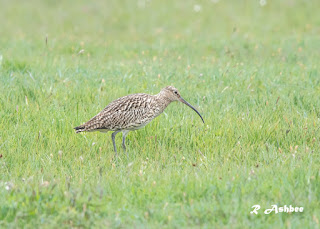 
One new thing they are trying is now 37 companies have bought 10,000 Energy Isles shares in an effort to win some support. 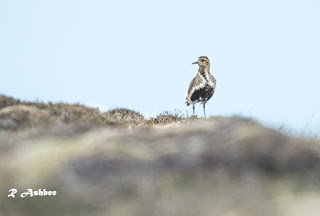 Complaints were centred around the effect on the potential impact on birds, but although the RSPB had been consulted it did not object, this is not the first time they have decided not to put there weight behind an objection - you have to ask yourself what is their purpose !!!!!!!!!!!!!!!!!! Glad I left them years ago. 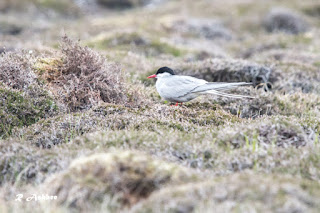 The propose 103 Viking Energy wind farm which will have turbines as tall as 145m,  awaits a decision in Spring 2019 as to whether they will receive subsidies to allow an interconnector to be established from the Scottish mainland to Shetland to allow the export of power. 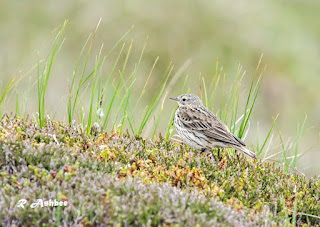 If it gets the go ahead others will spring up in addition to the main project, a further 80+ are proposed in Yell , 17 already confirmed with Peel energy . Another 12 planned for Lerwick to Gulberwick to Scalloway with Peel energy.

Shetland will be destroyed all for a 25 year life span.

So you would think that a conservation body such as the RSPB would object.

RSPB Scotland has said it "strongly supports" wind farms, but in locations where turbines do not pose a risk to birds.
https://www.bbc.co.uk/news/uk-scotland-highlands-islands-36367044 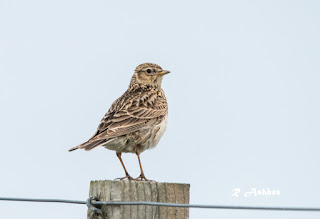 Look at this though https://www.telegraph.co.uk/business/2016/07/19/offshore-wind-farms-in-doubt-after-rspb-gets-planning-consent-qu/

The RSPB claimed that the projects, in the firths of Forth and Tay, would together result in the deaths of "thousands of gannets, puffins, kittiwakes and other seabirds from iconic internationally protected wildlife sites like the Bass Rock and the Isle of May" each year. 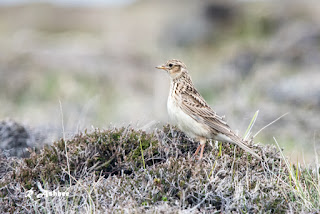 Now as far as I can see Shetland is one of the most important areas for Seabirds, we should see some results soon from the current Seabird Census. In addition, Shetland is a major site for migrating birds just how many birds will be lost to wind turbines, that's not counting the cost to our breeding birds such as Red Throated Diver, Whimbrel, Arctic Tern, Skylark or Curlew, for one I don't want to see any. 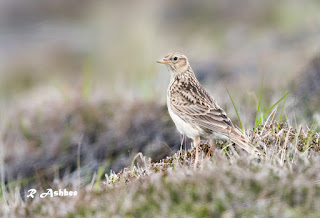 
Posted by Shetland Storm Force photography at 11:02 No comments:

Just finished analysing the figures for this years Shetland Breeding Bird survey. As before I completed two 1km squares and these are the results

Its good to see Oystercatcher increasing while Curlew which seems to do well in Shetland compared to the rest of the UK , holding their own. Skylark numbers up on both plots with Meadow pipit slightly down.

As with all these figures you have to get a good number of years before a good comparison can be made. All this information has been passed onto The Shetland Amenity Trust which has been conducting this survey and results are normally published in the Shetland Bird Report
Posted by Shetland Storm Force photography at 14:37 No comments: