During the week conditions have been reasonably good and over 100 Eider have been in Scalloway bay along with several Red Breasted Merganser, Black Guillemot, Common Guillemot and Shag. 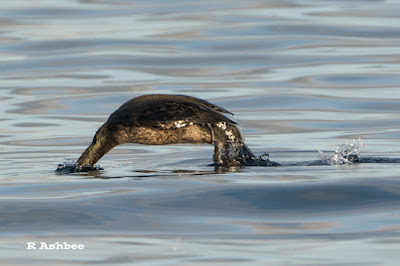 I decided to have a look round Sandwick and Saturday seemed to produce more birds than the past few weeks. A good number of Thrush could be seen feeding in fields with a return of Fieldfare, Redwing and Blackbirds. Even in our garden we had several Blackbird around with our usual Rock Pipit, Starling and House sparrow. 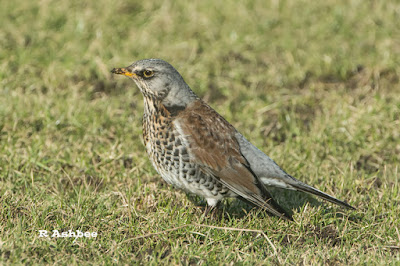 In the fields around the Wart, three flocks Twite of around 10 birds fed in between numerous Golden Plover and Curlew. Greylag fed in a couple of field, perhaps around 70 but never easy to approach. While I was scanning the Geese for unusual visitors a Ring tailed Hen Harrier took off and was quickly harried by three Hoddie crows. It flew down the road and up near a deserted croft, landing briefly before disappearing over the hill. 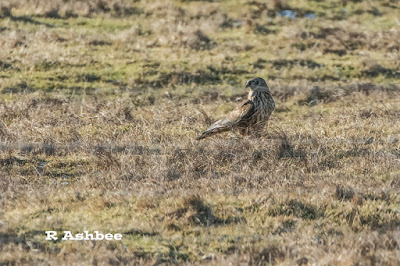 This is the third time I have found Hen Harriers in this area, always a good bird to find. Another couple of Hen Harrier have been seen in Yell over the past few days. Another raptor, a Rough legged Buzzard is still around Sullom. 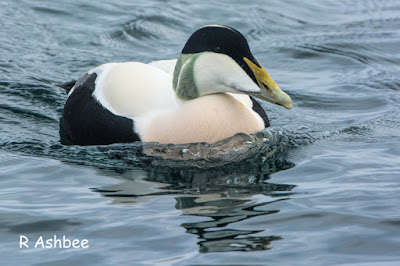 Not too much on the sea either at Sandsayre or Sanick, only a dozen mallard, Goldeneye(6) Long Tailed Duck (4) Shag (4) and a few Fulmar, Herring and Common Gull. 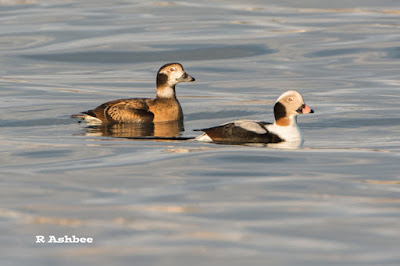 Down at Hoswick a pair of Collard Dove was unusual and a dozen or so Blackbird, a couple of wren and House sparrow all seen around feeders.
Posted by Shetland Storm Force photography at 04:18 No comments:

Very little bird movement after the storm last week when several Little Auks could be seen in sheltered bays in the north. 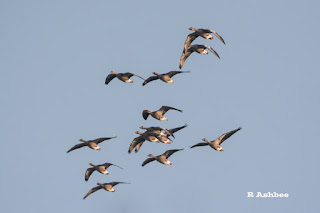 Lots of Greylag are currently feeding around Sandwick and are causing problems to farmers. 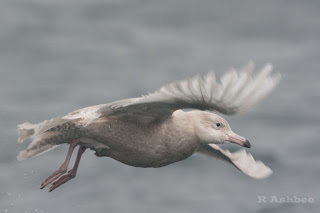 Its always good to see a white winged gull, this week i have seen Glaucous Gulls at Spiggie and one at the catch in Lerwick (photo). At first there was only Common, Herring and Black headed with a few Fulmar but this large Glaucous turned up and flew passed twice in 45  mins 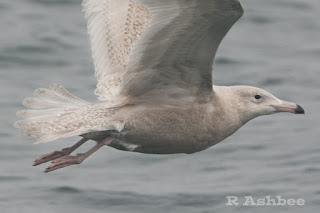 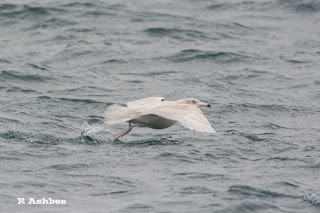 It came to rest on the sea only once. An  American Herring Gull is still on Whalsay with an Iceland gull, while a few other Glaucous gulls can be found on Yell, Unst and Fair Isle. 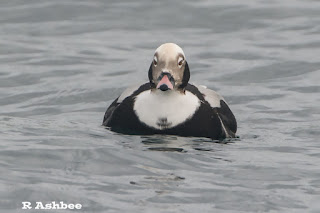 Surprisingly only one male Long tailed duck could be seen. These are still around the coast in good numbers, especially in the south mainland 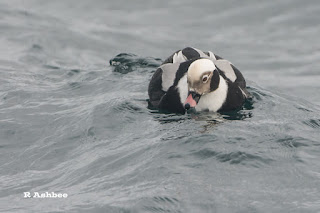 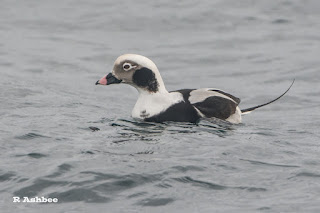 Around 70 eider, most resting across on Bressay could be seen with the occasional pair flying over to the Lerwick side. 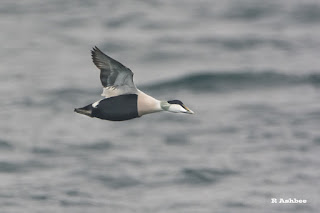 At least 8 Grey Seal came in close for a look, and of course to be photographed. 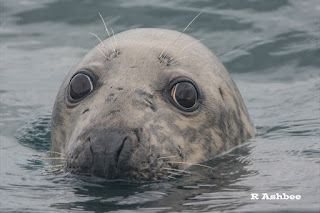 Today we managed to get down for a short visit to Ireland near Bigton. First time here and if it wasn't for the weather would have spent more time. The fields around the beach held Curlew (147) Greylag (56) starling (200+) Turnstone (76) while down on the sea Mallard (12) Gt Northern Diver, Long tailed duck (4) Black Guillemot (2) Fulmar(6) Raven (12) and Hoddie (6)
Posted by Shetland Storm Force photography at 12:11 No comments: