When I think of visiting Shetland, a trip to Unst is a must and certainly onto Skaw the most northerly inhabited place in the UK. 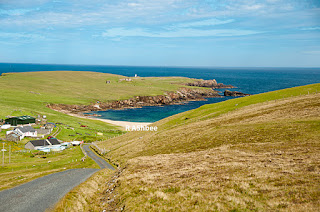 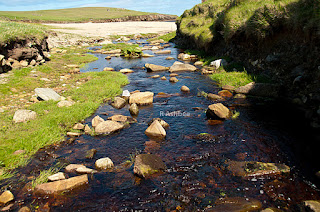 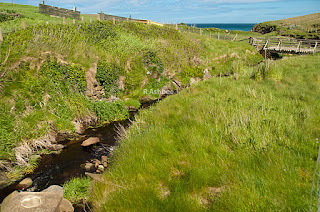 Although we have seen some great birds at Skaw we haven't seen many people which is always a bonus. The stream down to the beach always seem to hold migrants. On a previous trip we watched Moltoni's    Subalpine Warbler(First for Britain) collecting nest material and building a nest in the spearmint patch beside the stream, with no other birders around. 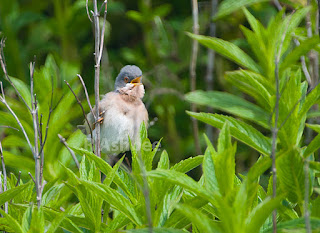 This month we were treated to sightings of Little Bunting just beyond the little bridge, sea side. It flew up from the bank and headed down towards the coast where we saw it again before it was lost from sight.

Meanwhile back at the spearmint patch a noisy starling had made a nest in the rocks and the pair constantly returned with food for the young. At the bridge a wren called which drew our attention to another warbler, this time a Chiffchaff. Then a Lesser Whitethroat jumped up on the fence post and allowed close views before it made its way along the bank. 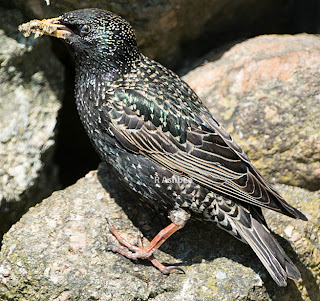 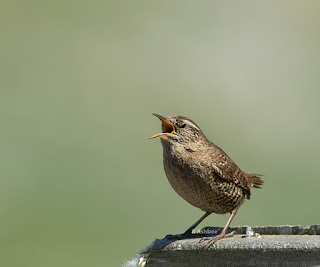 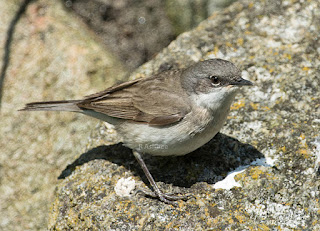 A few feet further on, a female Red backed Shrike appeared carrying food, then flew onto a fence post before disappearing behind the house. A Marsh warbler sang from another fence post further up stream and a Common Redpoll also put in an appearance close by. 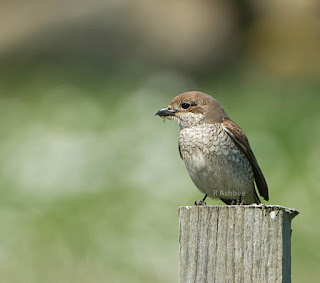 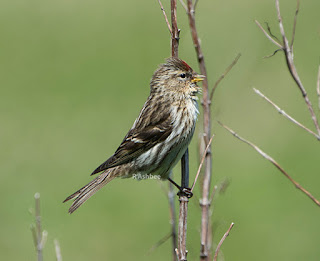 Heading down to the beach Ringed Plovers ran along the beach calling, a pair of Artic Terns rested on the beach, then started to preen, others passed hunting over the sea. A large flock of 78 Oystercatchers , could also be seen at the northern end of the beach, presumably non breeding birds. 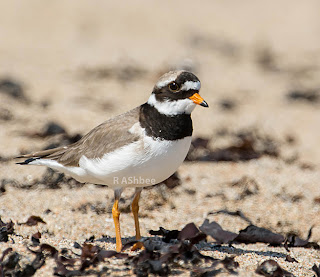 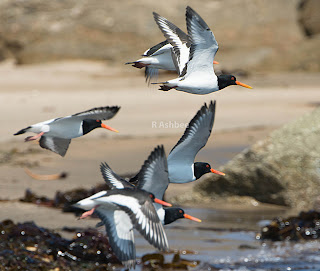 Just off the beach a party of male and female eider ducks splashed about in a courtship ritual, calling all the time and occasionally a Gannet made an appearance.
Posted by Shetland Storm Force photography at 06:42 No comments:

It was great to be back in Shetland over the last couple of weeks. The weather couldn't  have been better for us and the birds and other wildlife we came across was superb as ever. I always keep an eye on the Shetland Nature website to see whats about and what might be lingering a few days. Spring birds don't normally hang around but just occasionally you are lucky.

It was good again to meet up with Jim Nicholson and to meet Gary Bell (local) and Martin Garner of Birding Frontiers. I always find that people are so friendly and want to share information of whats about and the finer details of identification. Up in Shetland you can have so many different races of warblers and Redpoll it makes it challenging to any birder, but with local knowledge and experince it can become a little easier. That only comes with spending lots of time in the area, hopefully I will be in a position to do that soon. Birds that are familiar around Sheffield take on a whole new meaning in Shetland.

Once you have got to grips with what is common and not, and having spent a fair few hours looking through many Shetland Bird reports, i can now say which is more likely to be seen in Shetland. A Little Ringed Plover, regular and fairly common around Sheffield turned up at the Lock of Hillwell  just as we visited. This has only been recorded 12 times so this was a very scarce bird in Shetland and it didn't stay around long. 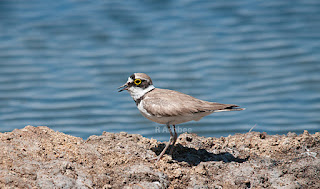 The Short Toed Lark which stayed at Sumburgh for a good few days eluded us on several visits, while other seemed to see it on a first attempt. Responding quickly to current information is a bonus to those on the web, or with text contacts. A number of locals managed to see the Woodchat Shrike that had a brief stay at Baltasound on Unst, but as I only had access to the web on occasion I missed out.

I have been told that you should have been here 1/2 hour ago or that the bird had just flown behind me -this did happen in the Cairngorms when a Capercallie flew passed- i did catch up with the Capercallie bird later. Its good to hear what is about but impossible to see everything on a short trip. Shetland reveals many secrets slowly and throughout the year, making birdwatching compelling at all times.

With very few birders about you might know that a bird has turned up, say at Grutness but with no one to guide you , you still have to re-find it. This has happened with several birds over the years, its hard to believe that no one else was watching the Icterine or Sub-alpine warbler, when back in England it would have drawn a crowd. This is what makes Shetland so special, it is just too remote for people to turn up in a few hours and with a tremendous cost involved. Some do make the trip to see one bird, but what a shame, Shetland has so much to offer.

Back in the 1970's when I had just started birdwatching, I knew a few twitchers who wouldn't look twice at a Starling or a Sparrow.  Look now, they are declining to such an extent that to see one locally in some parts of England is to see a rarity. Fortunately I love to see all birds and never get tried of seeing the same species, there is alot to find out about the more common species. In Shetland they still have a healthy population of Starlings and House Sparrows but very few people report or study them. 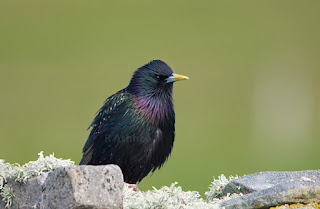 It was sad to read that the Puffin cam chick at Sumburgh head has failed to hatch. This is the third season that they have failed. The RSPB have also indicated that this is looking like another bad year for the seabirds. 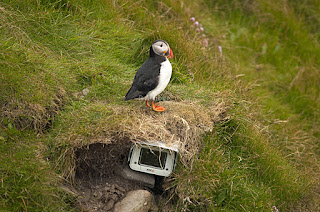 Puffin no long on Puffincam 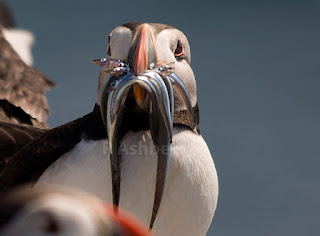 We need to see more of this !


Last week I saw only three Artic terns carrying very small Sandeels into the Grutness colony. Lots of Gulls stood around waiting to predate any young that might appear. 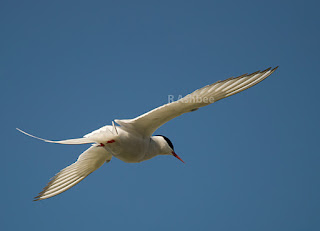 Posted by Shetland Storm Force photography at 02:41 No comments: