With the news this week of Ordnance being found on Langsett Moors, close to Sheffield it just shows that you have to take care when out watching nature. Your mind will be on other things not whether un-exploded shells are laying about. Just in one spot over 30 pieces of ordnance were found including an 18 lb shell. This was exploded by the army which caused a 2 metre hole. This area was used to prepare for the D-Day landings back in 1944.

Shetland was also heavily involved in WW2 and many remains can be found scattered around the islands, this includes this German Bomb which we found as an ornament in a garden at Sand Sound. Last time we went back it had been moved. 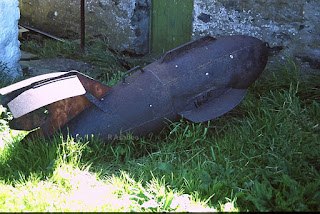 Now snakes are not a problem in Shetland, but around Sheffield we have a reasonable population . On the moors Adders can be found if you are quiet and move slowly. They can pick up vibrations as you move so often people don't even know they are about. Males come out of hibernation in February providing it is still and sunny and you can often find them in sheltered areas close to bracken and heather. The larger females tend to come out a month later. 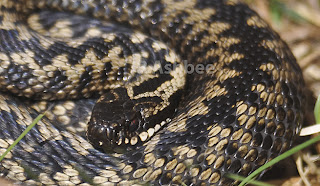 Around 100 people a year are bitten by Adders but so far only 12 people have died from bites. Dog fatalities are commoner in early spring, possibly because their venom is more concentrated after overwintering. 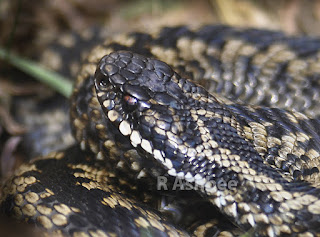 Another danger, or experience worth encountering is that of a Gt Skua or Bonnxie. If you go to Hermaness its impossible to avoid them as you are going through territory after territory to get over to the cliffs. The most aggressive are the ones that have laid their eggs or have young ones and especially those who nest on higher ground. These birds may be the older mature birds and they certainly pack a punch. I have been hit on the head, not by its beak but by its feet. Normally the birds work as a pair, one coming at you at head height, then the other following up from the rear. 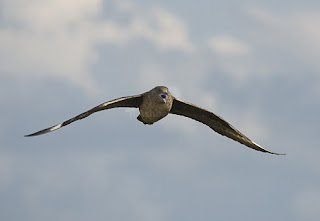 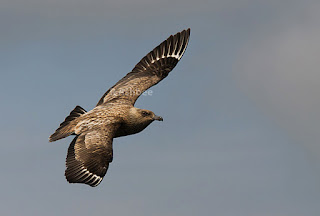 Posted by Shetland Storm Force photography at 04:29 No comments:

Its amazing how good some people's ID skills have developed. Only the other year while we were visiting Unst we went to Skaw to see a Sub-alpine warbler. With no one else about we watched the bird for about 1/2 hour where it collected nest material to build a nest in a spearmint patch next to the stream. 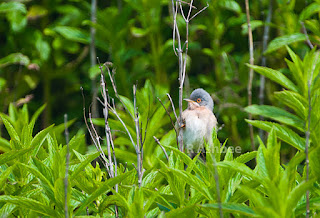 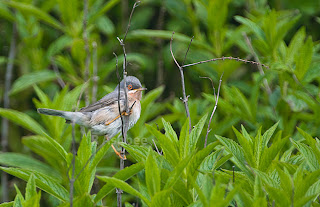 On several occasions it sang. We had great views and it was only when we returned home we discovered that someone had recognise the call as that of an Italian Sub- alpine warbler, amazing!!. This then was a Moltoni's Sub-alpine warbler, the first to be recorded in Britain. 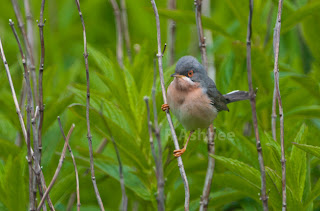 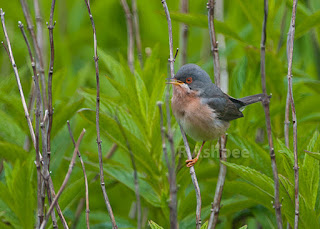 Often Shetland has a Mediterranean feel with birds you would expect to be sunning it further south. We have had good views of Golden Orioles at the woodlands of Kergord and Halligarth on a number of occasions. Bee-eaters up at Vidlin, which looked totally out of place with Shetland sheep walking past. Red backed Shrikes, which have bred in the southern mainland of Shetland, Marsh warblers on a number of occasions and Bluethroat , one of my favourite birds. 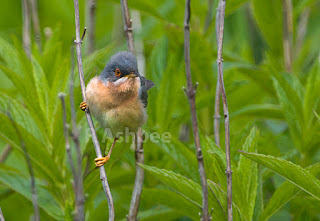 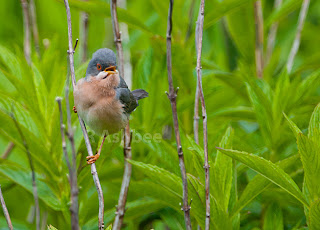 This all adds to the excitement with birds appearing from all points, within a few hours you could be watching birds from America, the Artic, eastern Europe or the Med


Posted by Shetland Storm Force photography at 08:11 No comments: