A rare Siberian Stonechat turned up in Scalloway and was showing well but i found out too late the first day. 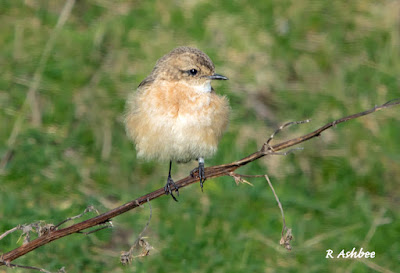 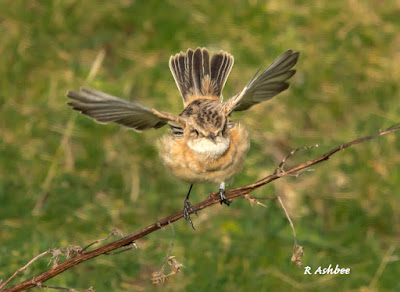 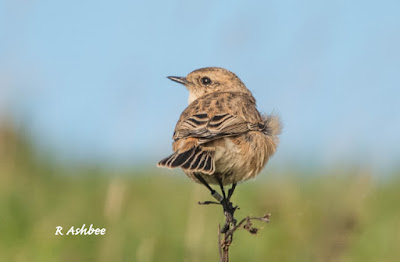 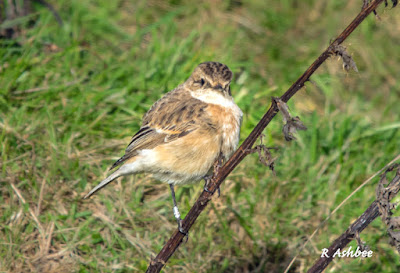 Two other birders were on site and had seen it briefly. After a short search the bird turned up in a weedy area at the top of a drive. 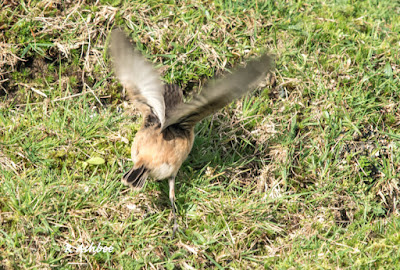 It showed well for a good 5 mins before heading towards the gardens. A male Bullfinch was also seen here , another uncommon bird. 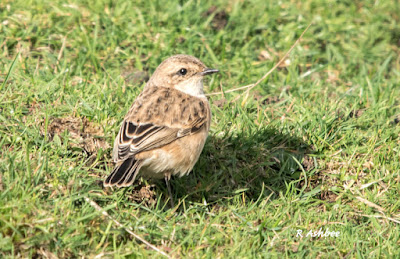 Last year i had good views but no photos of a Siberian Stonechat at Swinister Burn, Sandwick so it was good to get some photos in good weather. 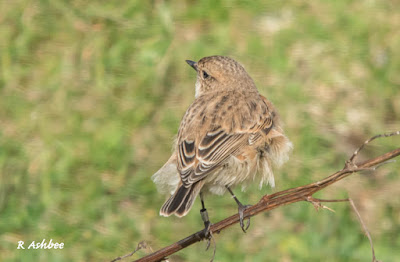 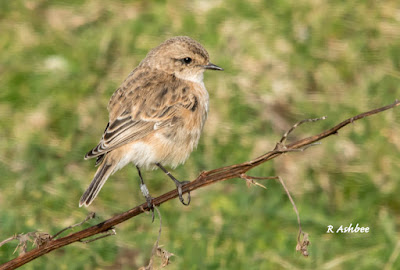 Its range covers East - Western Siberia, with the subspecies ` Maura' breeding over most of the range, often separated into two subspecies, the easternmost one called stejnegeri . This one is thought to be this subspecies, it was ringed a few hours before i photographed it with DNA taken. 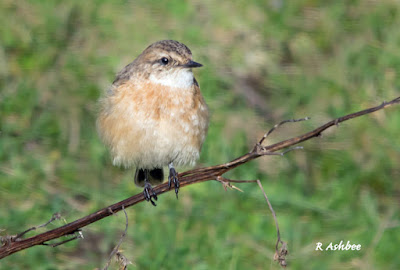 The race variegata is basically similar to the respective plumages of maura but it shows a considerable amount of white on the inner part of the tail. This Stonechat stayed for four days 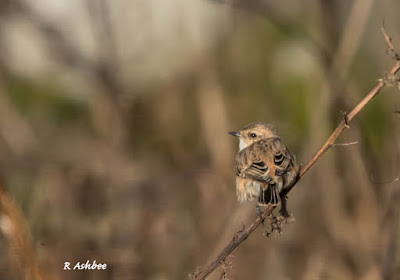