Birders with patience and time

Birders have to have a lot of patience and time. The other day i spent 3 hours looking for the Lunna Melodious Warbler. Gazing into lines of Sycamore bushes may not be most peoples idea of fun but it can be worth while especially if you know a bird is present

I met Simon Colenutt who was up from Hampshire and had been on site for about 45 mins before i arrived and had no sign of the warbler. After splitting up we had to shelter as a heavy rain shower moved in before starting the search again. 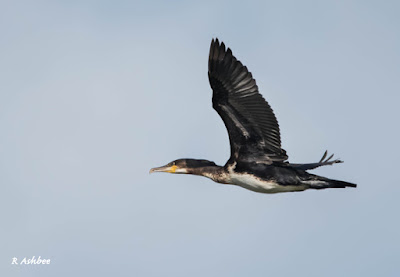 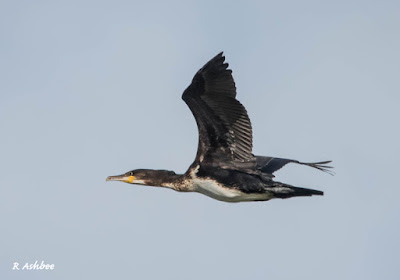 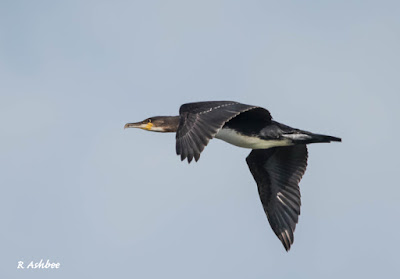 Simon called to say he had a brief view down near the entrance to the Kirk so i head down to find it had disappeared again and despite an extensive search we could not find the bird again. We packed up, i headed down to the pier and Simon back to his car where he met a couple of non birders who described the warbler and confirmed its ID when shown a photo. They had it in the Kirk grounds, along the wall then on the grass, typically we couldn't re-find the warbler. That's how things go and made worse when Simon found the bird again about 1/2 hour after i left Lunna.

A second visit was just as unproductive and no Melodious warbler seen in 2.5 hours, but at least the sycamore bushes looked good. Another birder turned up and spent about the same time but the bird must have gone with no sighting.

The Citrine Wagtail could have been a similar tail, with a quick ferry journey across to Gardie on Bressay in the rain 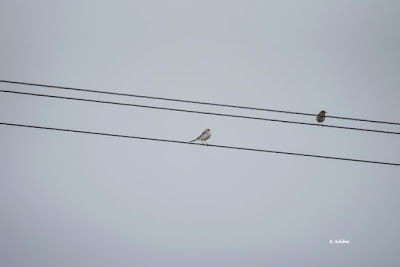 The Wagtail had been present for about 10 days and according to reports favoured the gardens. I check these out first and apart from a dozen Blackbirds no wagtail was found. I walked back to the drive in the rain and started to scan the field and there it was, briefly perching on a broken branch before shooting off up the field and out of sight 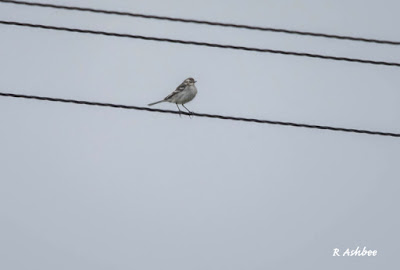 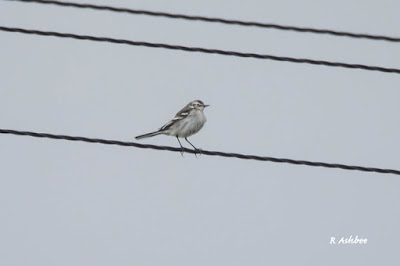 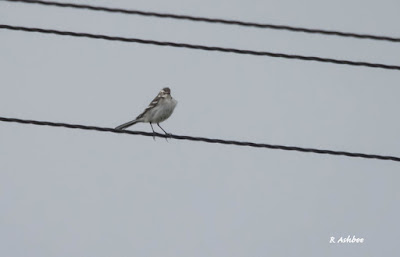 After an absence of over an hour checking the gardens on a regular basis i went up to the top of the drive and looked over the small pool which held Redshank (63) Snipe (12) Turnstone (18) Ringed Plover(6) common Gull (12) and many Starling. 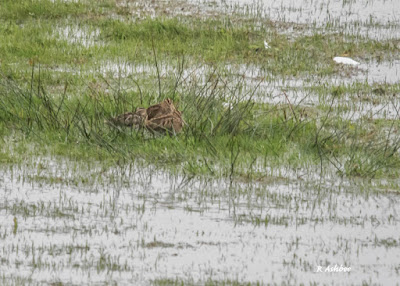 Just as i was leaving the Wagtail flew up from the field and perched on wires for a couple of photos then flew down towards the hedge, distant views but worth the trip 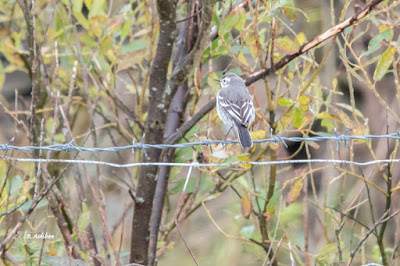 Again another couple of photos before it flew north and over the gardens but despite a long search could not be found. With no other birders around to help i headed back to the ferry seeing a Slavonian Grebe just as i was called onto the ferry. 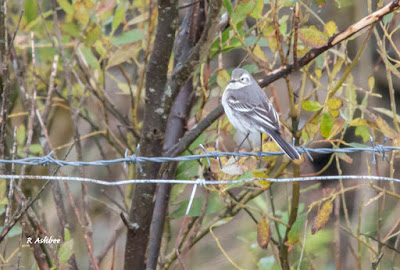 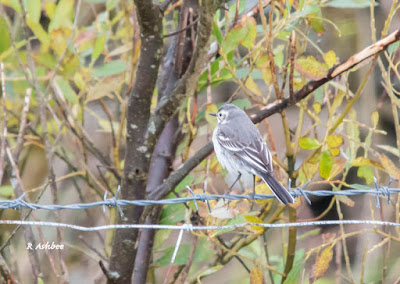 A lot of birders have headed north to Fetlar with the male Snowy Owl showing well while others have been in the south mainland where a Corn Bunting (rare in Shetland) and a Red Breasted Flycatcher were the main attractions
Posted by Shetland Storm Force photography at 08:30