Shetland getting better for migration

The number of birders have increased dramatically as it usually does at the beginning of October- normally the peak week for migration in Shetland. If you are on holiday you would have time to get around to see the birds, many were well spaced out between the islands, not so good when work gets in the way

The wind though has been a big problem with Force 6 most of the time with some heavy rain as well, not the best for photography. Ok if these had been easterly winds, but they have been coming across from the west or north 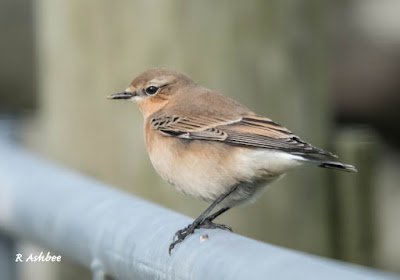 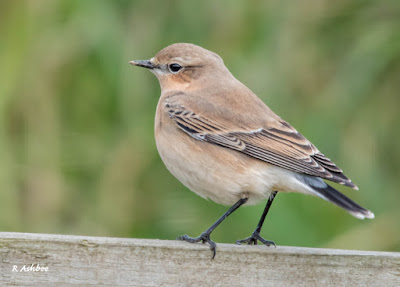 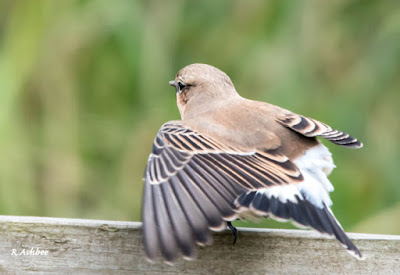 Onto the birds- well this Autumn has been very poor compared to the past few years. But with the increase in birders the coverage has gone up and more good birds have been found. Despite the Yellow Breasted Bunting on Whalsay the places to be have been Foula and Unst, both time consuming trips. 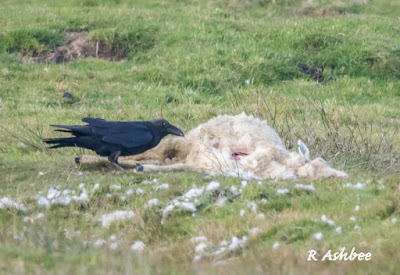 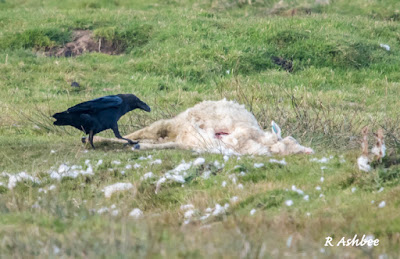 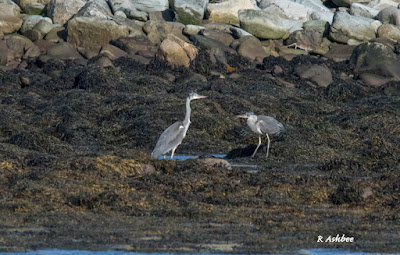 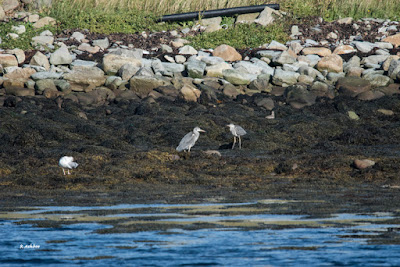 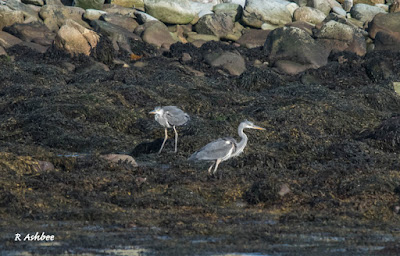 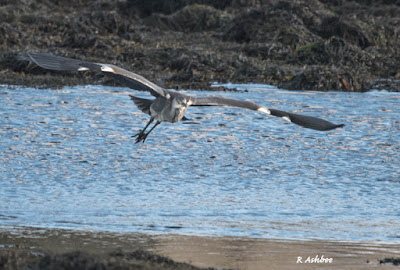 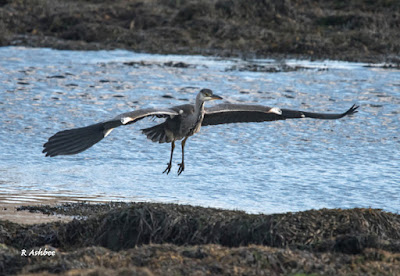 In the south mainland the Pied Billed Grebe turned up in the same spot it was found earlier in the year, (see earlier blogs for photos in Spring) most people assumed it had been elsewhere in the summer, perhaps Iceland. It gave good views and attracted a ` lot of birders' Lol, may be 30 when i was present. A Slav Grebe was also present with Goldeneye, Tufted and Wigeon. Also on Spiggie Whooper Swan (28) Mute (6) 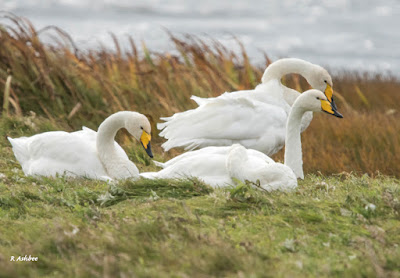 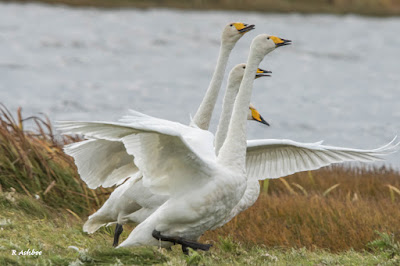 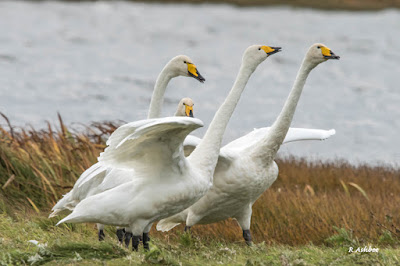 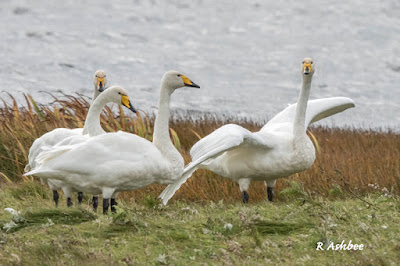 The Marsh Warbler however proved more difficult and despite seeing it about a dozen times in two hours it would just not rest more than a second. Again the vegetation seemed more dense that at the same point last year and it was a Force 6 wind . 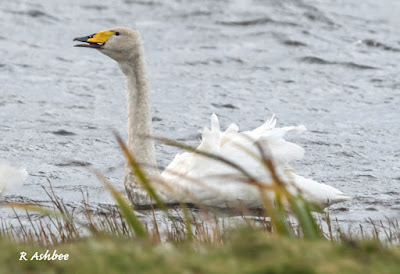 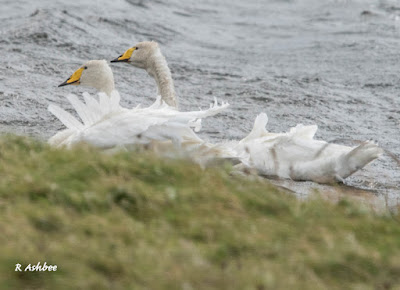 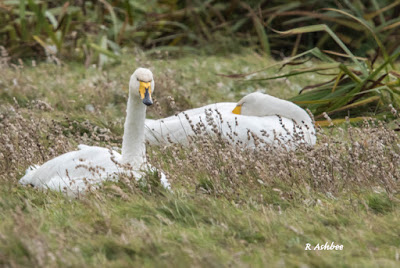 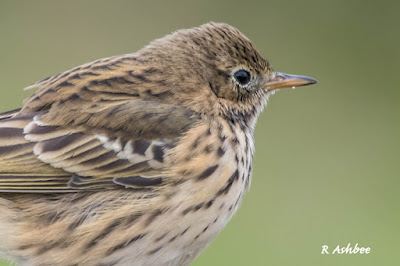 There have been two Little Egrets, one out at Tingwall and the other which i saw was down at Cunningsburgh opposite the marina and gave good views despite the strong winds. 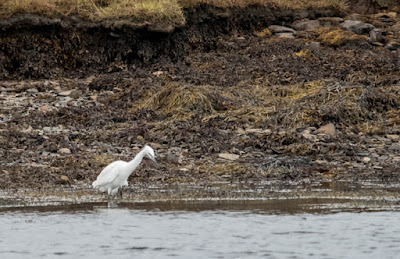 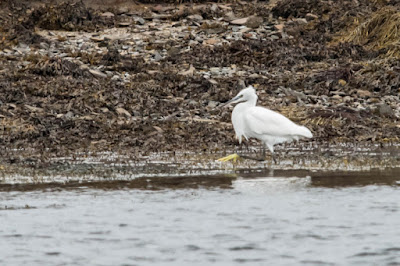 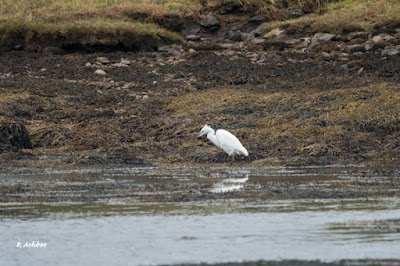 Redwing are still arriving in small numbers and geese have increased as have Golden Plover with three hundred in four flocks in the south mainland. 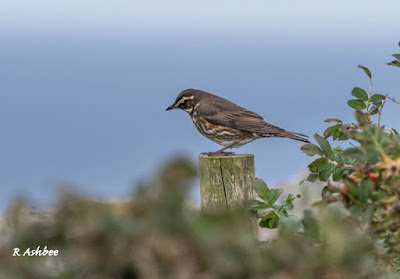 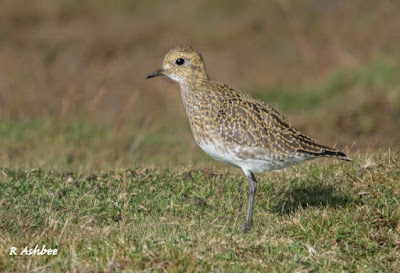 Saturday
Grutness was quiet with only a few birders present looking at a flock of Long tailed Duck (6), a Little Gull was picked out in a large flock of gulls resting just off the point with Black Guillemot(8) and an Arctic Skua put in a very short appearance, Gannets crashed into the sea and a flock of Shag rested on rocks near the cairn. I talked to a birder who had been up to the Quarry where he said the Marsh Warbler was still present but keeping well into the vegetation giving only brief views in 1.5 hours. Getting back to the pier a Red Throated diver showed briefly before flying off as the Good Shepherd arrived from Fair isle with 150 sheep aboard

I took a trip up Quendale in good weather.  Around the bridge at least 50 house sparrow and 20+ Starlings showed in the bushes with one Wren. Nothing was flushed from the burn but at the dam a few birds started to show. First two Swallow flew down the valley, a Kestrel was seen across the field and about 30 Skylark took off from the bare field. This also held 12 Blackbird and another 6 could be seen on the wall opposite. A small party of 5 Redwing flew in and started to work the field. Meadow pipit, Twite, Rock Dove, Raven, Hoddie, BH Gull, Common Gull all flew over. 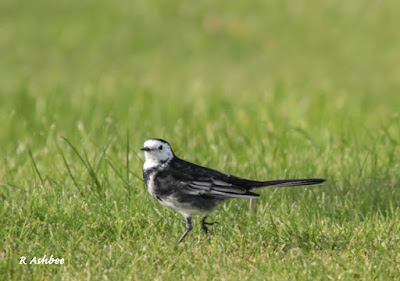 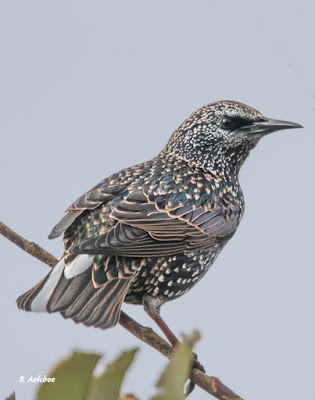 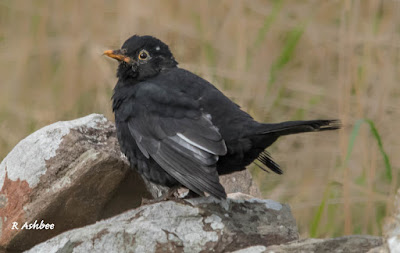 Close by on Hillwell a flock of Tufted (22) Mallard(12) Gadwall, Wigeon (28), Swallow(2) Lapwing (6) Coot, Moorhen (4) Grey Heron all showed well. I continued to walk over to Brake but little showed, only Skylark, Meadow Pipit, Rock Dove (30) feeding in a crop, Northern Wheatear (4) along the fence. A skein of 80 geese flew over, mostly Greylag but did include 4 Pintfeet 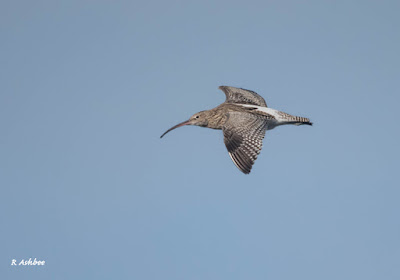 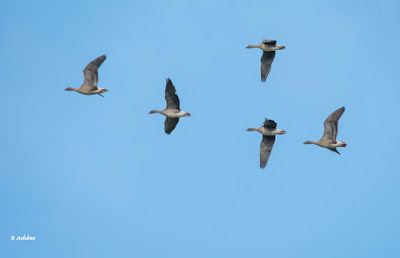 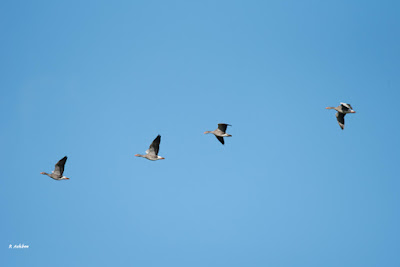 The other week i did see 50+ Swallow, House Martin and a Hobby (rare in Shetland) down at Quendale and a few Goosander over at East Voe Scalloway 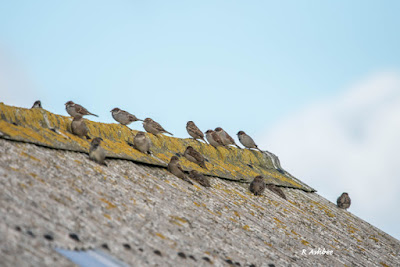 Lots of House Sparrow at Quendale