The population of Arctic Skuas has declined by 81% according to the latest report by the British Ecological Society. 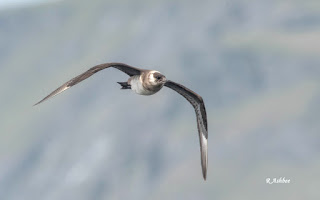 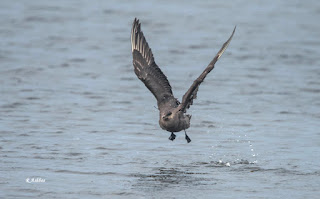 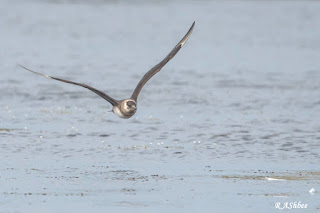 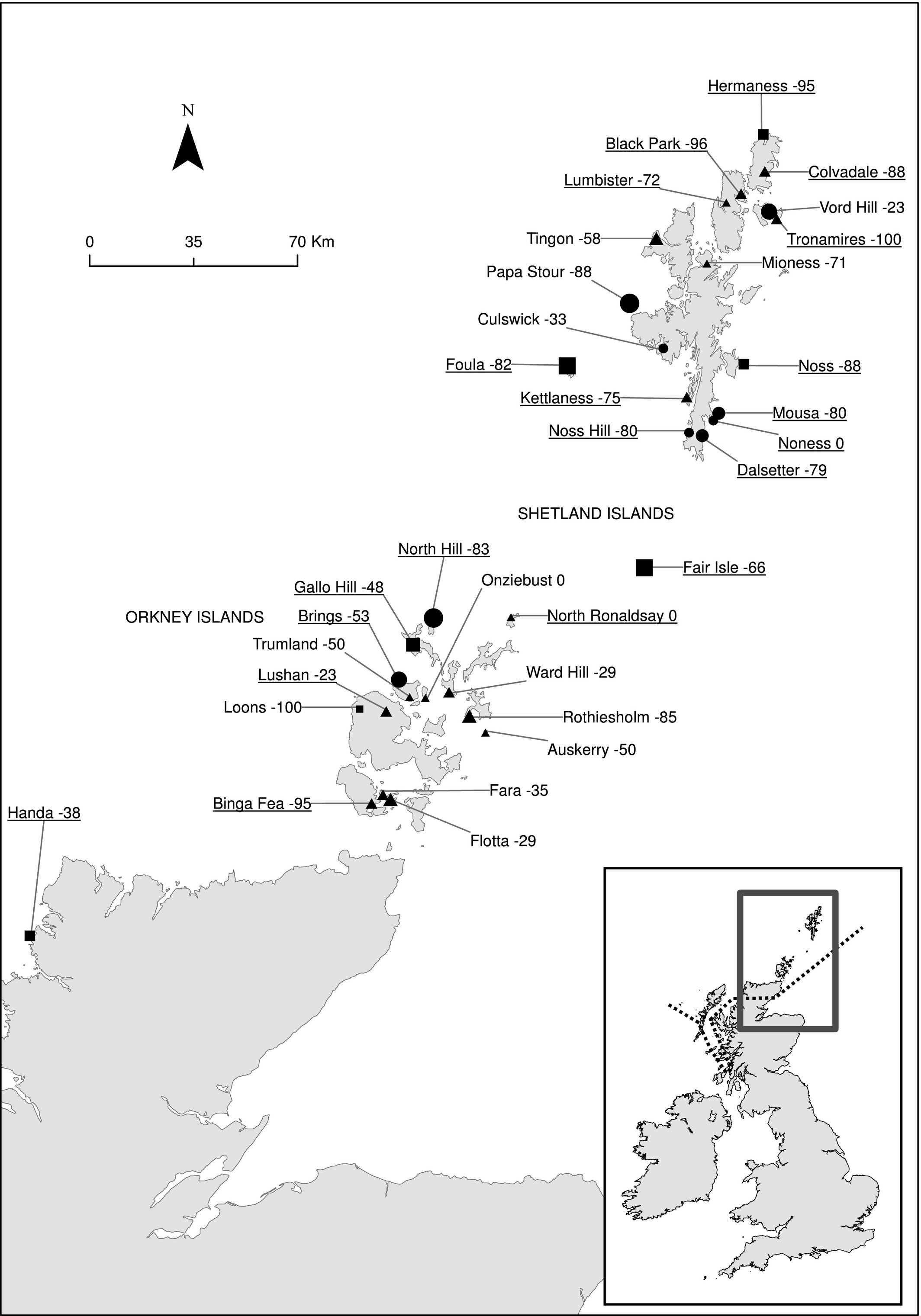 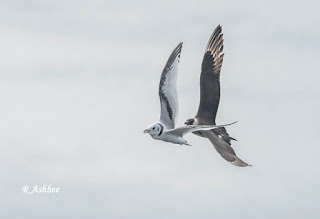 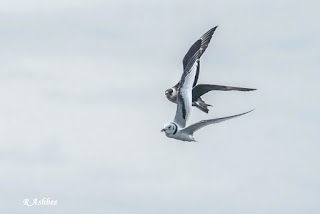 Arctic Skuas declined at all the study colonies from 1061 ATO 's (1992) to just 200 in (2015), indicating the largest declines took place in the north with the largest productivity in Handa in NW Scotland. 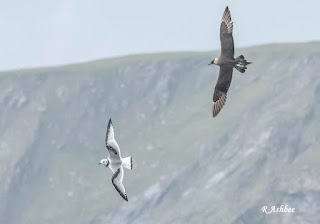 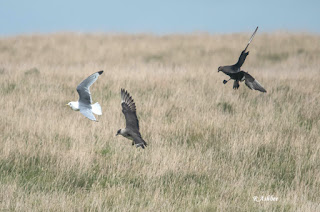 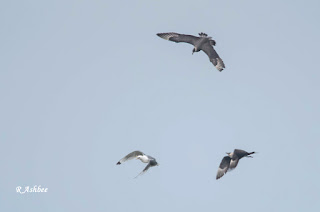 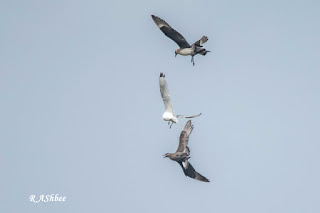 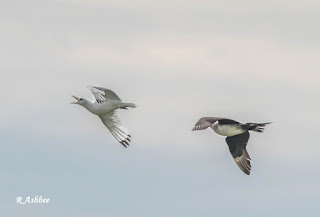 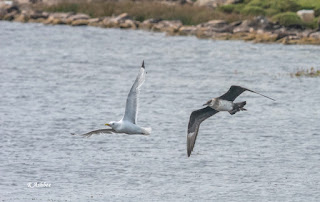 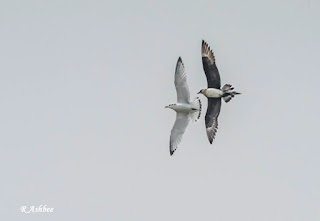 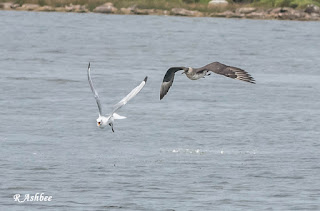 Arctic Skua nest next to colonies of seabirds either Arctic Terns, or cliff dwelling birds that usually feed on Sandeels - Puffin, Kittiwake, Guillemot and Razorbill. These skuas rely on stealing food from these birds, this is called Kleptopasrasitism 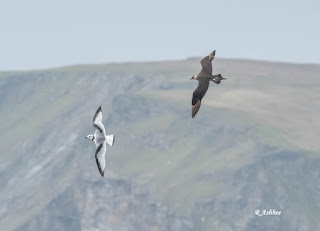 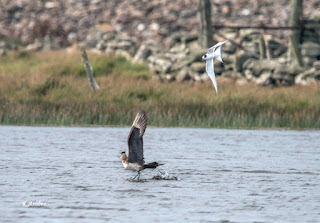 Gt Skuas increased at most sites except Foula where a 24% decline occurred. Its odd that the greatest declines in Arctic Skuas occurred where Gt Skua population were small. Food availability and density of Gt Skua were associated with breeding success of Arctic Skua 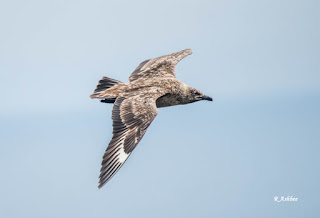 Gt Skuas are larger and more powerful that Arctic Skuas , they rely on harassing large birds such as gannet for a free meal 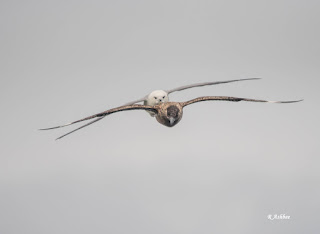 Gt Skua seen off by a Fulmar

The world's Gt Skua population is around 16,000 with 57% being in Scotland (Bird life International 2018) especially in Shetland and Orkney. Around 9,634 ATO (Apparently Occupied Territories) can be found in the UK (2004)


They are very aggressive towards humans and animals that stray onto their breeding grounds, making a head on attack and sometime hitting the intruder with their feet. 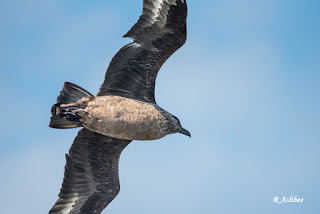 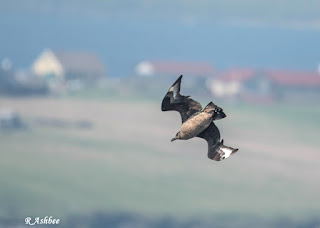 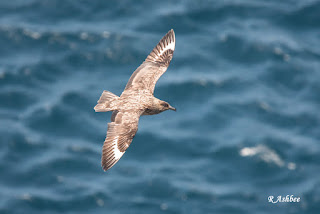 Gt Skua population in Shetland has fluctuated with numbers up and down at various throughout the isle. Gannet numbers are increasing so you would think that there would be more fish brought back to young gannets and therefore more opportunities for GT Skuas . Noss for instance has around 25000 Gannets double that of 1970 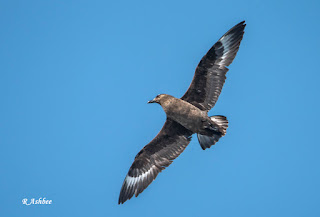 On Foula in 2015 a lot of cannibalistic predation of well grown chicks was again high, although a census count of 1,846 AOT was 11% higher than 2007 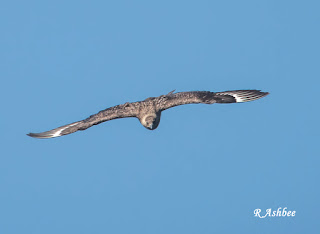 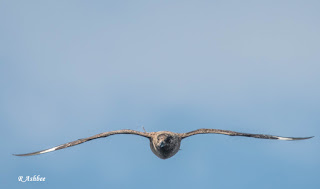 Discards from fishing boats used to be an important part of the Gt Skuas diet in Shetland but with the reduction of discards they have now started to either concentrate on attacking Gannet for fish, eating birds such as Puffin or resorting to cannibalism .