I do love to see Kittiwakes although in Shetland numbers have dropped dramatically as sand eels have become scarce. Sumburgh for instance had around 3,000 breeding birds about 25 years ago now they are less than 300. 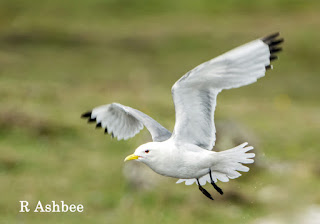 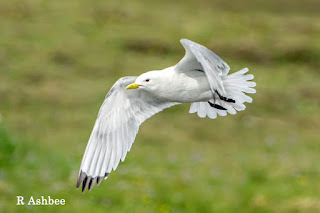 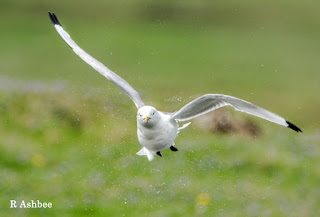 The sound of Kittiwakes call are one of the highlights of visiting a seabird colony. Unfortunately this is becoming less common as numbers plummeted throughout the Shetland colonies. This is all down to the lack of food- Sandeels.

Its a complex food change, the food sandeels feed on  Zooplankton has reduced by 70% and this is down to the sea warming which has also affected the food Zooplankton feed on - Phytoplankton which is blooming out of sync.

This is resulting in less  sandeels, this complex system is not helped by the fact that nutrient poor warm water species are now replacing the cold water nutrient rich Zooplankton. In addition sandeels are now feeding deeper down in the ocean which give less feeding opportunities to birds such as Kittiwakes which feed near the surface

They did have a slightly better year last year but i am interested to see whether this has continued.