With the excellent weather this week it was good to get out down the south end of Shetland. the variety in the landscape always seems to attract good birds. As we left our house we could hear Skylarks singing something we could leave expect to hear around Sheffield. A pair of noisy Oystercatchers flew over put up a pair of Herring gulls which have taken over ruling our field.

More Lesser Black Backed Gulls have arrived back on their breeding grounds, far behind the Fulmars which have been on ledges for some months. Down at Sumburgh many Puffins crowd the ledges, while many more people are coming down for a visit.

Many Wheatears are showing, Chiff chaffs early migrants can also be seen around any large vegetation. It was good to see our first swallow catching insects over a quite Sumburgh airport. On the sea winter visitors are still with us and an increasing number of Gt Northern Divers are in the bays, some in winter plumage others moulting into breeding plumage. 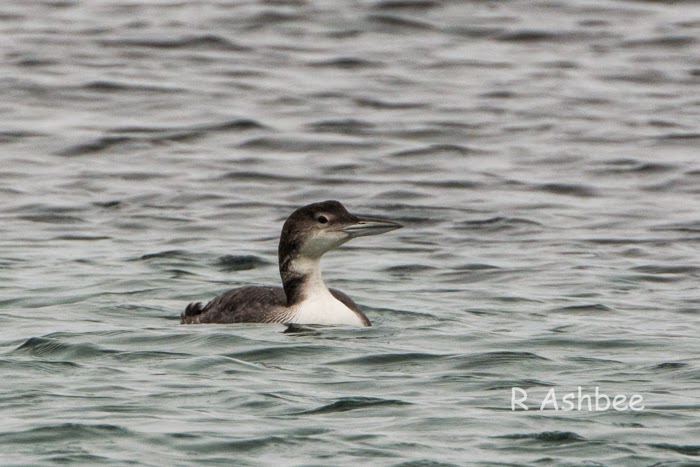 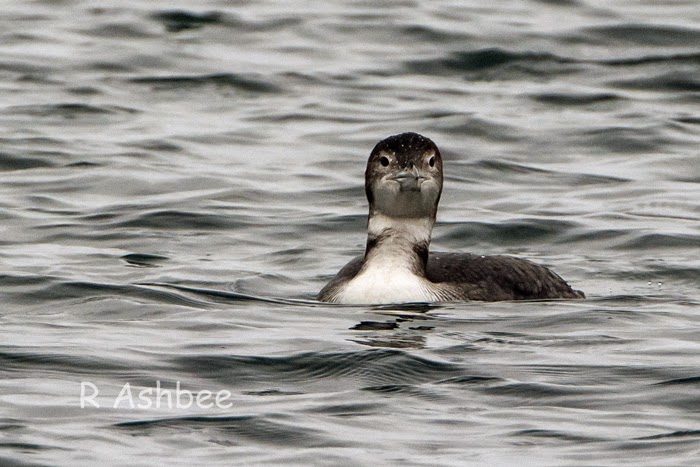 Long Tailed ducks are still in small parties, the largest 18 birds looking superb on the still blue sea. Small numbers of eider are still in display mode, a lot of chasing and calling going on. All the Black Guillemots seen over the past week are in breeding plumage, the same cannot be said of the waders. 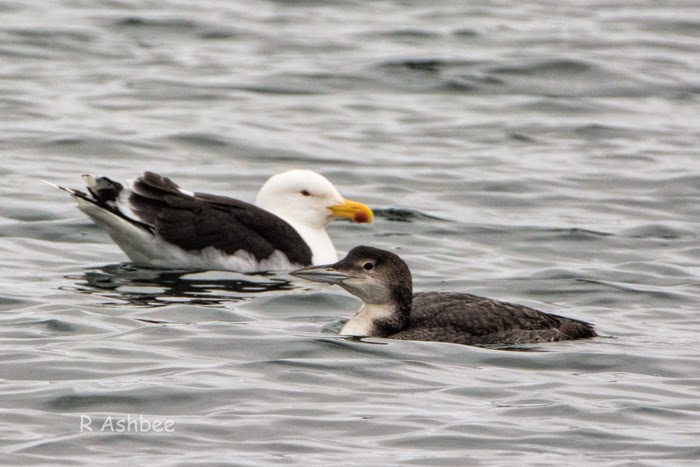 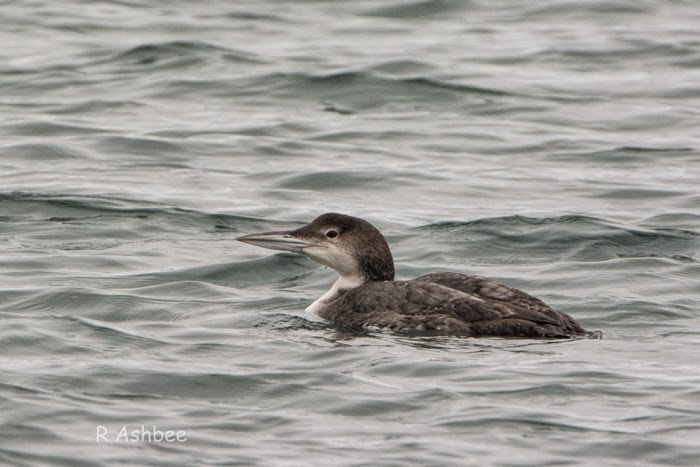 Turnstone are just about showing signs of their Rufus breeding plumage but are still in large flocks. Oystercatchers are mostly in pairs, but we did see three large flocks of over 50 birds, perhaps these are on the move further north. A few Bar tailed Godwit have arrived with most on the coast. Lapwings, now in smaller numbers are displaying over a number of sites while the bubbling Curlew calls come down from the hillside. 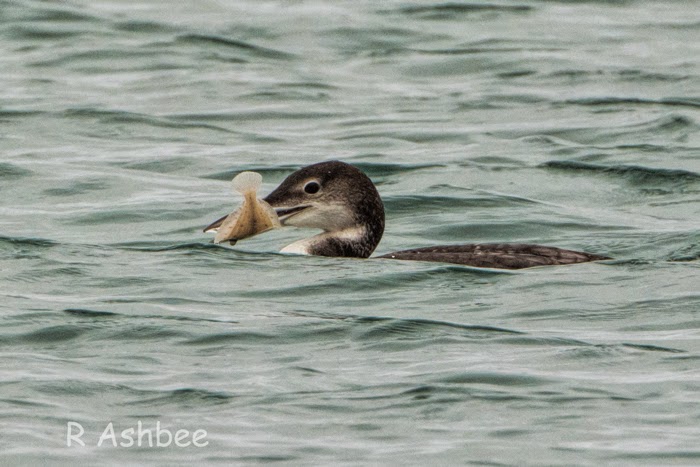 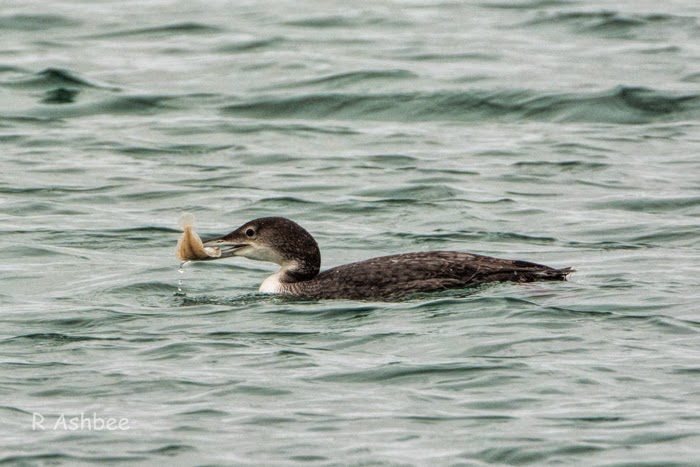 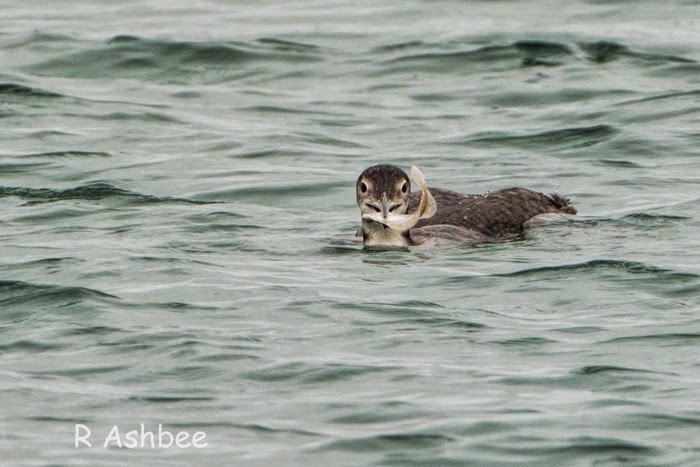 A few rare migrants are now cropping up and we had excellent views of a Sandwick Tern fishing just in front of us, catching one small fish in 5 attempts. A wary Green Winged Teal is still at Spiggie, giving some brief views while on the west side a male American wigeon comes and goes. A few Long Eared owls have been roosting close to us 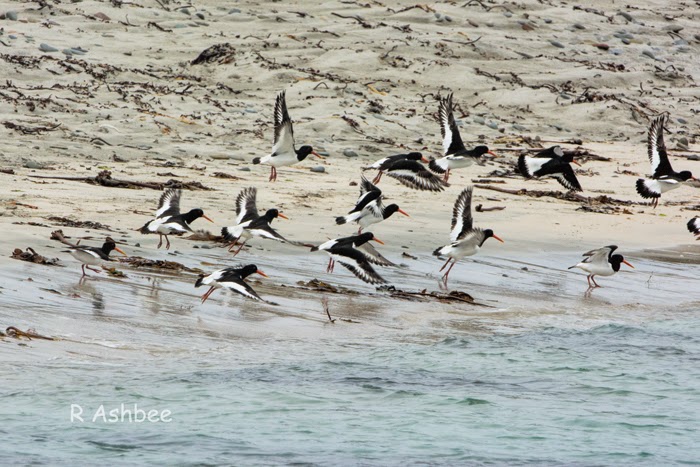 A lingering Iceland gull is still visiting the same field at Quarff as it has done since December and also another one joined a flock of gull while we watched the  Green Winged Teal down at Spiggie. The odd snow bunting can also be found together with small numbers of Brambling and Redwing. 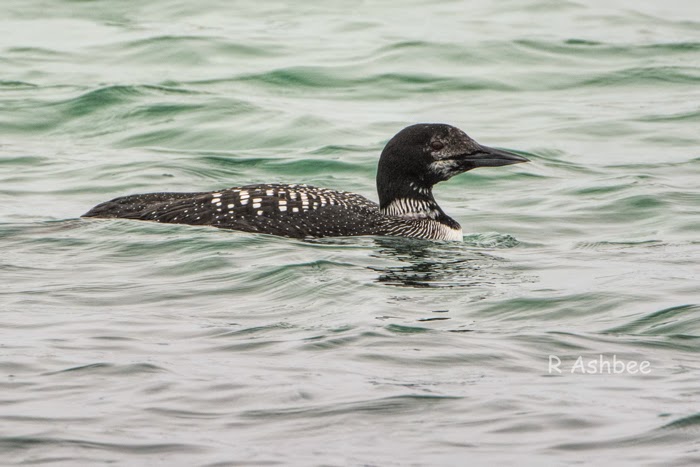 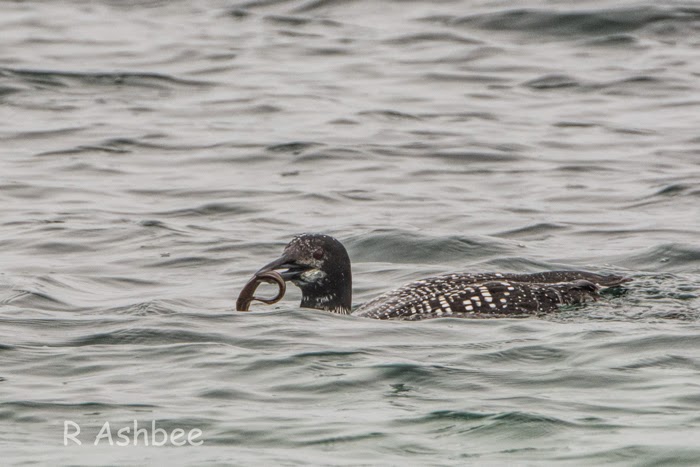 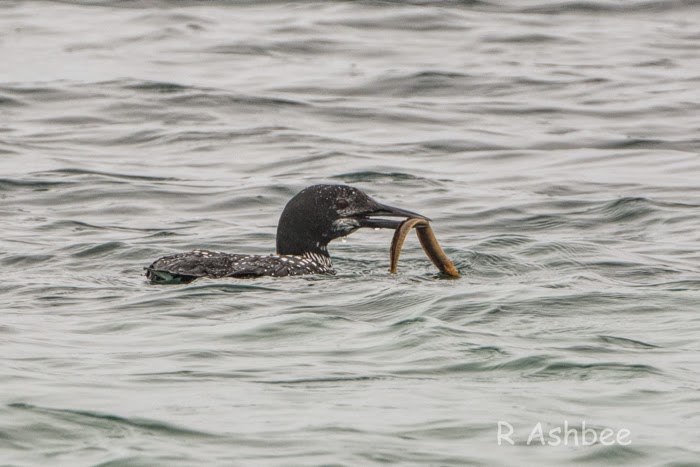 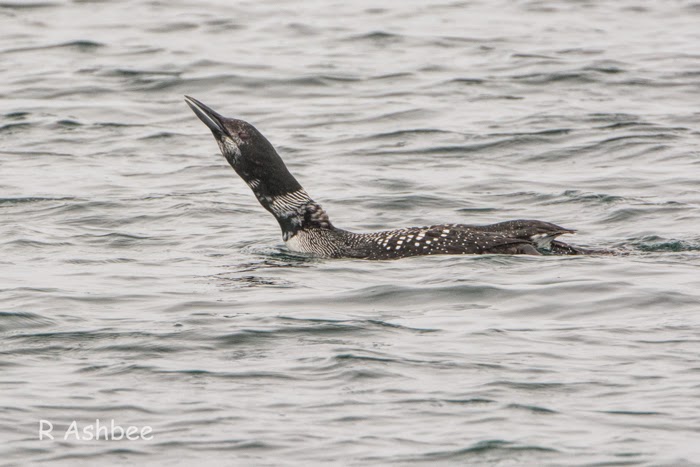 During an evening visit to St Ninian's isle it was great to see another five Gt Northern Diver close to the Tombolo and a  large flock of  58 Long Tailed Duck. A roost on the far side of the bay, produced a flock of 89 Oystercatcher 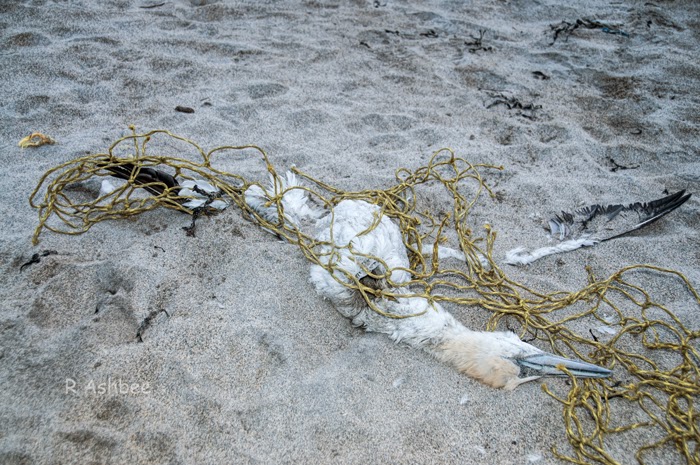 A sad sight, this dead Gannet at St Ninians Isle

This weekend we came across a Whimbrel back from Africa and a fly over Black Kite just north of Sumburgh Airport
Posted by Shetland Storm Force photography at 07:33