Waders are one of my favourite group of birds and Shetland offers a good variety. In spring the colours of the northern waders are superb, normally a good passage of waders comes through the isles during May, but even in June some waders normally found in the Artic at that time, stay behind, these are possibly non breeding birds.

Shetland does have a few waders on the edge of their range for breeding, such as Black Tailed Godwit which are from the Icelandic population. These birds have bred annually since 1948, recently up to 4 pairs have nested, usually around mires although sometimes in heather. The rare breeding Red Necked Phalarope has around 70% of its breeding population in Shetland, with Fetlar having the highest density. 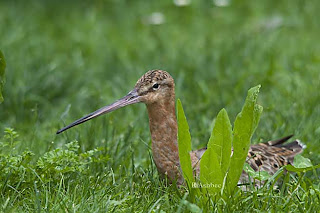 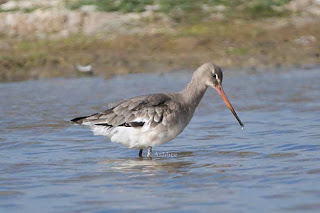 Sanderling usually start appearing at the beginning of May and increase throughout the month , usually into double figures with the last about mid June in the southern mainland. The Pool of Virkie and other beaches are favored places to find these birds. Odd birds can still be found in Unst into late June. 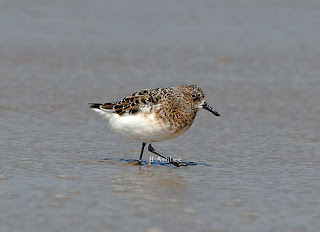 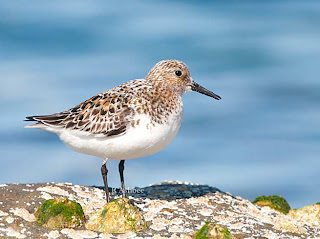 The other year we manged to see the Curlew Sandpiper down at Boddam, this very confiding bird mixed with Dunlin and Ringed Plover 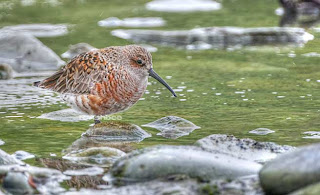 Turnstone is another Artic wader that can be seen in good numbers throughout the year, with smaller numbers in June and July when they move to their breeding grounds further north. A few birds have shown signs of being on territory but no firm evidence has been found of breeding. Displaying birds have been seen in Fetlar, on Ronas Hill and the south mainland. They prefer rocky coast lines most of the time, although they can also be found feeding inland in fields with other waders, this is an unusual occurrence in other parts of the UK. 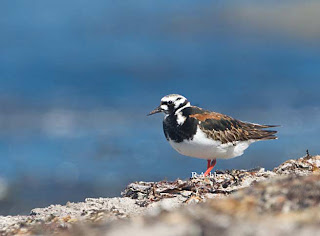 Dotterel can sometimes be found on Ronas Hill during May, these birds are very confiding and can be found nesting on Scottish mountains

Even now as birds start to move south, they are still in good breeding plumage and the variety can be even greater than in Spring.