The pigeon and Herring Gull

I was down in Lerwick a few days ago and spent some time at Hays Dock watching Black Guillemot and fishing Gannets. 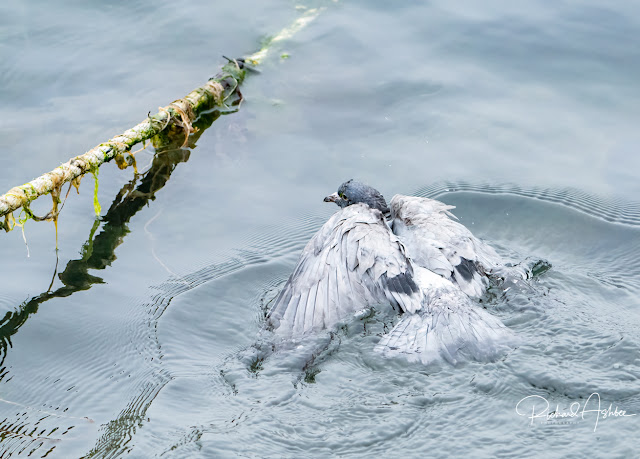 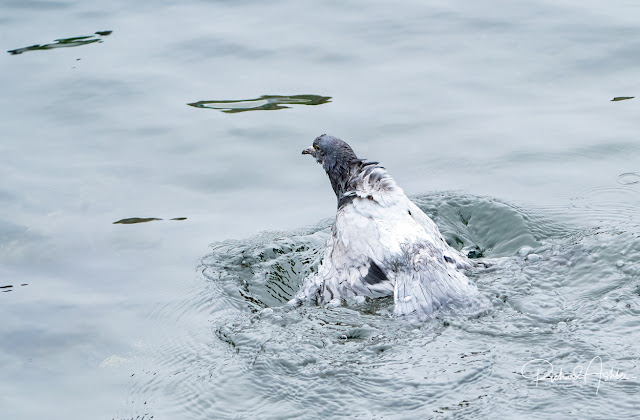 Closer in i noticed a feral pigeon which took off from the top of a shed but was targeted by a Gt Black Back Gull which hit the bird in mid air and sent it crashing into the harbour. I have never seen this before. 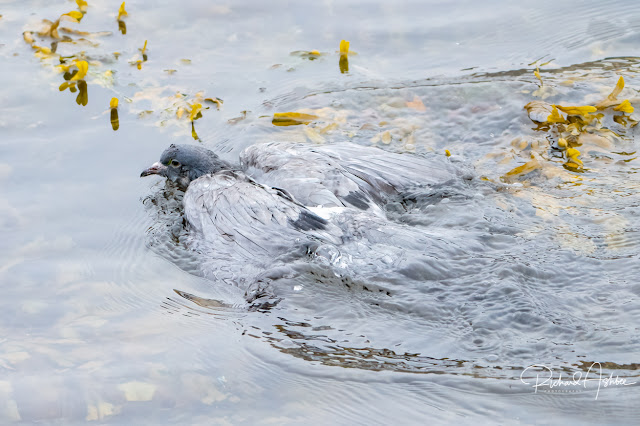 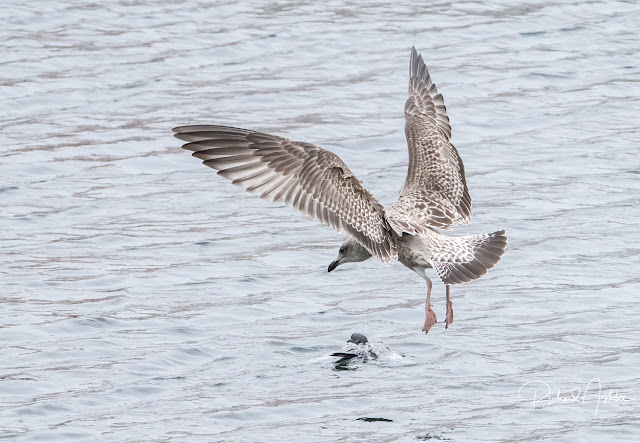 The pigeon soon became waterlogged and flapped its wings in vain as it tried to take off. 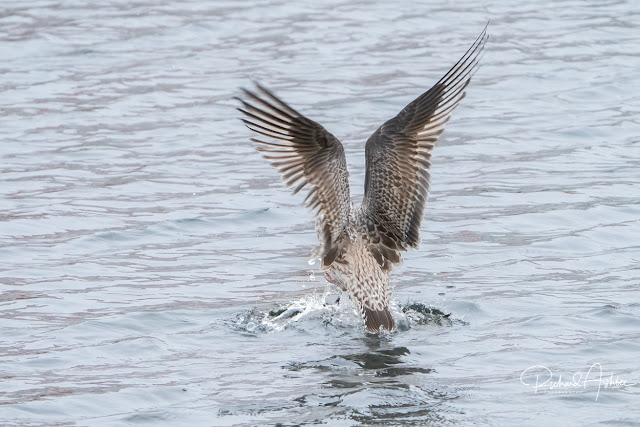 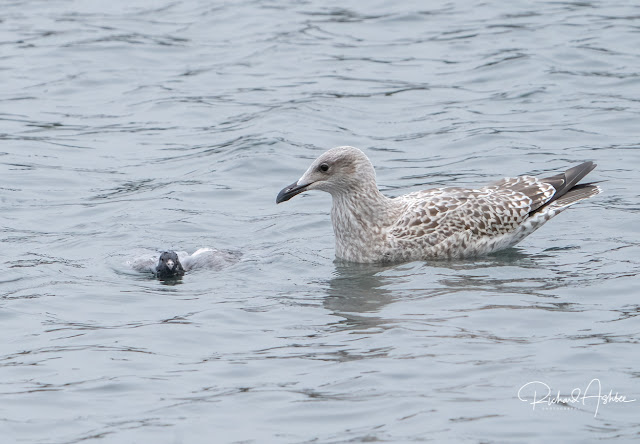 While the adult GTBB flew onto the top of the hut and watched two Juv GTBB gulls started circling. One then started to attack the pigeon while it sat on the surface of the water. 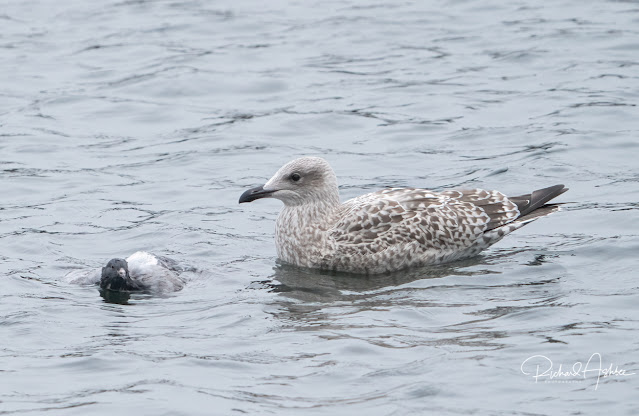 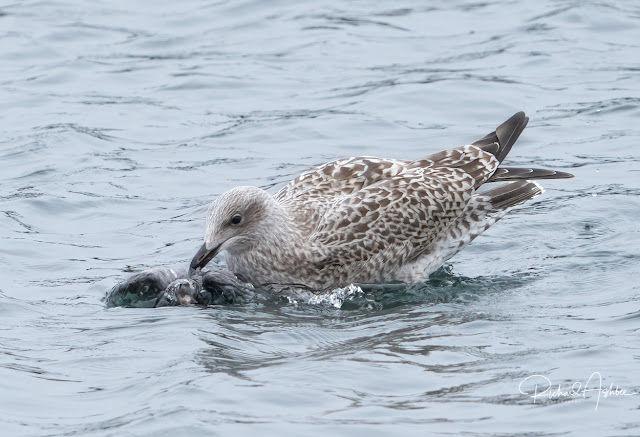 It jabbed twice but the gave up allowing the pigeon to swim off and gained some shelter at the back of a small boat just out of sight. 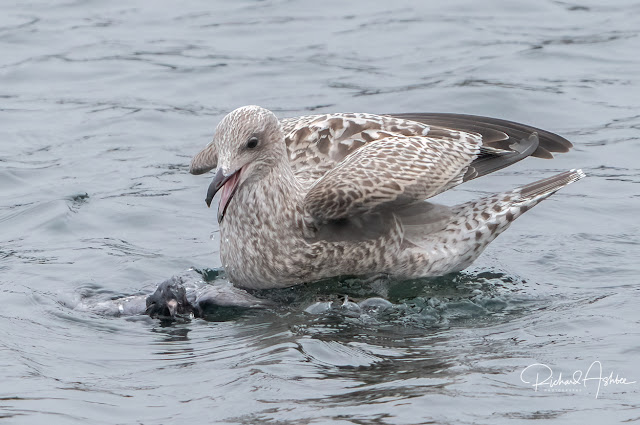 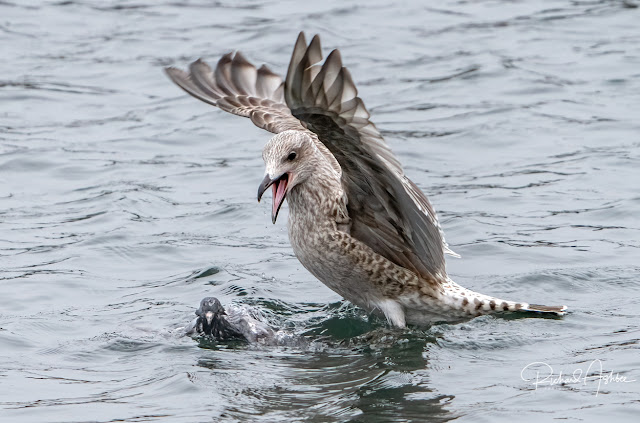 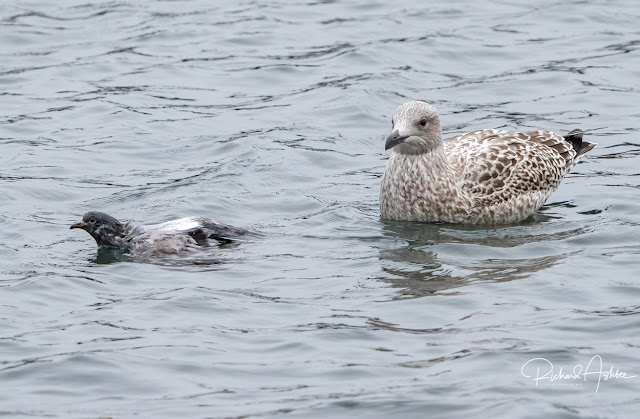