I have been down to Spiggie a few times to see the American wigeon and have seen it at a vast distance so no photos. 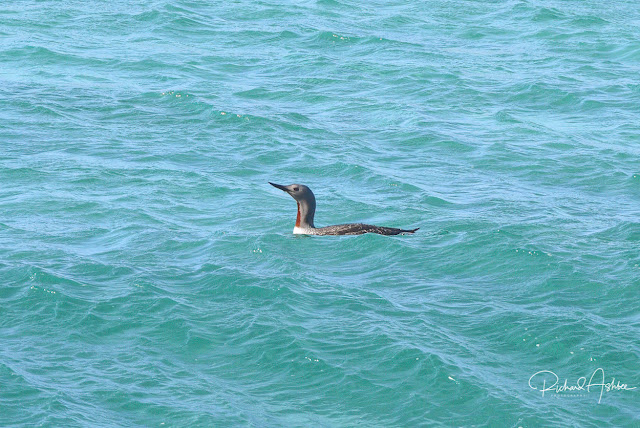 A couple of days ago news came in of two Black Throated divers down at Quendale bay, these are scarce visitors to Shetland and the last one i saw was in the same bay two years ago. 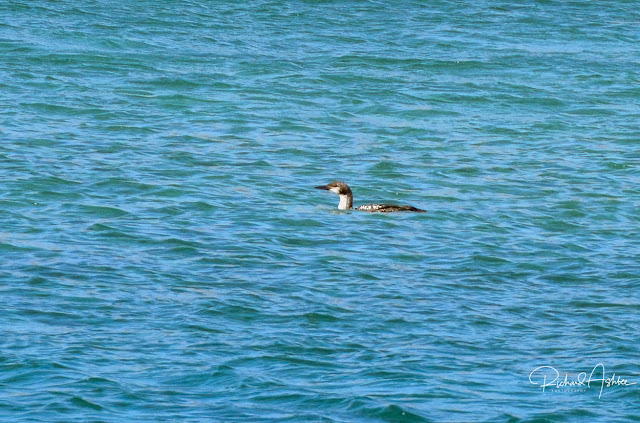 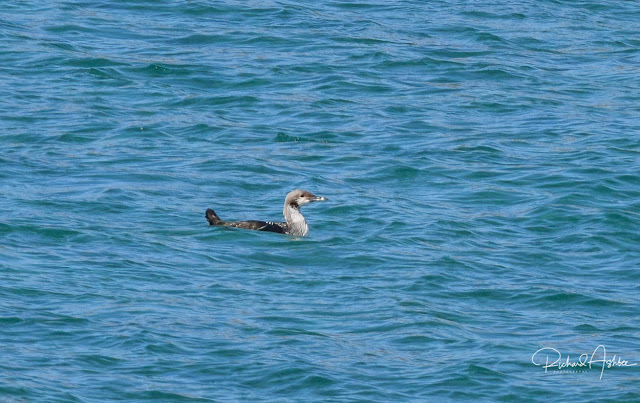 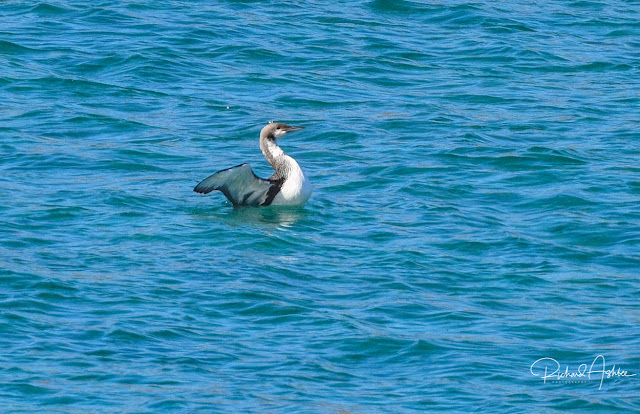 Arriving at the Quendale Farm end the sun was causing problems although the sea was flat calm. Paul Harvey came down the single track road and said he saw one of the BT Divers about 2/3rds across the bay close in to the beach 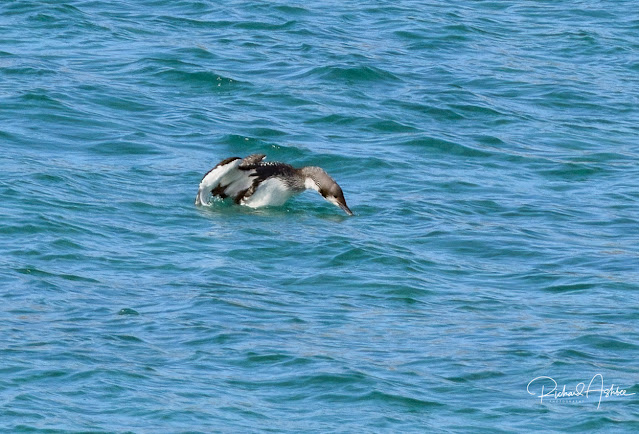 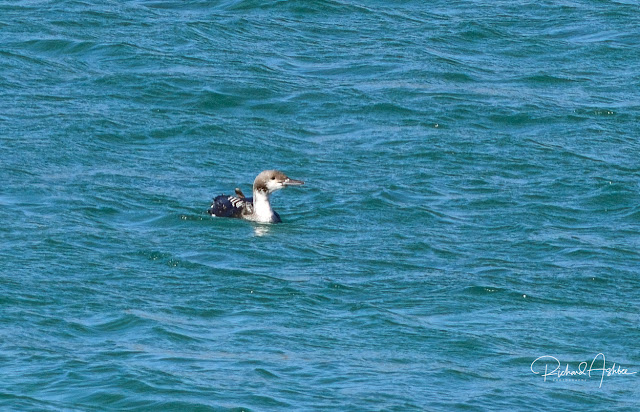 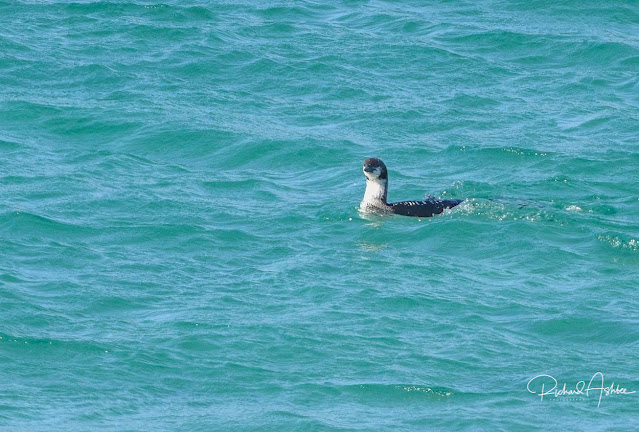 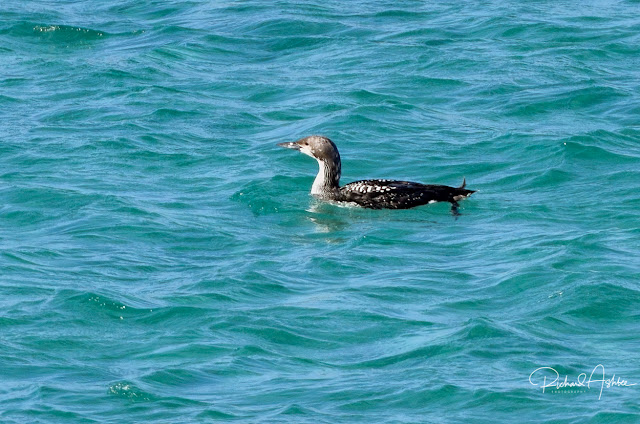 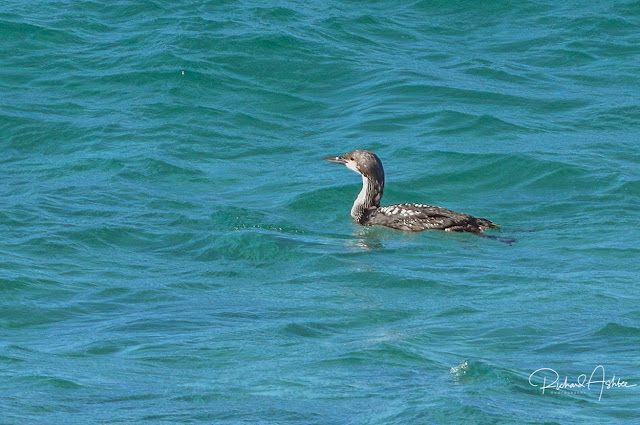 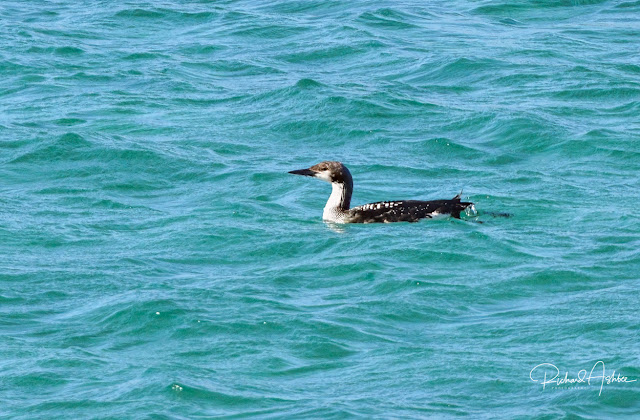 A couple of Skylark and Meadow Pipit began to sing reminding me it was spring as did the numerous Coltsfoot. A few  mins earlier i had been reminded by the radio that on Sunday a cold front would move south bringing Force 5-6 winds, wintery showers including snow and very cold temperatures. 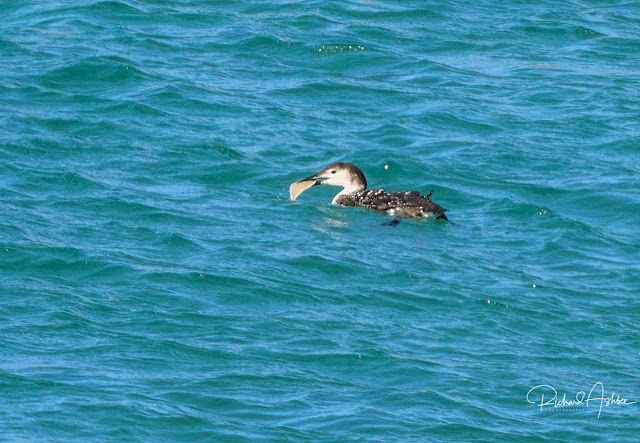 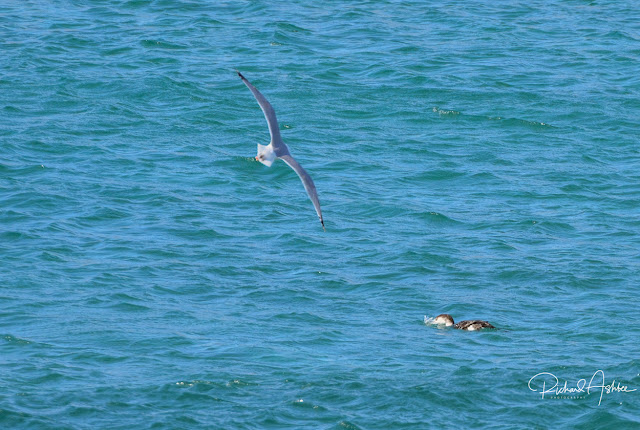 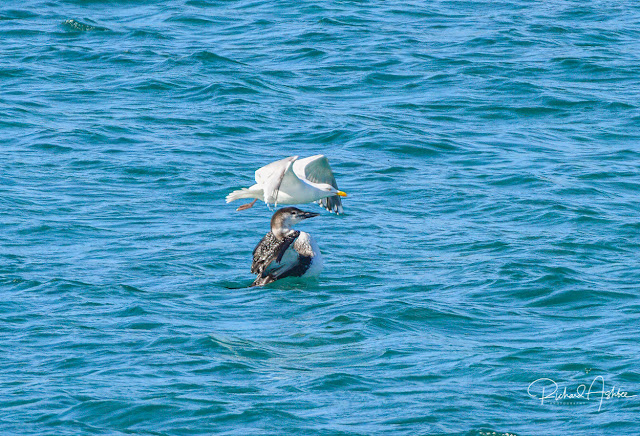 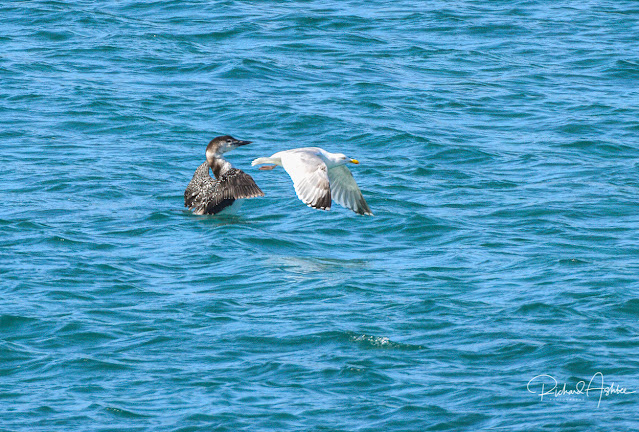 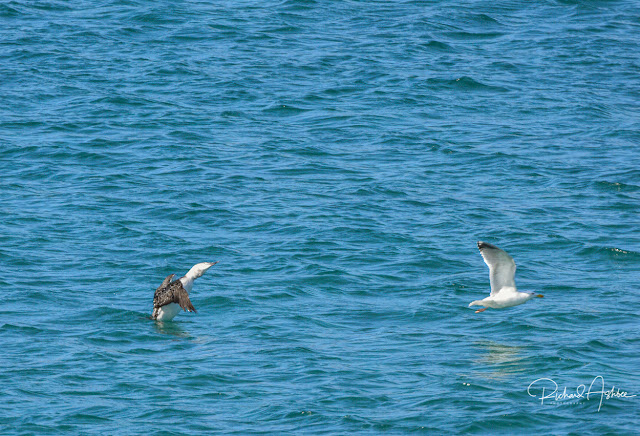 I could see several birds over this side of the bay and through binoculars picked out a  Velvet Scoter and a few Long Tailed Duck. 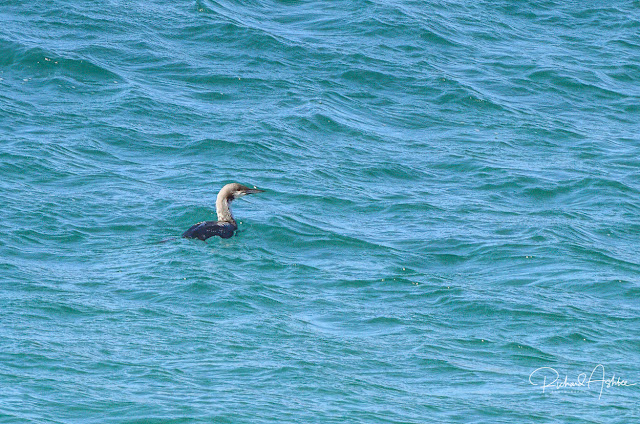 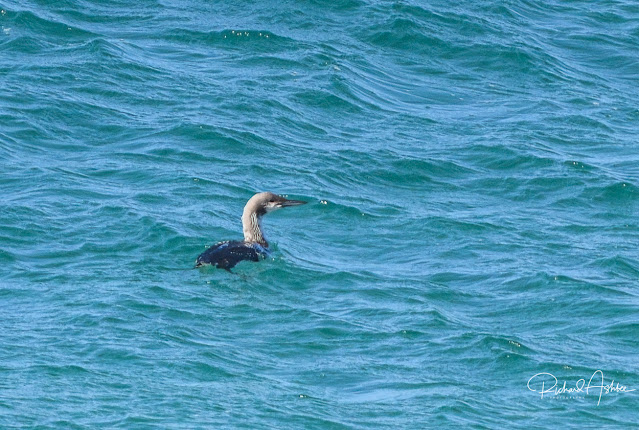 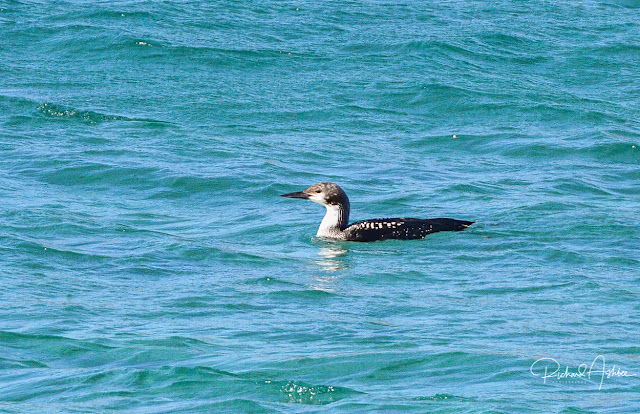 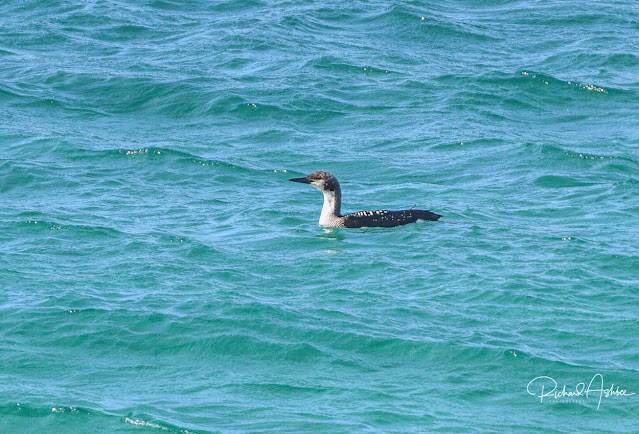 A bit further along the dunes  as it levelled out I could see a few divers, the first a Red Throated in summer plumage, then 5 Great Northern Divers including a couple that had caught flat fish 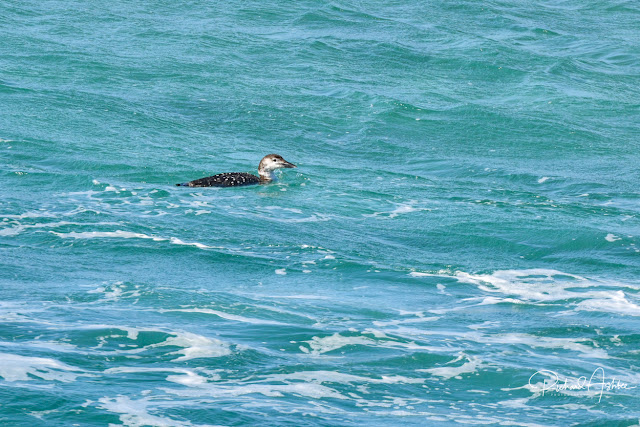 Then the Black Throated Diver, still a distant off but showing a grey head, black stripes down side of head and a dark bill, looking smaller against the surfacing GT Northern Diver.

It was in exactly in the same spot as the one two years ago, may be the same bird. It caught a couple of fish but remained distant. A good bird to see with spring migration yet to kick off