When news came in that Crossbills had been seen in Lerwick, there really could be only two spots- not many conifers in Lerwick 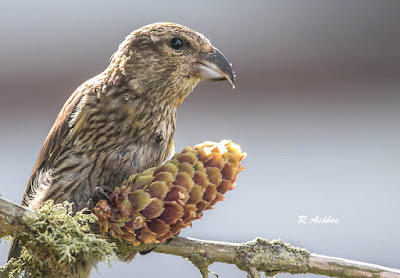 I went down to the conifer at Sound, the one that had Parrot Crossbills last year. Lots of pine cones laid on the road, a good sign 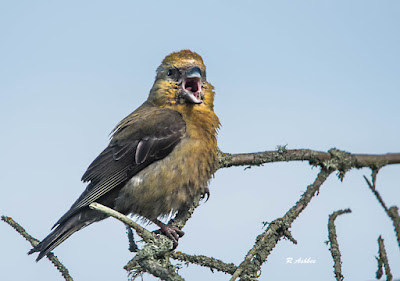 Then the Crossbills started to call, at least three birds and they were soon found feeding on cones on the lawn. They seemed very settled and allowed a 12 foot approach. 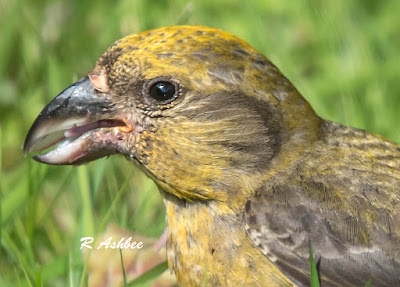 They were soon off, flying round before landing all together in the tree, four birds this time, again calling. 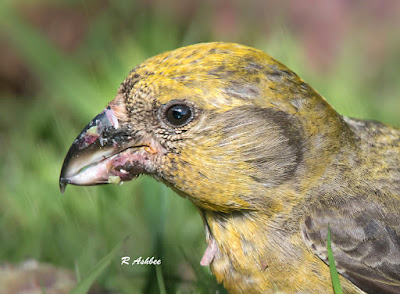 August is a good month to find Crossbills in Shetland, a few days before at least a dozen were found at Sullom and in Unst. 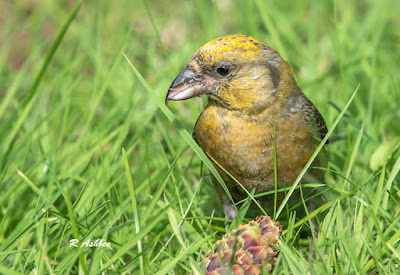 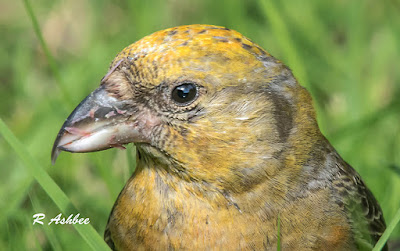 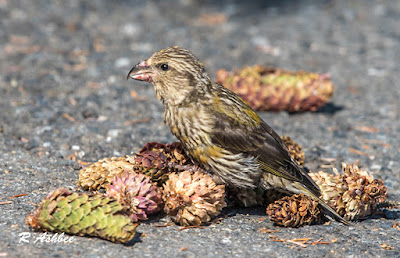 Once the birds had come down to the cones on the road they allowed even closer approach, this time within 5-6 feet. Not concerned at all, feeding all the time until a car came down the road and then they took off landing a few feet away in the tree, 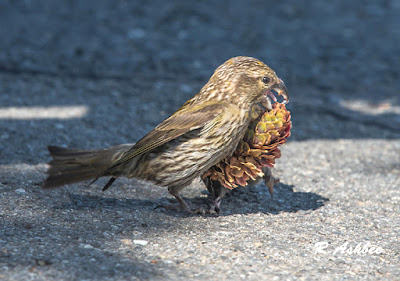 A couple of birds carried cones back and forth and occasionally a squabble broke out, with the adult birds winning out and at least two occasions. No need really as there were at least 50+ to feed on. 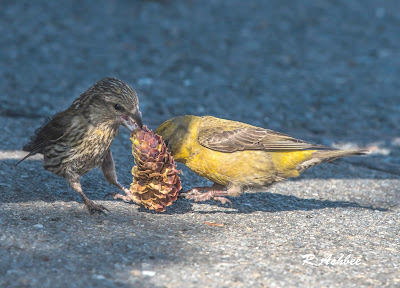 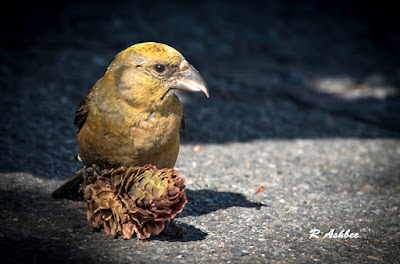 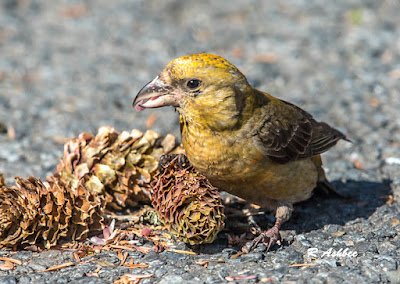 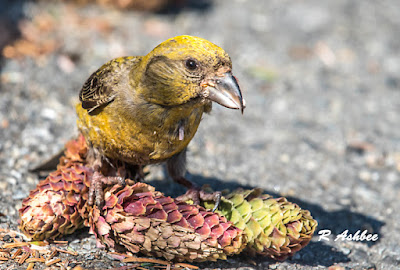 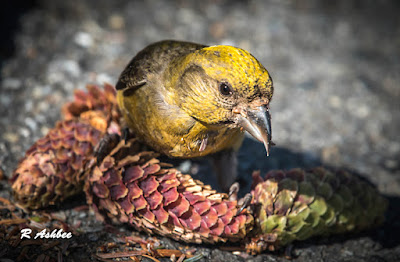 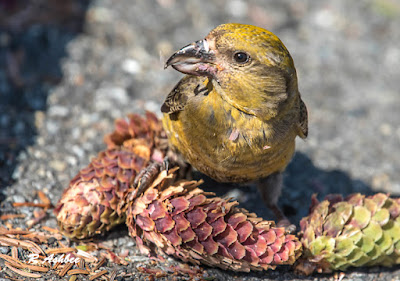 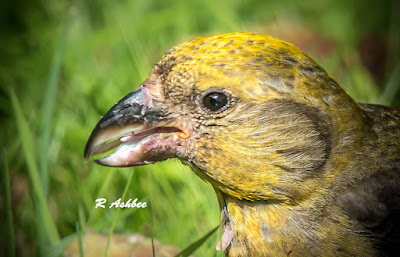 Crossbills have distinct mandibles, crossed at the tips that can allow them to get to the seeds. 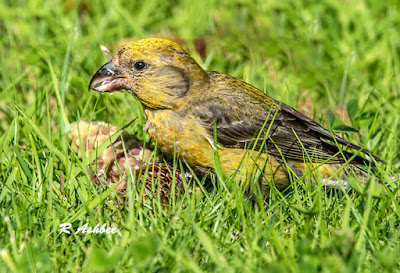 Crossbills are early breeders but can breed any month. Apart from one brown Juvenile bird the rest were females, would have been great to see a Red male.

These have been the best views I have had most of the others have been high up in Conifers
Posted by Shetland Storm Force photography at 10:36