I was down at the north end of Spiggie Loch the other day watching 10 swans, two of which were Mute. Two families of Whooper (5) (3) including two adults in each party. 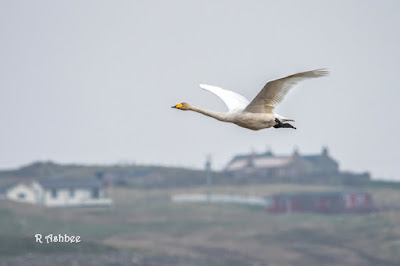 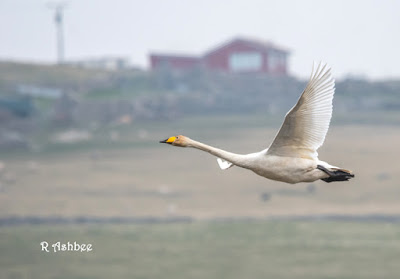 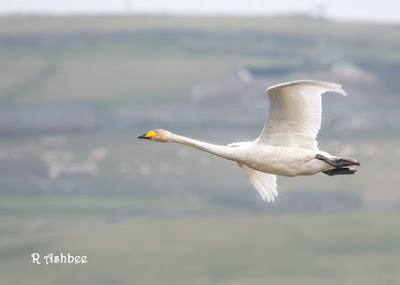 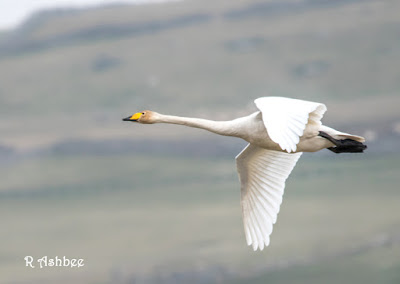 The Mute Swans fed at the north shore, meanwhile the 8 Whooper swans flew in from the south and immediately came under attack from the male Mute Swan. 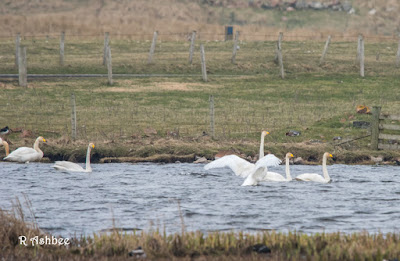 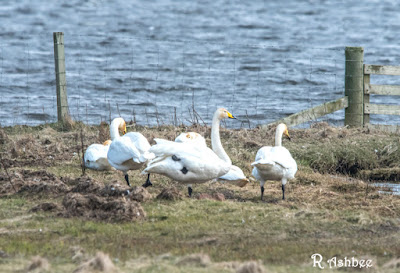 After about a minute the party of 5 Whooper Swans flew off to the far east side of the loch. The other party of 3 moved away from the Mute swans calling and then flew off south about 400 yards. 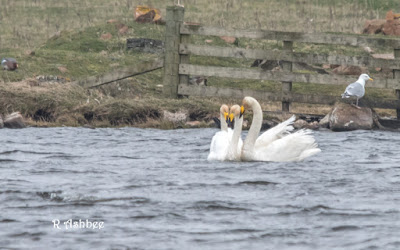 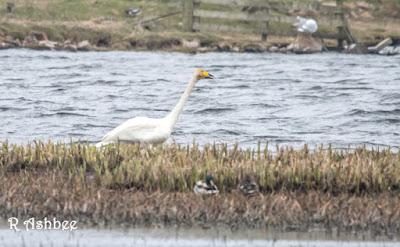 They started feeding quietly, meanwhile the pair of the Mute Swan flew towards them landing a good 30 yards away then moved closer on the water. The male raised its wing and lowered its head showing aggressive behaviour towards the Whoopers 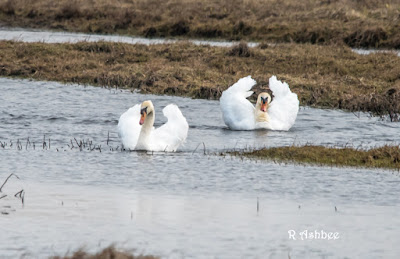 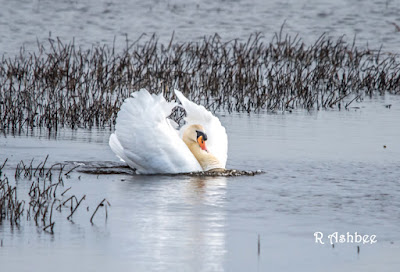 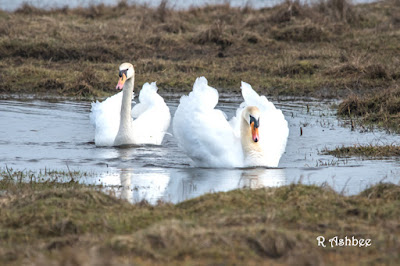 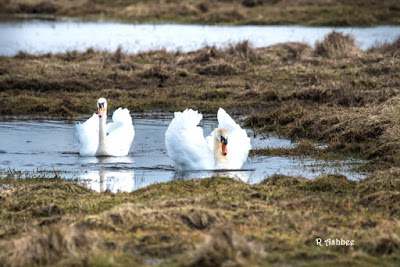 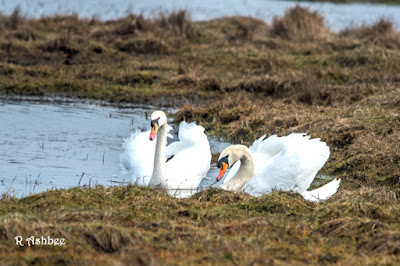 The female Mute also showed this behaviour but not as aggressive. Within about 10 yards the male Mute started to run across the water at the Whoopers which scattered. 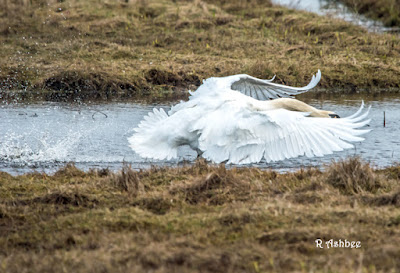 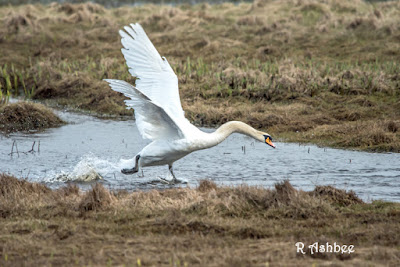 With wings outstretched and neck lowered  it charged one of the adult Whoopers, which ran off. 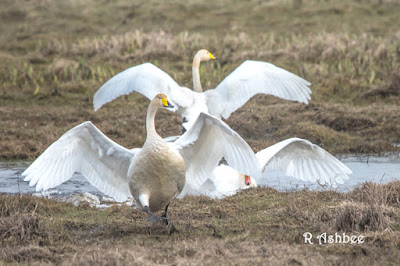 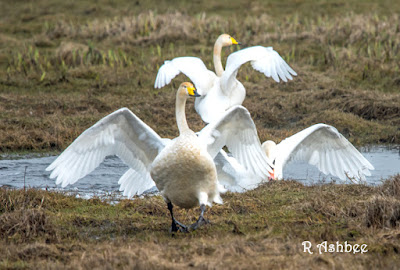 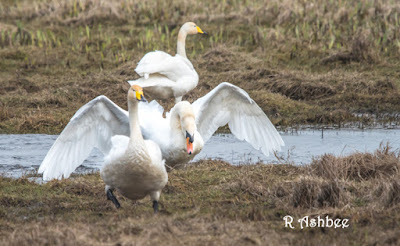 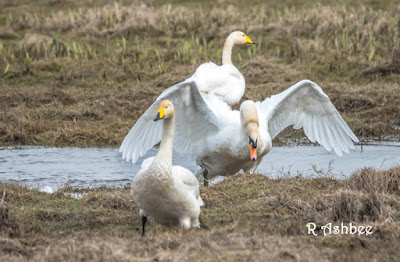 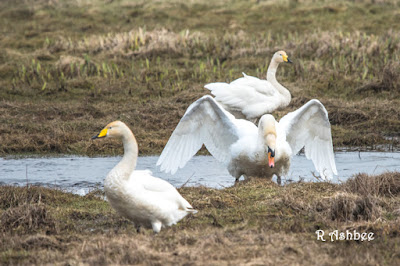 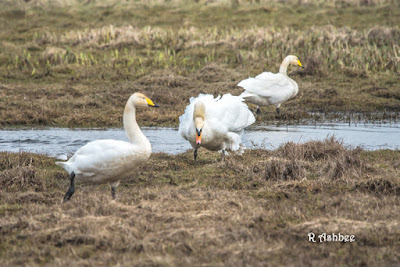 After about a couple of minutes the Mutes retreated leaving a peaceful scene, the whoopers moving in the opposite direction but glancing back. The Mutes flying back to the north shoreline, which may eventually become a breeding site. 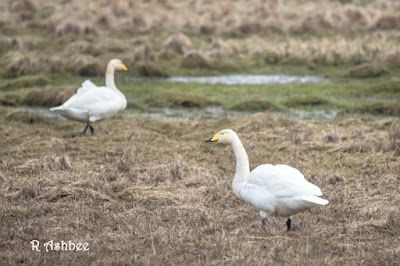 Dont forget to check out my new blog ww2preserved.blogspot.co.uk
Posted by Shetland Storm Force photography at 02:02