I had only been saying a few days before that it would be good to see a male King Eider. Then at the Pied Billed Grebe viewing one turned up at Wester Quarff. 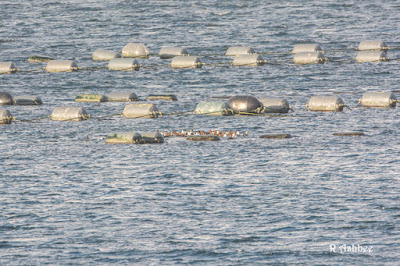 Unfortunately it only stayed a very short time as a speed boat disturbed the flock of eider and it disappeared until the next day. 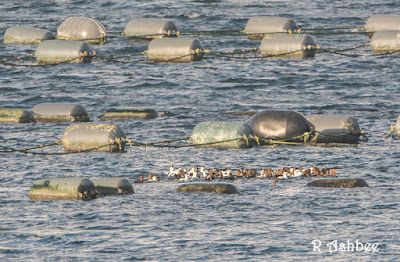 Again the same thing happened and the King Eider flew off. I caught up with the bird a week later still present among the large flock of eider. (Can you find it) It was very windy and cold but as the flock was the closest yet to the viewing shoreline we could just make it out. 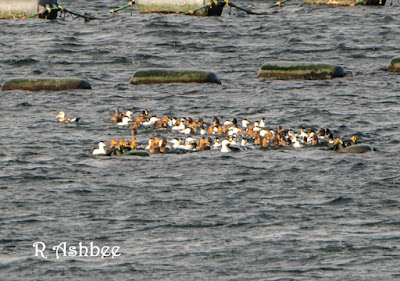 After about 10 mins Julie Redpath showed up and had a scope. Even with a scope it was still difficult to pick out. 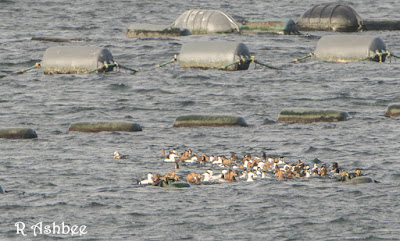 Once you got an eye onto it , it was easier to pick out in the flock except when the all dived. 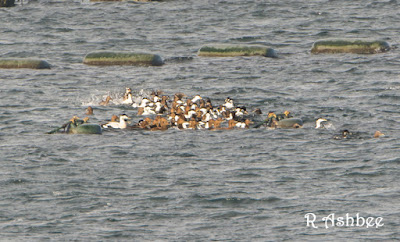 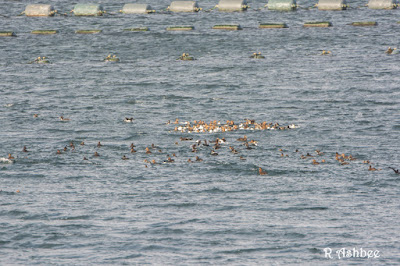 The group of eiders split making it slightly easier to pick out the King Eider. This was the first male I had seen since the regular King Eider at Tresta back in the 1990's 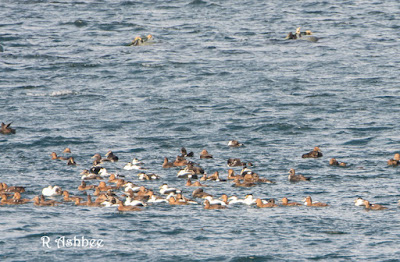 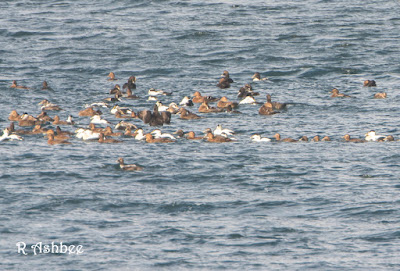 Its a superb bird, just a pity we don't get more, hopefully it will settle in and keep returning in future years 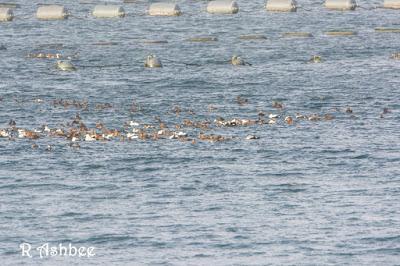 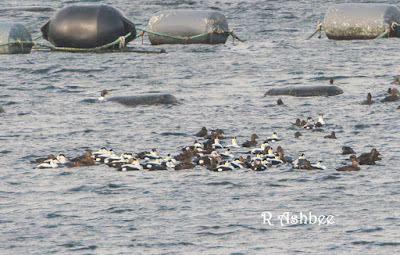 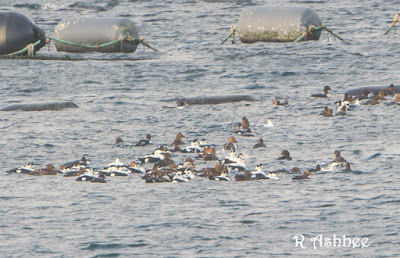 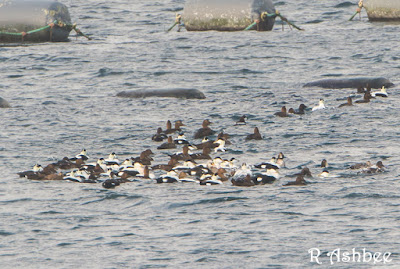 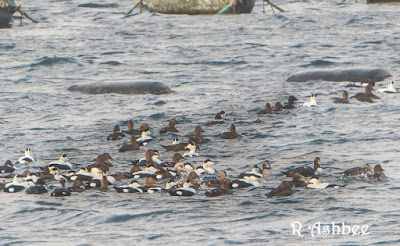 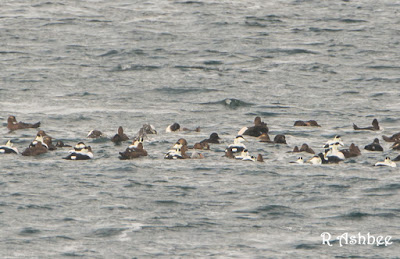 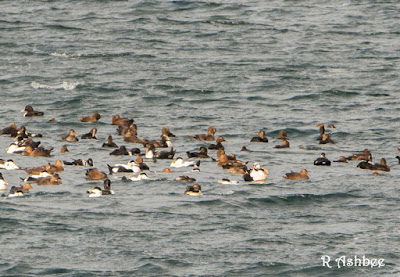 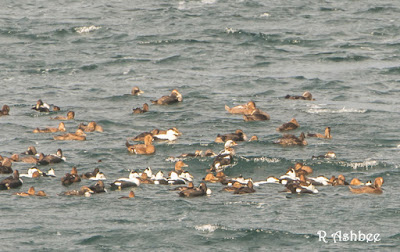 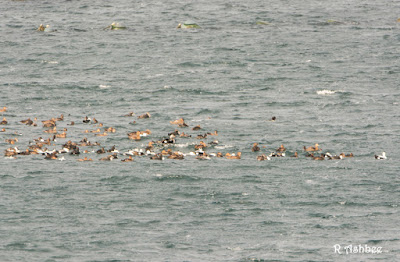 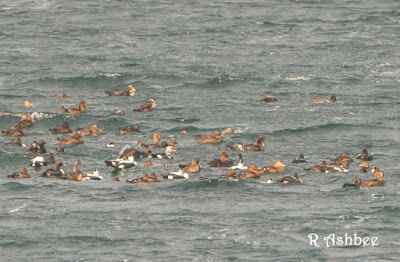 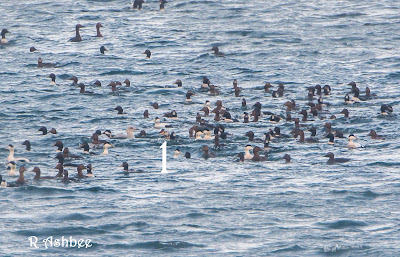 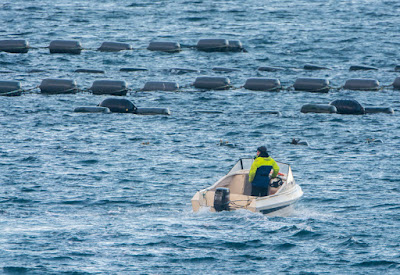 Even now the Pied Billed Grebe is still on Spiggie and both Glaucous and Iceland gulls are regular in Lerwick harbour. A few Waxwings have arrived, lets hope its a good year for them

Although most of the Fieldfare and Redwing have departed south there seems to be an influx of Blackbird with many in the south mainland. One field at Spiggie held 34 Blackbirds.
Posted by Shetland Storm Force photography at 13:05