Recently caught up with the Redpoll flock in Lerwick. On the day i went down it was a mixed flock of the Arctic Redpoll, Meally Redpoll (6) and 15 Common Redpoll. 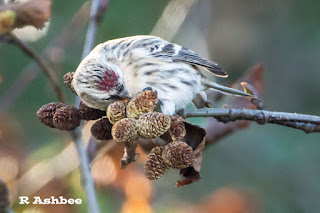 It was good to see the variation in the Redpolls. The Coues's Arctic Redpoll on this occasion was the un-ringed bird. Another has been present with a ring, caught several days before over towards the harbour. 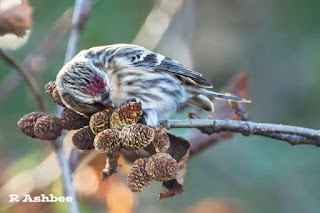 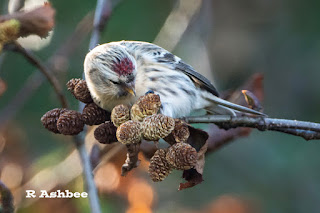 The Redpoll flock seem to favour two areas, the burn running down and under the bridge at Quoys towards the cemetery.This area has lots of small saplings including a good stand of alder which are the preferred food of the birds

The other above this, an area with just a few bushes and a couple of gardens with one tall conifer tree. 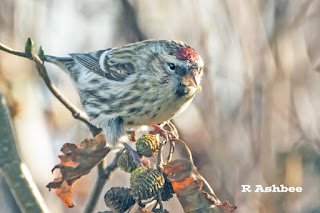 It was surprising how quiet the flock was when feeding. When flying off they called and generally headed to the other area. 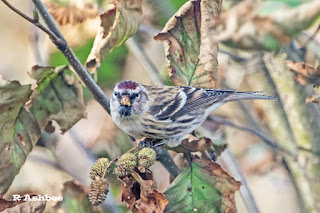 As the sun was straight in our face and it was difficult to get good views especially for photos. It was impossible to get across the burn and up the other side as it was dense cover. 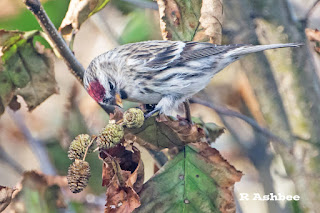 We managed to get the best views of the Coues's Arctic Redpoll form the wooden bridge where it fed showing the rump and wing bar.

The Coues's Arctic Redpoll is from the tundra of north America or Eurasia with most keeping near the breeding grounds. Others are encouraged to migrate if they join a flock of Common or Meally Redpoll, travelling a short distance south. 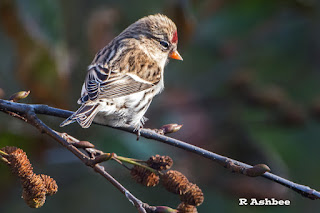 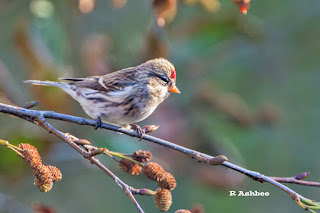 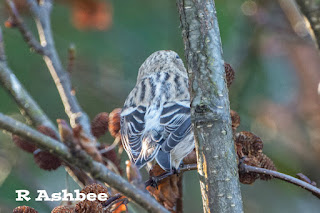 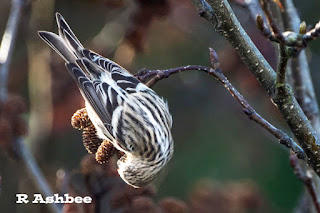 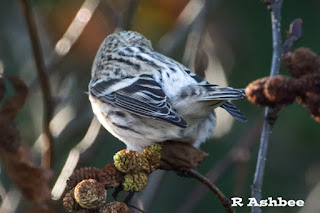 The Greenland race , the Hornemann's is a very larger bird some times referred to as a snow ball due to its white feathering. A bird of this race turned up at Sullom Plantation earlier in the week


Still time to order your canvas in time for Christmas, see www.amazingshetland.co.uk for full details