Seen first last Saturday and then Sunday, a mother and young White Striped Dolphins made Scalloway harbour their hunting grounds. 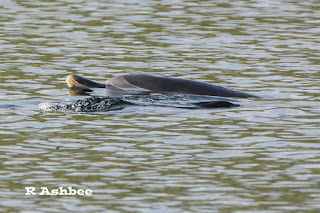 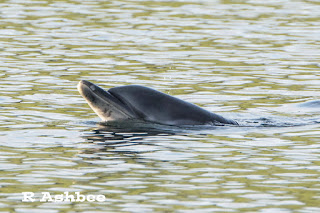 This species of Dolphin is rare in Shetland waters, most of the Shetland people i spoke to have never seen one . 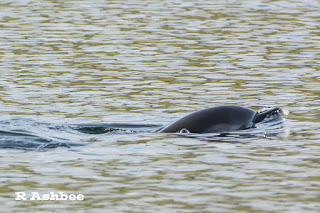 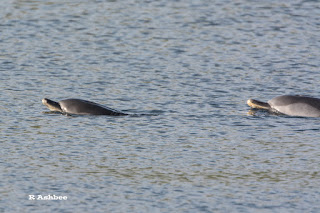 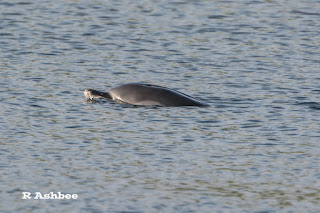 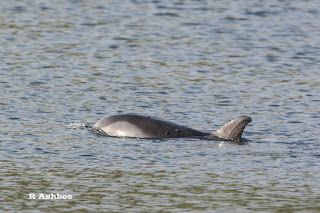 It is not normally seen in shallow water but when we saw the pair they spent time near the marina in East Voe which is shallow. They moved very slowly circling around which no doubt made the fish swim in tight shoals - an easier food target, although some people said they may be disorientated. 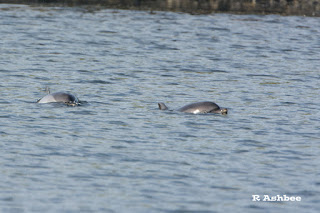 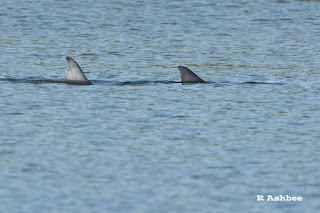 The main food is sprat, Blue Whiting as well as squid and small crustaceans 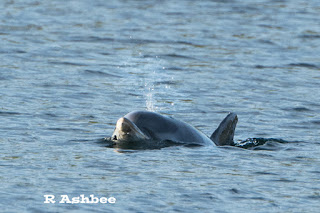 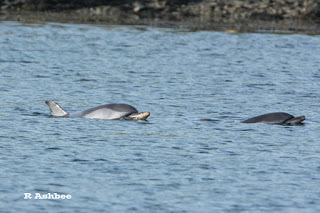 They rarely stray from the deep water beyond the continental shelf and tend to be seen from the Western Isles, if at all. There has been an increase in sightings since the 1990's from north European continental shelf which could be down to warmer seas caused by global warming. 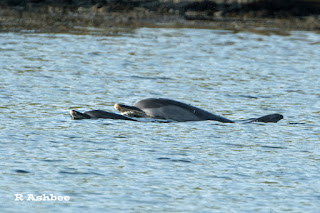 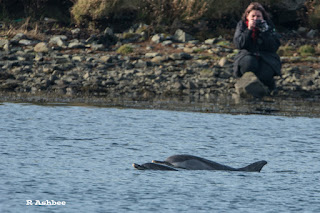 Its strange to see only two Striped Dolphins as normally they are very sociable and are normally seen in pod of 25 or so. 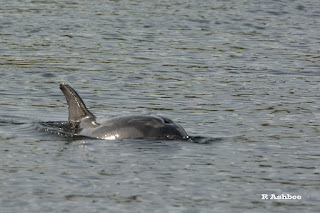 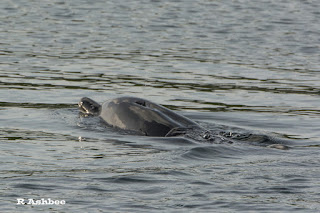 To identify Striped Dolphins, they are stream like and slender with a distinctive flank pattern. it has a dark prominent beak and a gently sloping forehead, the triangular dorsal fin is slightly hooked. 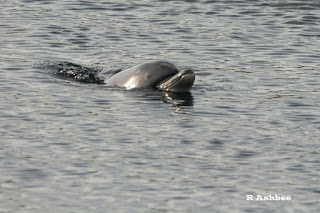 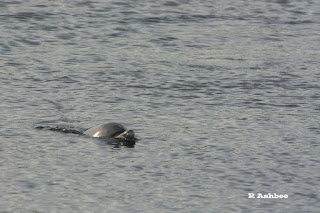 The upper parts dark grey with a distinctive pale grey blaze that sweeps from the fore flank and back up to the dorsal fin. Below is a second strip which is difficult to see unless it jumps clear of the surface.( Britain's Sea Mammals- Hugh Harrop, John Dunn & Robert Still) 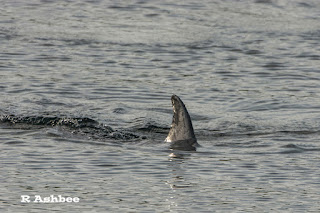 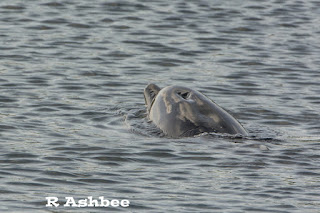 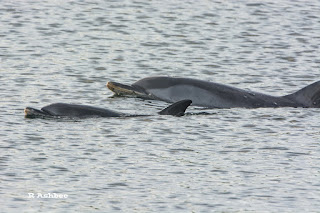 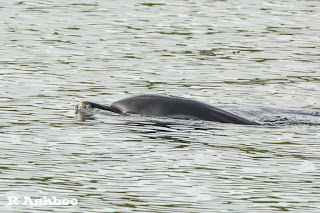 I was pleased to hear that mother and calf had made their way out to open sea , passing the college at 6 pm on Monday. 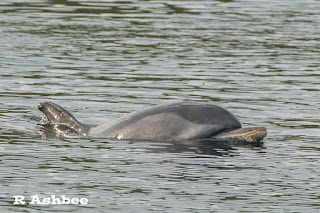 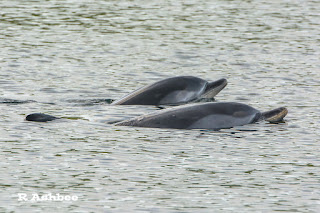 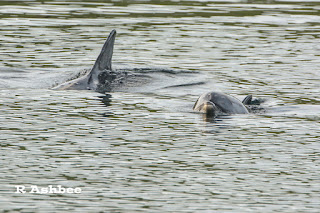 There has only been 13 sightings of Striped Dolphins in Shetland waters, totaling 16 mammals in total. According to Paul Harvey SBRC all those dolphins beached or died. 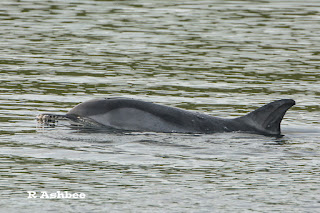 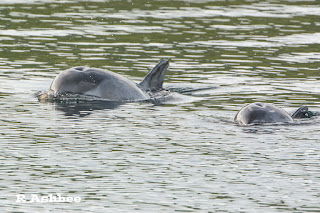 In the last 4 years there has been sightings in Shetland waters, this pair is the only ones to have had a positive outcome. 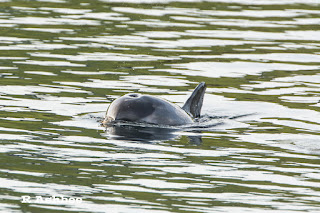 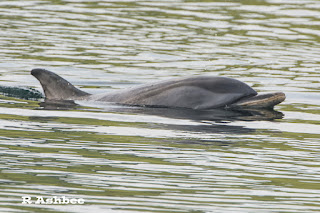