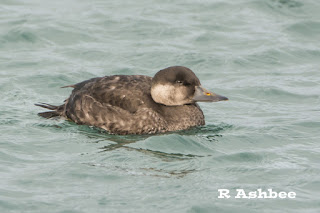 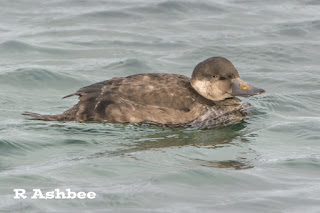 This is a Red listed species with only about 50 pairs breeding in the UK. Four passing Long Tailed ducks were good to see 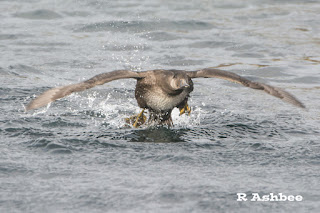 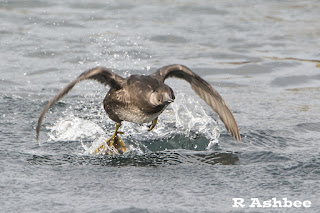 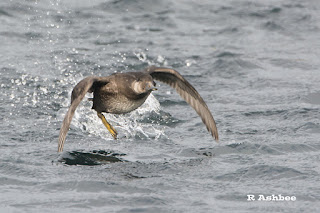 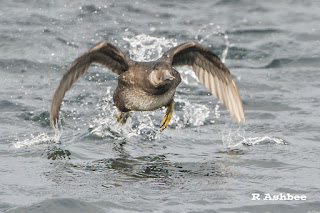 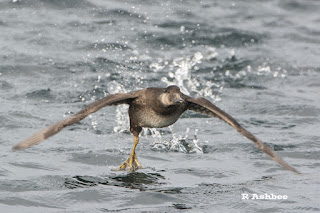 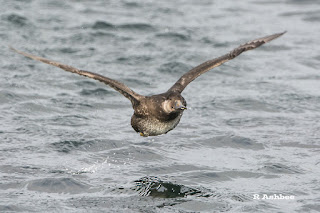 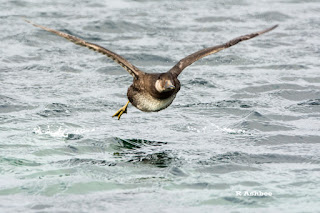 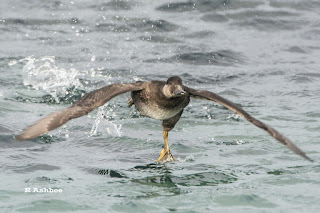 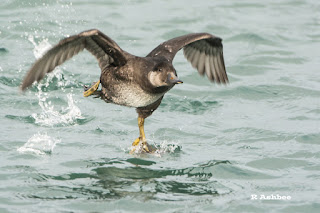 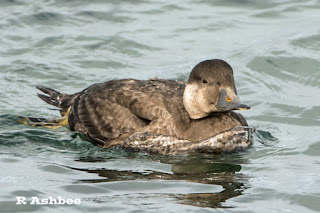 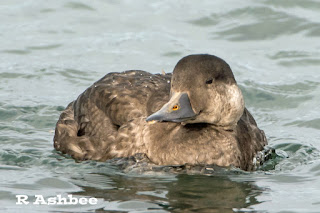 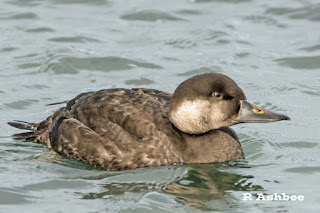 Geese were very evident with Greenland Whitefront(6) flying over to land among other Geese at Scatness point. The flock  was disturbed  and took off, while the Whitefront flew north around 200 Barnacles circled round before landing in the same place, Greylag (15) did the same. 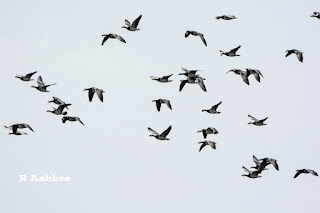 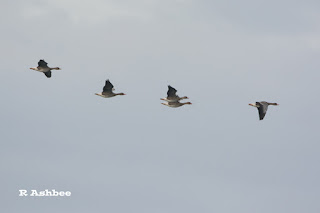 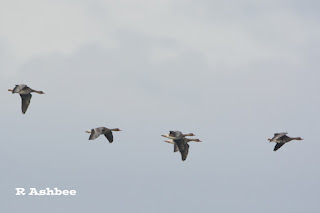 Down at Grutness one Pinkfoot fed in the horse paddock with at least 20 Meadow Pipit. 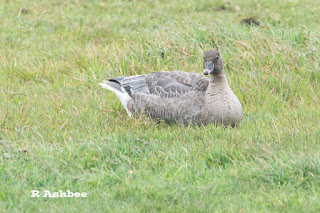 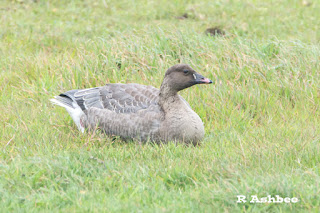 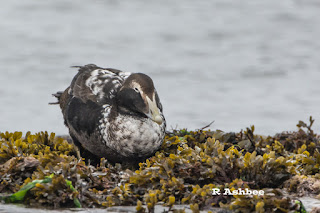 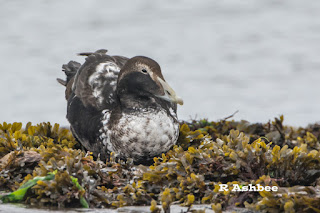 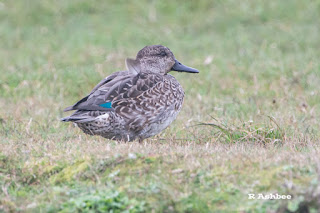 Only a Robin in the wind swept garden, but moving to the first quarry Northern Wheatear (4) Twite (20) Starling (12) . In between the quarries Redwing (22) fed on the moorland area.

Entering the main quarry which offer a little protection from the wind a Woodcock took off and landed in the field at the bottom joining another flock of Redwing (30). It was now becoming very windy so only managed a few photos before the Woodcock took shelter behind a ridge. I tried to get a better view but it was keeping its head down and by this time my hat had blown off twice. 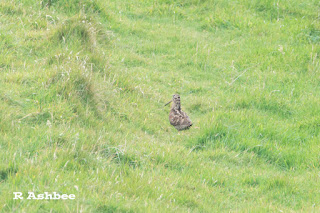 In the quarry two Robin showed at the entrance, Chiffchaff (3) fed along one of the sheltered channels and these were joined briefly by Goldcrest (2) until the wind got hold of them and took them up and out towards the farm. A Yellow Browed Warbler landed on the grass then got blown out of the quarry 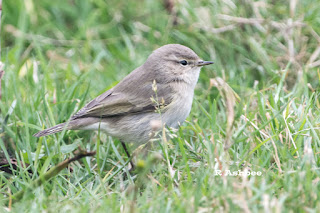 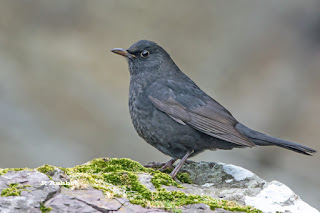 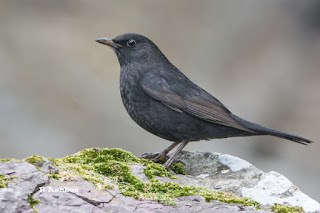 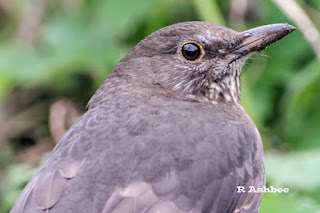 News came in that around a dozen Waxwing had arrived, a Siberian Stonechat  briefly at Toab, new Red Flanked Bluetail at Kergord along with Olive Backed Pipit. Its a great Autumn for birds with less and less visiting birders now present. Despite the terrible weather on Sunday An Isabelline Wheatear turn up at Spiggie another very rare bird