Nesting time is a very stressful time for birds and birders alike. Some birds have already had a rough time throughout the winter, birds such as auks - Puffin, Guillemot and Razorbill spend the winter far out at sea. Others migrate a large distance, spending time down near France, Spain and even Africa 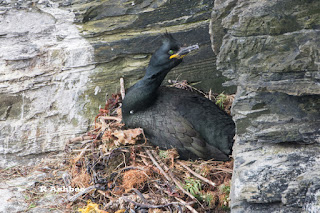 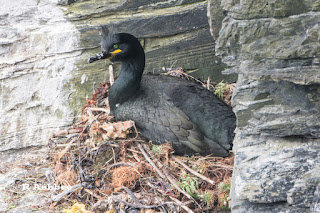 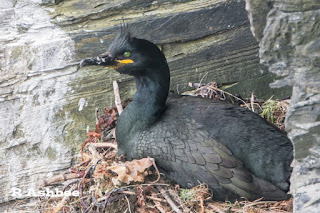 Shags (above) are early nesters, preferring lower ledges on cliffs, not the best spot in early Spring. As often is the case, nests get washed out in high seas, leaving one option, but to re-lay their eggs. Most of all the nests at Sumburgh Head got washed away a few years ago. 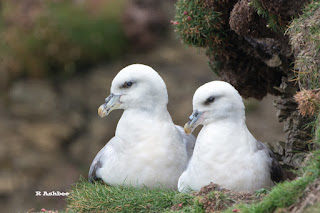 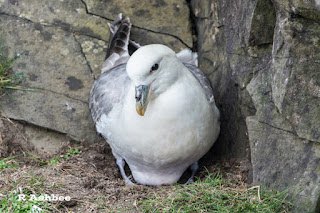 Fulmars can be seen back on the cliffs in January, adding life to the otherwise empty cliffs. These are master flyers gliding effortless in even the strongest winds. They build a nest mainly with small stones or make a shallow depression in grassy areas. 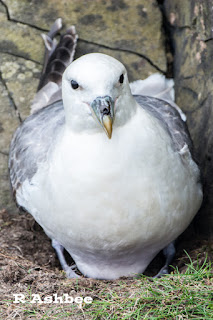 The couple of photos above show the brood patch, keeping the eggs nice and warm. These birds have increased over the years and have few predators. The nasty smelling oily liquid shoots out from the tube on the nose , anything that gets coated doesn't last long. These bird defences are said to have stopped the re-introduction of White Tailed Sea Eagles in Fair Isle, with many Eagles covered in the oily substance unable to fly and are possibly the reason why Shetland only has a pair or two of Peregrine Falcons. 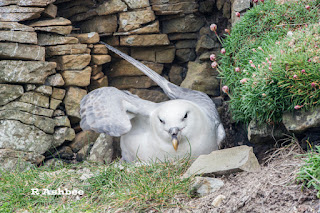 One problem for Fulmars is the amount  of plastic they are picking up at sea and digesting which eventually kills them. 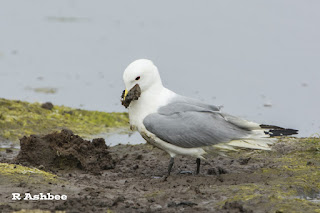 Kittiwakes have been having a bad time for many years, all down to the lack of Sand eels. Numbers at Sumburgh head dropped to 1/10 of the 1980 population in recent years and no signs of recovery. 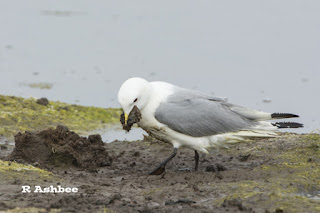 Kittiwakes like a well lined nest with plenty of mud to build and cement the nest. These bird regularly collect mud from the pool at Grutness. 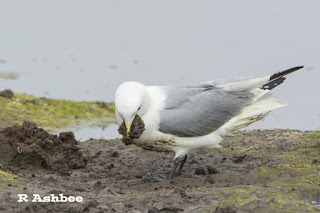 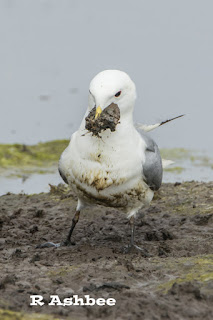 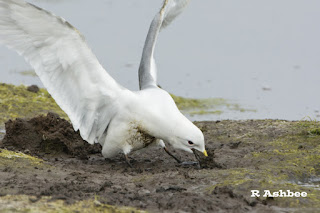 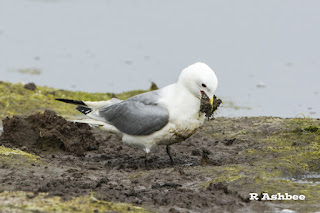 Mallard young have already hatched out and are seemingly well guarded by their parents, but with Skuas and gulls on the look out for an easy meal, many never survive to adulthood 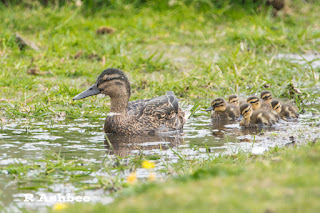 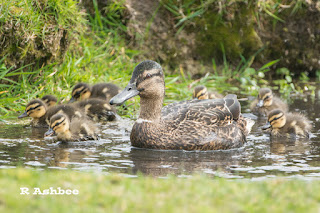 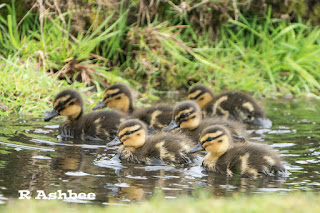 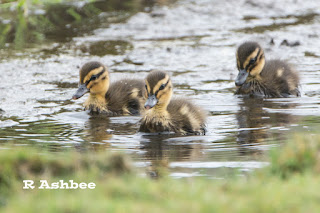 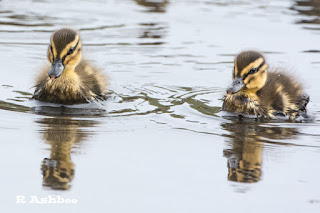 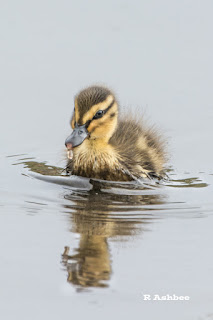 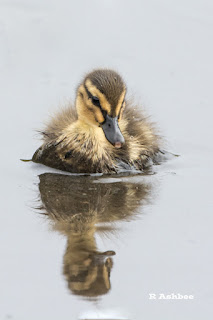 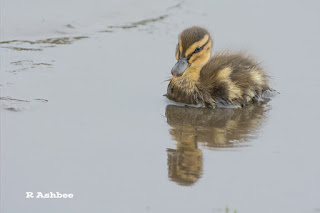