Twite are delightful little birds, some  people would call these Little Brown Jobs (LBJ's). However     the male has a distinctive Pink rump and a buff colour on head and neck.  In Shetland it is fairly common occurring on coastal and moorland habitats 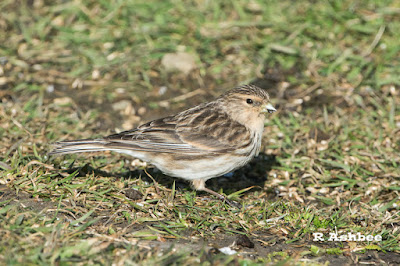 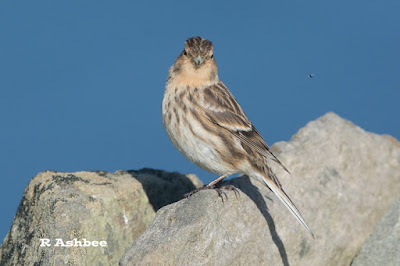 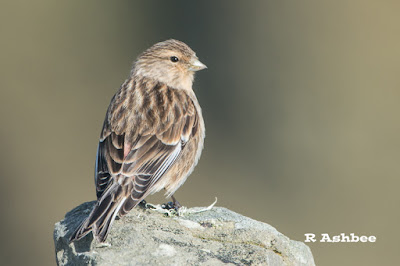 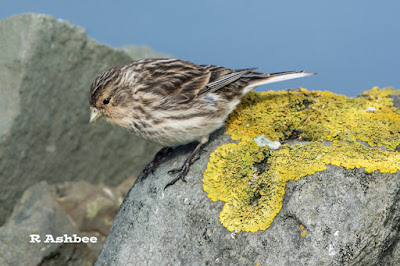 In Autumn and Winter, flocks of over 100 birds can be seen especially when stubble is available. 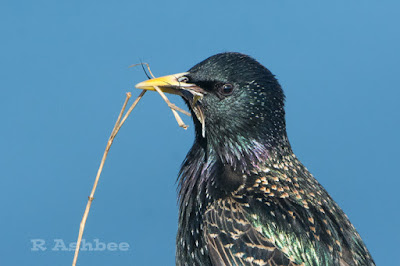 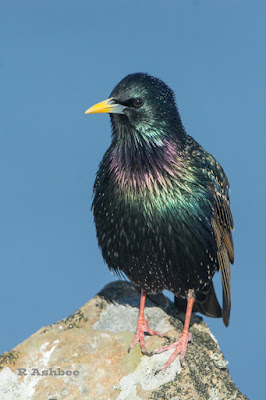 Starlings are very colourful and noisy at this time of year and are a common bird in Shetland. 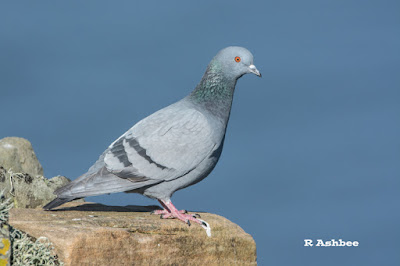 Rock Doves are always nice to see with some people indicating that Shetland probably has the only genuine Rock Doves in Britain. In other areas they interbreed with feral and racing pigeons 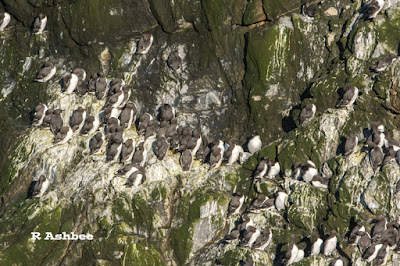 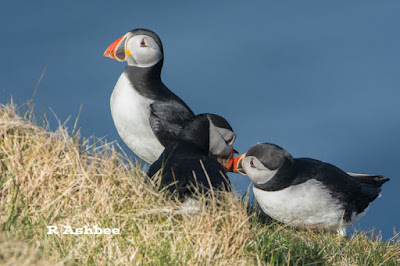 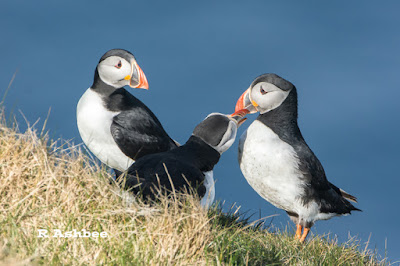 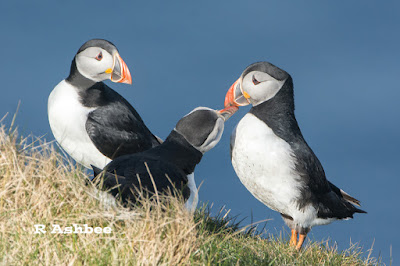 Puffins arrived back on the cliffs of Sumburgh mid April and got to work straight away, excavating nest burrows, collecting nest material and doing a large amount of bill fencing to re establish the pairing bond.  Hopefully they will have a better breeding season. 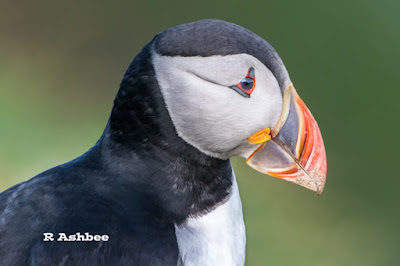 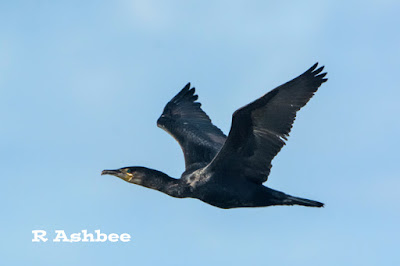 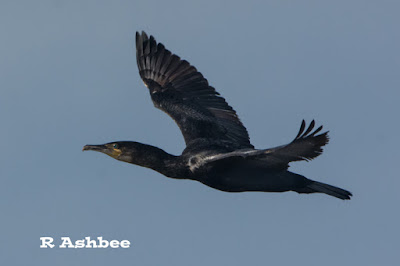 I returned to Hoswick for another attempt at photographing the Great Grey Shrike the other day and managed to get some better photos. 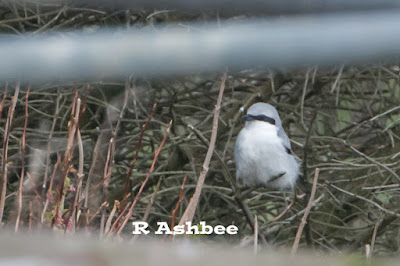 It was only 5 mins before it appeared in its favourite place , from my view point, directly behind the scaffold poles. After it was disturbed by workmen it moved into a bush doing some wing and leg stretching before flying off along the coast. 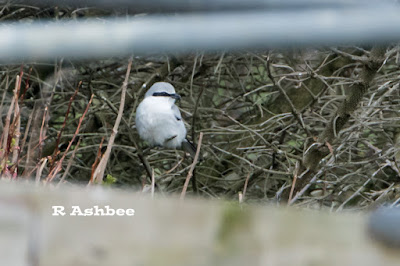 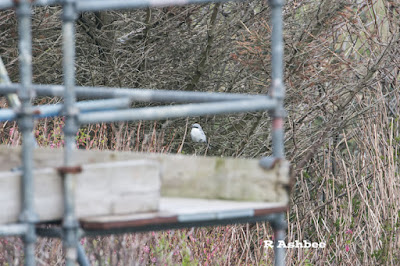 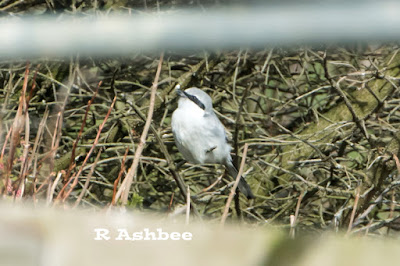 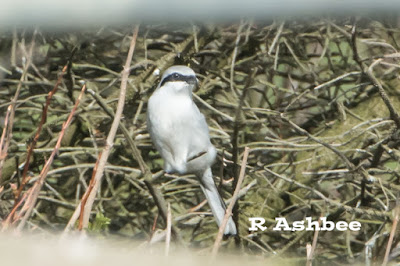 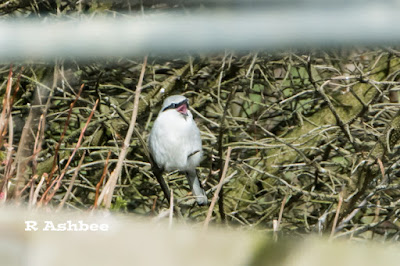 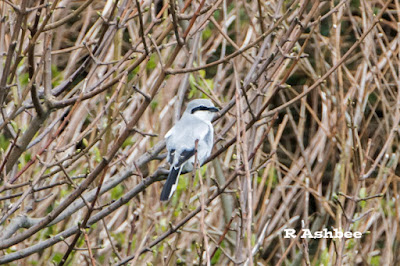 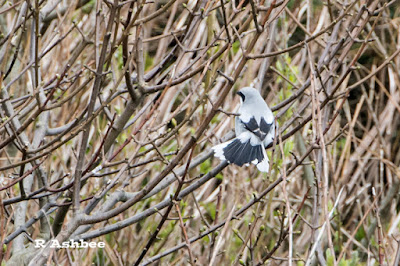 It has now been present for six days and appears that it may be using some barbwire to impale its prey.

Three Common Cranes have been flying up and down the south mainland leading everyone a merry chase.

We managed to see the following in the south mainland: