With all the gales and heavy rain since my blog its been difficult to get out. However Friday and Saturday it was still and dry but overcast. As I wasn't at work I decided to check Sandwick to see what was around.

Down at Sandsayre the waves still crashed in and made viewing difficult but I did managed to pick out Eider (44) Goldeneye (4) Shag (6) Black Guillemot (2) Herring Gull (8) GTBB (4). 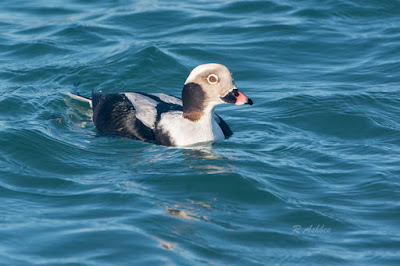 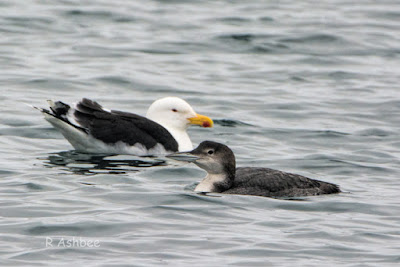 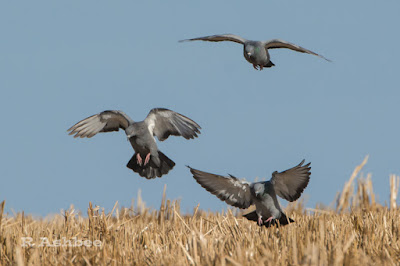 Although a few Little Auks have been found in Shetland this is nothing compared to 100's seen on the east coast of Scotland including 960 on the 8 January at Aberdeen. But at least the Mourning Dove is still present in Lerwick. 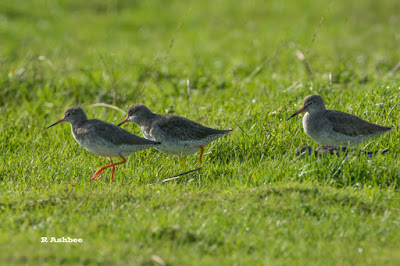 Saturday, although we had gales and showers throughout the day we made our way down to Sumburgh area. First stop was the West Voe where the beach was fully covered in seaweed. This attracted Turnstone(16) and a number of Herring, Common and GTBB gulls. Out on the sea Goldeneye (28) joined by a  Velvet Scoter and Long Tailed Duck (8) Shag (12) and a close in Gt N Diver. 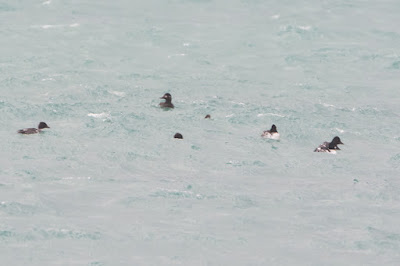 Over at a very windy Grutness a similar view of a beach covered in seaweed with the usual waders Turnstone (8) Redshank (5) but my attention was drawn to two Little Gulls, an adult and a juvenile which fed in the surf. Other gulls joined in and Gt N Diver (2) with a few LT Duck (4) 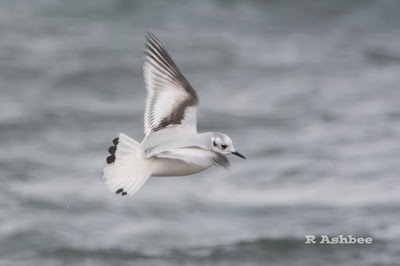 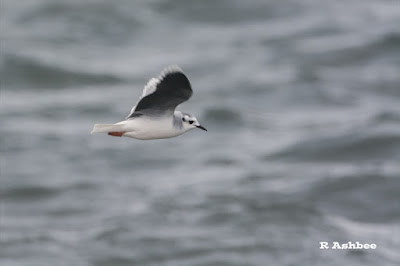 Lots of Lapwing fed in the fields around the south mainland (200+) joined by many Blackbirds and a few Fieldfare and Redwing. Near Boddam a Grey Heron flew across the road. Back home a Merlin flew close to the house putting up a flock of around 50 Starling from the field and a Robin sang close by. 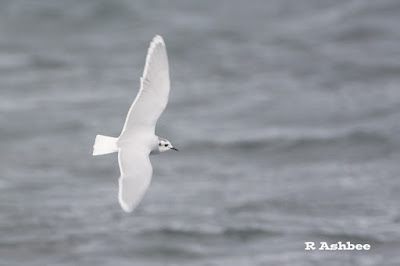 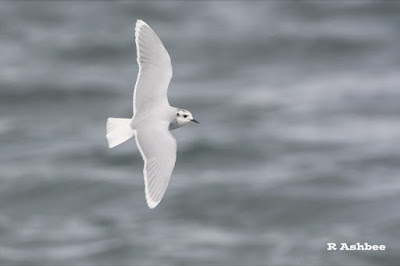