I have been surprised by the good weather we are currently having, still, dry with some sun as well. Much better than the forecast which said rain and cloud all week, although we did have snow this weekend and it has been very cold

Today had a quick look round Sandwick which revealed many waders feeding in the fields. Very few Geese around but I did see a large flock of Greylag over at Bigton. On the sea a small flock of Goldeneye and Eider with the odd long Tailed duck as well. 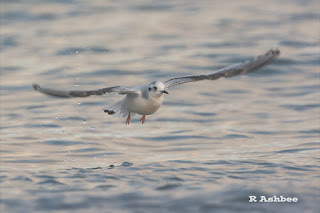 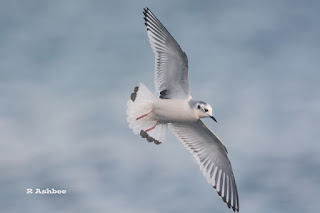 Back to last Monday,  I went for an early morning look for the Little Gulls in the south mainland, on arrival at Grutness one of the juvenile birds showed well, that was until 3 dogs appeared. They soon moved to the other side of the bay and the gull reappeared feeding close in. 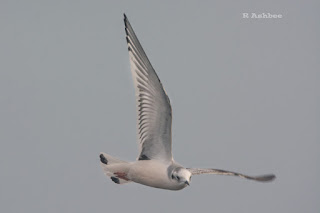 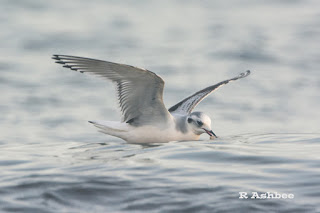 At least twice the bird caught small fish but it was constantly searching. Common and herring gulls joined in. A flock of 22 Turnstone soon left the sandy area  when the dogs came back down to the car park end. I could also see a Gt Northern Diver but it failed to give a close view. 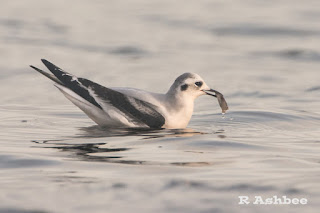 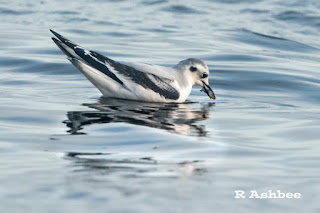 Up at Sumburgh Head things were quiet with only Blackbird(6) Rock Pipit, Twite (3) but on the cliffs 50-60 pairs of Fulmar could be seen in pairs while several hundred rested on the sea below the cliffs. Around 20 Rock dove , also in pairs sat around only flying off when a pair of rabbits started to chase each other . 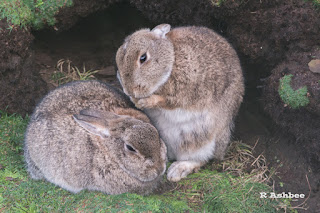 A quick look at West Voe, produced 22 Goldeneye, Velvet Scoter and 64 Long Tailed duck close in shore and Gt Northern Diver (2) well out in the bay.

In the afternoon I had a quick visit to try and see the Mourning dove again, but it was hiding in a garden somewhere, however on Tuesday I did get a view of it sat low down in a bush much to the delight of 5 birders who had come up from Sussex for the day, couldn't have been better for them. 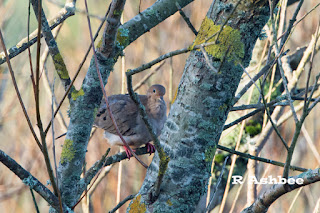 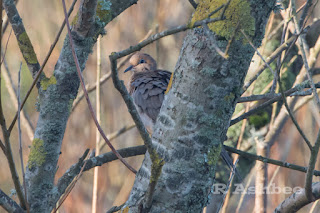 Out at the catch , a nice flock of 30 Long tailed duck close by a displaying flock of 22 Eider. Possibly 20- 25 Grey Seals also came to collect the free food pumped out into the bay. No white winged gulls as yet but February seems to be the best month. Three Glaucous Gulls turned up in Yell on Tuesday, so its nearly time. 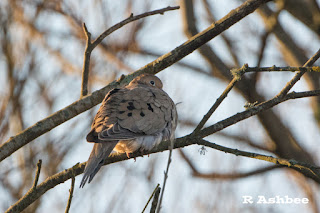 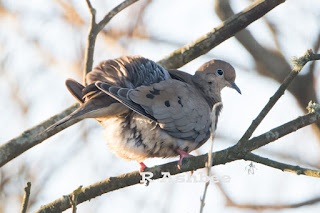