Shetland is fortunate in that it has a good number of breeding waders, some rare but also is a stepping stone for waders moving to and from their arctic breeding grounds. 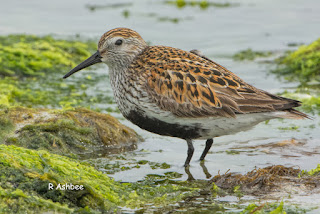 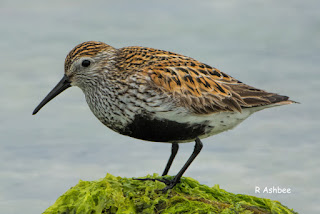 At this time of year all breeding birds have passed through Shetland but a good number of waders also summer here, most in superb coloured plumage. I like Sanderling, these even look smart enough in winter plumage moving like clockwork toy as the run before the waves. 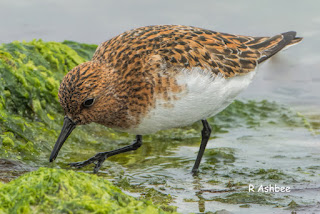 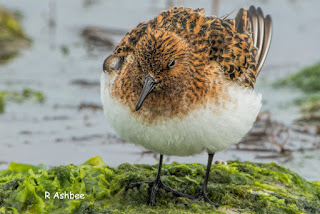 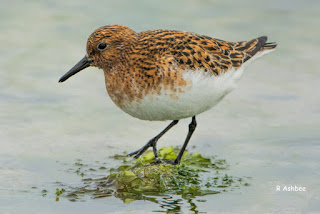 This time of year they have smart rustic plumage, some a deeper colour than others being that bit nearer full breeding plumage. They always call to other Sanderling as they feed by probing the sand or bladder wrack seaweed. 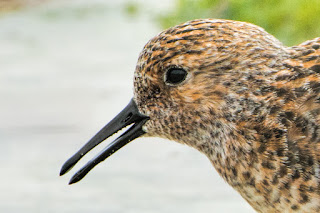 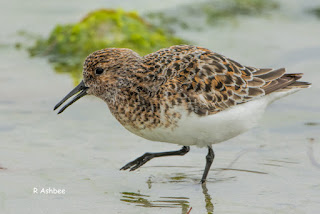 They don't seem spooked as much as other waders so by a slow approach you can get quiet close. Often they are joined by Dunlin, Turnstone (in superb colours) and also Ringed Plover. 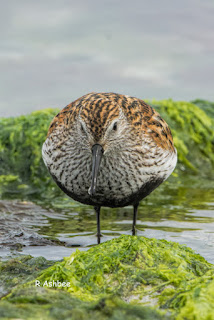 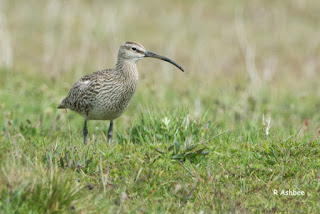 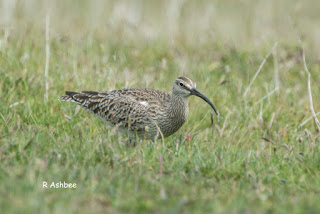 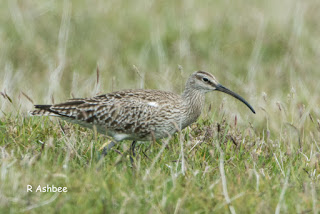 Oystercatchers seem to the most numerous bird breeding on any suitable habitat, young have hatched out but some birds are still sat on eggs. They defend their young against all predators such as Gt Skua Gt Black Back  and Herring Gulls. They certainly liven up an area with their constant kleeping and chasing about. 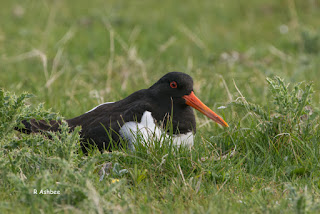 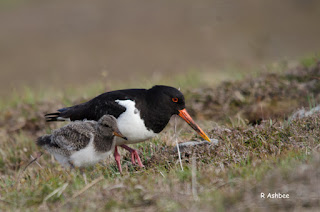 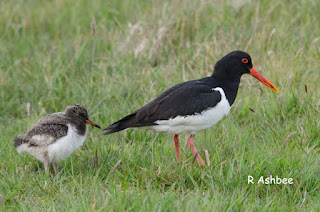 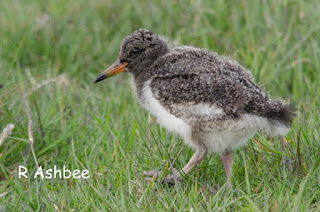 Snipe , Redshank, Dunlin and a good number of Ringed Plover nest on moorland. The latter is unusual in this respect. Snipe are busy drumming and chasing high in the sky, Redshank alert everyone to a predator.

Lapwing are still present in reasonable numbers but like the rest of the UK they are in decline. They prefer damp areas and many are still in display mode dive bombing and just pulling up before crashing into the ground. Often they nest where a high density of sheep occur and some eggs may be lost as a result. At least they don't have Goshawks predating them as they do in the Peak District, well they did until the raptors became persecuted
Posted by Shetland Storm Force photography at 08:28