The Sam Simon anti whaling vessel left early from Lerwick on Friday as the weather closed in. This vessel was previously owned by the Japanese as a research ship. This ship will join up with two other in Faroe trying to stop the mass death of whales. 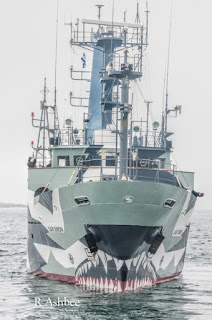 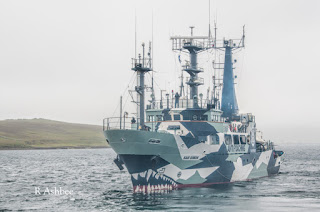 Around 1,200 pilot whales are killed each year as they are driven in shore by locals in small boats and then slaughtered, blood turning the sea red. The aim of the ships are to make sure they divert the whales away from the Faroe coast and stop the smaller boats from reaching the pods that swim past the islands during the summer. 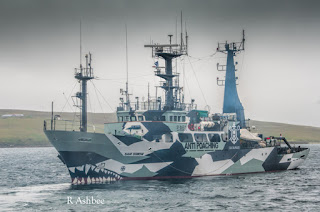 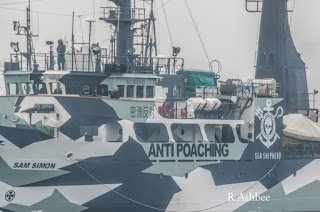 Having seen a pilot whale in Whiteness Voe west Shetland earlier this year I cannot understand why anyone would wish to harm them in any way. 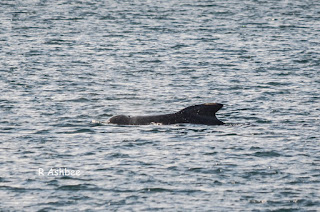 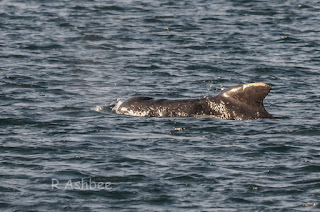 This weekend was anything but summer either in weather, as it was foggy or birds seen. Ok we did come across a singing Chiffchaff at Grutness and a couple of swallow down at Sumburgh farm. With the cold damp weather this is having an affect on breeding birds with very low numbers of Arctic Terns around. 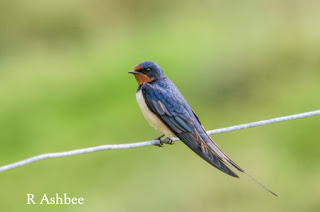 Earlier in May they brought large sandeels in but now few are bringing in any fish and these that are are bringing in very small fish. The Grutness colony is very quiet this year, but both Arctic and gt Skuas still come over looking for opportunities to catch young birds or in bound terns with any food. 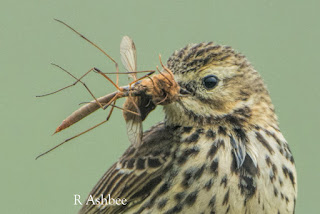 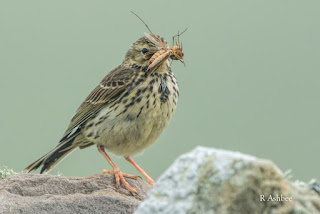 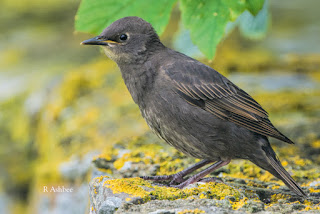 We did come across Meadow and Rock Pipits, Wheatear, Starling, sparrow & Skylark with food, along with food laden Oystercatcher , Herring Gulls. Very few Wren about this year, but a few more pairs  of White Wagtail. 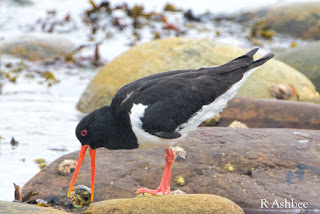 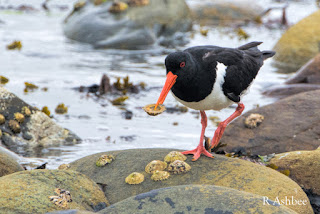 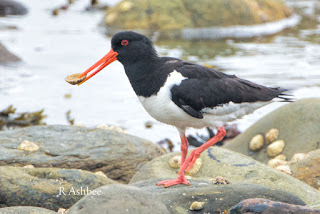 Unst  is the place to be with Great Reed Warbler & King Eider , with Rustic Bunting down at Sumburgh quarry. Its amazing Shetland has been so poor for migrants this year with several Bee eaters on the Outer Hebrides and a good range of birds as close as Orkney. 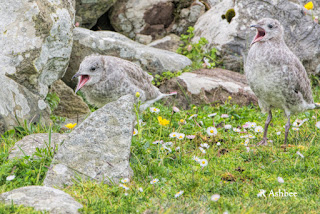 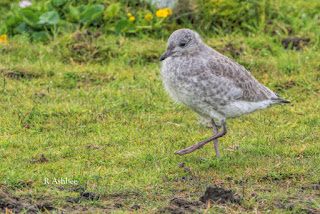 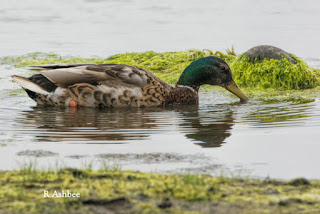