Last weekend had a mixed bag of weather which has resulted in a slow start to the migration season. Common migrants such as Willow warbler, Chiff chaff, Swallow, Robin and Blackcap seem reasonably plentiful. 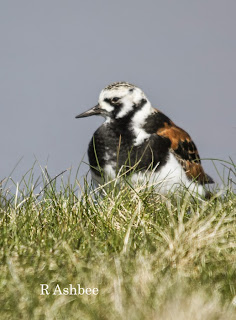 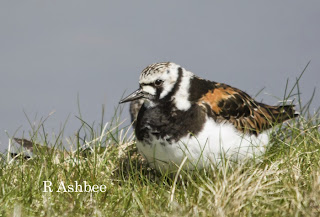 Arctic Terns and Skuas are here in small numbers but wide spread, but so far this year has been poor compared to the same time last year.

A number of Gt Northern Divers in both winter and summer plumage was seen in the south mainland together with a small number of Long Tailed Duck in the first week of May. It was cool with rain on a number of days keeping migrants down, that was until the following week.

Week commencing the 10 May came with lots of migrants arriving, Redstarts, Wood Warbler, Long Eared Owl, Common Crane (2) and on the 11 May a Dark eyed Junco down at Toab. I didn't get this news straight away as I was delivering a photography course in Lerwick and then needed to go shopping. When I checked my messages around 2 pm the bird had already been present three hours or more, but it seemed settled and even sang.

Just as we arrived at Toab the heavens opened and it started to rain heavy, so much so we gave up after an hour. Other birders arrived after six and although it was raining it was no where near as hard and they managed some brief views and photos.

The next day the weather looked more promising so again we headed south. On arriving I met up with a birder from Fife who had travelled up on the over night ferry hoping to get a glimpse. We looked in the garden and surrounding area but the bird had gone and we gave up after an hour and a half. The first two House Martin, Swallow, Willow Warbler and a singing Sedge warbler the best of the birds. Two late English birders from London didn't seem pleased with the news and after a bit of swearing jumped into a hired car and shot north to the Crane site at Levenwick where again we all dipped.

A Kestrel at Quarff hovered near the main road, while Henry's Loch held coot and Tufted (4). Stopping at Clickimin two mute swans (both juv's) fed close to the north side of the loch, over 40 Tufted in two flocks were the only duck present. It was good to see over thirty Arctic Terns on the small islands and although nothing special was present at Helendale a House Martin flew over. 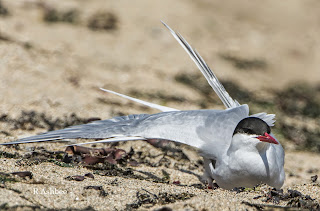 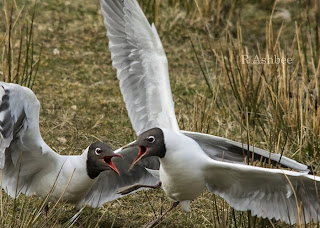 Over the last few months birds have been in song, but one bird has not been heard very often and that's the wren. It doesn't seem to have been a very bad winter so i don't know why they should be in such small numbers - Do you have many Wrens in your part of Shetland, please let me know ! 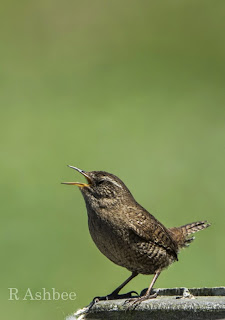