You may remember on my last blog voting had opened to gain the views on whether the Viking Wind Farm project should go ahead in its present form. The Vote in the Shetland Times closed Wednesday with 67% (5653) against and 33% (2740 for). This must mean something and i know many more people who would have voted NO if given a little longer. (as indicated on Facebook)

I said before that Shetland could be too windy for the wind farm, check this out to see what has been paid out when it has been too windy

It would be better just to throw bags of money into the air.

Now don't be surprised if the next step to kill Shetland is to go ahead with an offshore wind farm as well as the Viking project. A few days ago the Government gave the go ahead to build worlds biggest offshore wind farm in the world. This will be built off the coast of Yorkshire, at Dogger bank. This scheme involves 400 Turbines which will cover 435 sq miles of seabed. Currently the UK has 1,200 offshore Turbines. 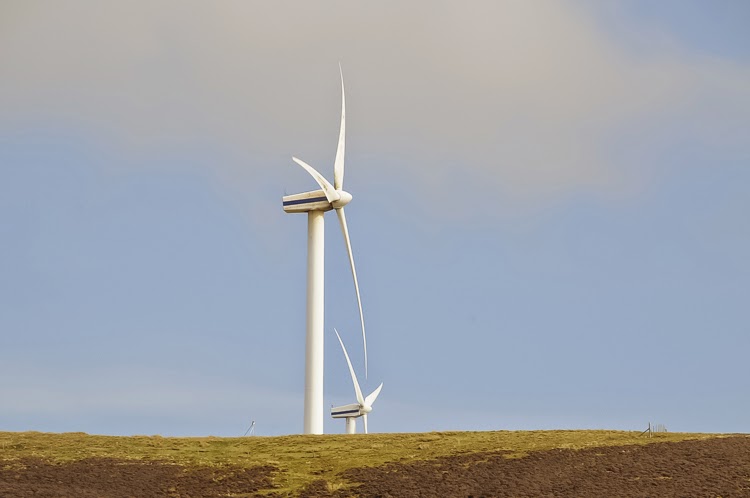 Cast your mine back to May 2011 when proposals came forward to set up 5 massive off shore wind farms, these would completely circle Shetland. The largest area from Whalsay to Sumburgh would cover 1,074 sq miles alone.

See the government strategy on off shore wind farms at Blue Sea- Green energy produced by Marine Scotland. Interestingly enough, the authors claim that measures can be put in place to protect fishing, the environment and shipping, and we all know now what that means  ! The energy produced would be added to the onshore Viking Project and transferred by the interconnector (The missing power). It seems to suggest that the problems encountered by the fishing industry would be off set by increases to the Marine& Engineering job sector. 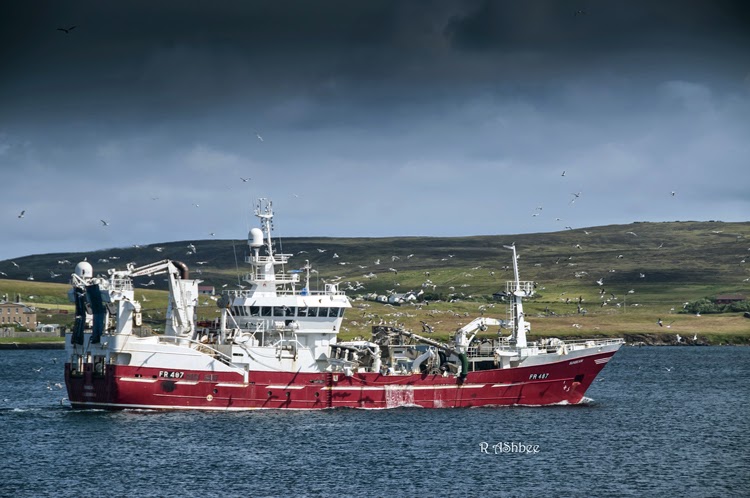 Spring has arrived with snowdrops out and Daffodil and crocus on the way. Ravens and Hoddie crows along with some gulls are displaying but at the same time the weather can turn very wintry as it did Tuesday with a covering of hail. The moors are very wet with lots of standing water which has attracted numbers of wader, duck, geese and swans. 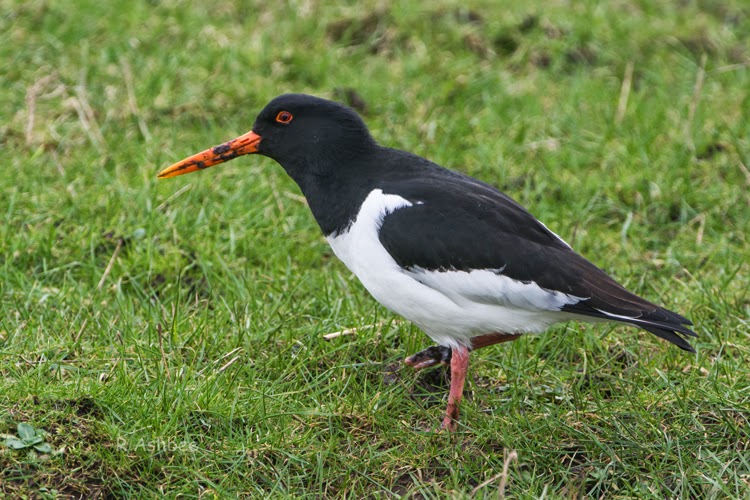 Flocks of Curlew, Lapwing, Fieldfare, Greylag and Whooper Swans have been passing over our house this week. We also had a pair of Chaffinch, a Meadow Pipit and a nice flock of Twite coming to the edge of the garden. Glaucous gulls have increased to seven at the catch while I saw an Iceland Gull in a field at Quarff last Tuesday and was still present the following Wednesday.In fact it seems that at least 13 Iceland Gulls were present the other day as far north as Unst 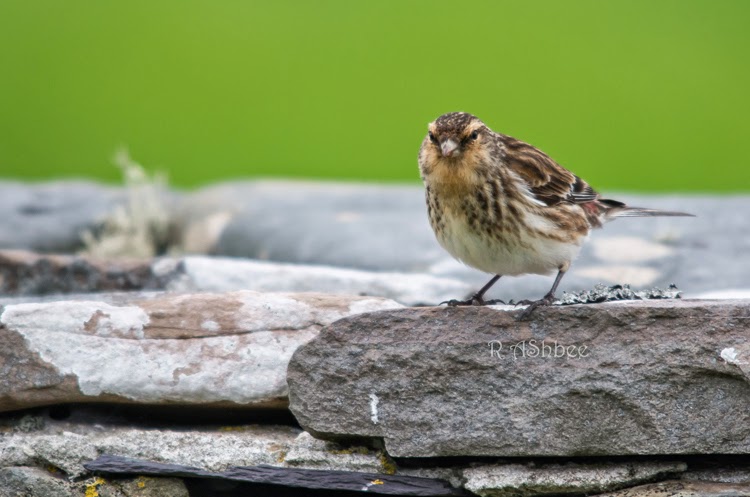 Last weekend a swan collided with power lines at Vidlin which resulted in the loss of power to 600 homes for around an hour. 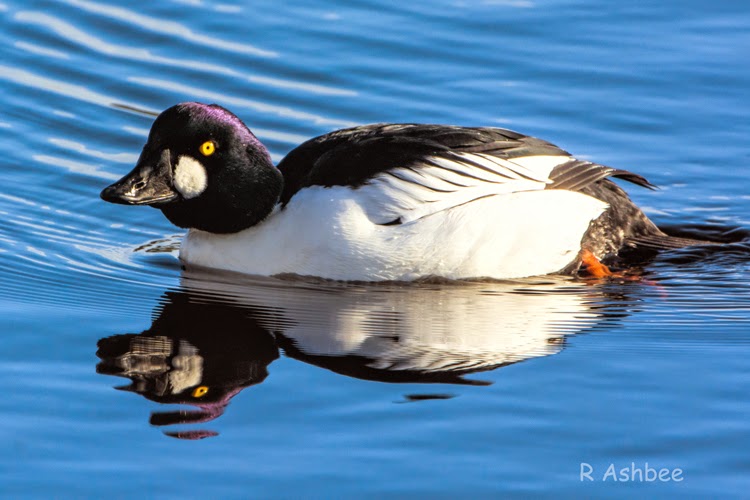 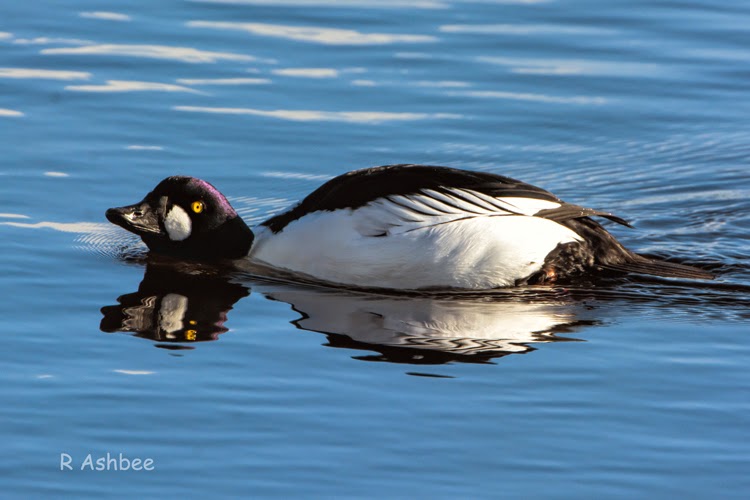 Goldeneye ducks are now displaying on a number of Lochs while at Sandsayre and Mail males are still present on the sea.

Its good to see birds of prey in Shetland as they are thin on the ground and are usually more visible during migration. This Sparrowhawk has been seen around Clickinim for a week or so, disliked by Raven, Hoddie and gulls 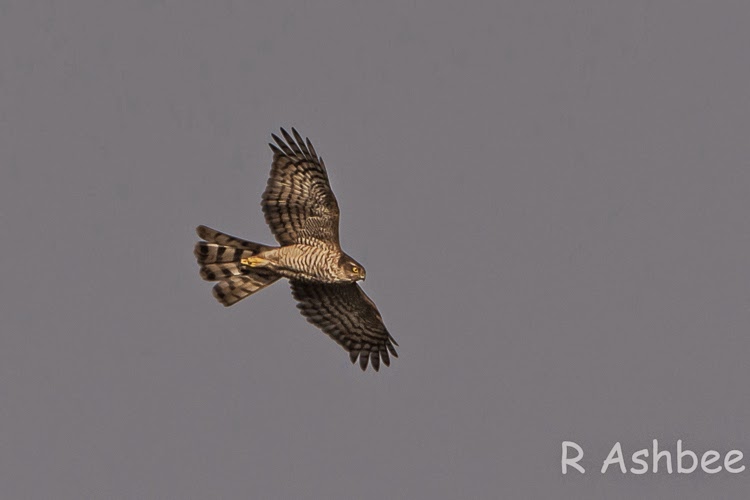 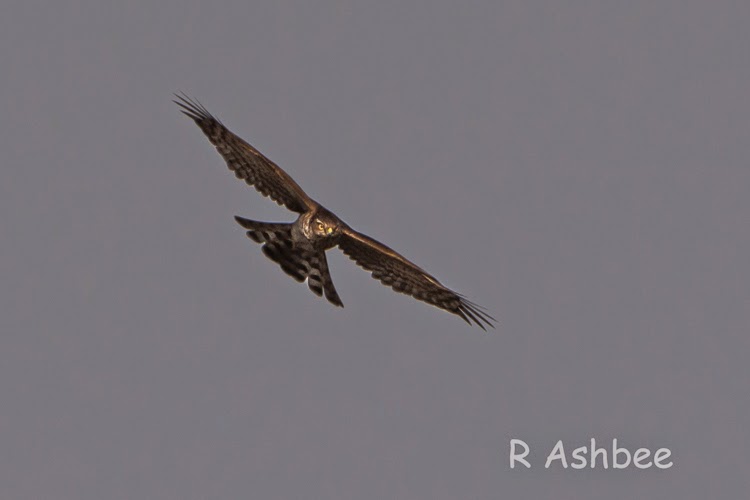 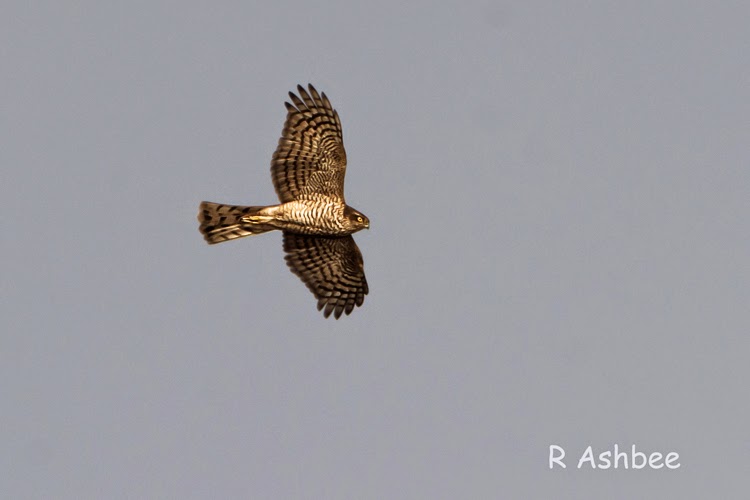 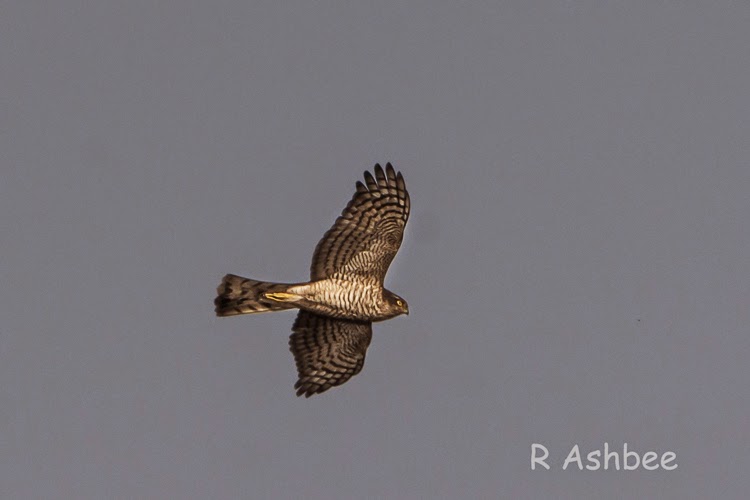