After the recent strong gales we hoped that something unusual would turn up and although we didn't find any rare birds a Grey Cheeked Thrush turned up in the afternoon at Rerwick, Red Flanked Bluetail's at Geosetter and Voe and a Grey Phalarope and Pied Wheatear in Unst.

Saturday was superb weather and after a few days in we couldn't wait to get out. Heading down to the South Mainland we thought that large numbers off thrush may have arrived in the strong easterly winds but few could be found. 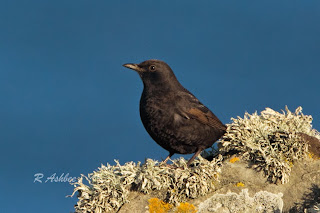 At West Voe of Sumburgh the waves crashed high up the shore where a large amount of seaweed was present, this attracted Purple Sandpiper (7) Turnstone (56) Redshank (16) and numerous starling. Further along the two Snow Bunting were still present but now into the dunes where they would disappear frequently. 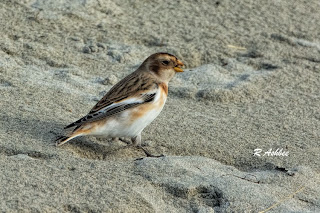 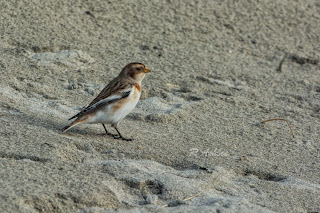 On the sea four Long Tailed Duck showed, two very close in which provided good photo opportunities. A  large raft of Fulmar made up the bulk of the other birds along with several Shag and a few Herring Gulls. 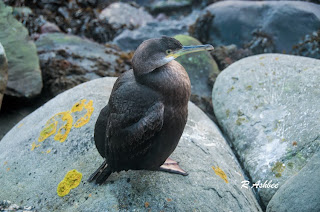 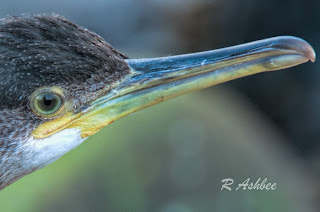 Onto Spiggie where Whooper swan(16) became very vocal but remained on the loch, these were joined by Mute Swan(2) and Goldeneye (18) staying very close to the swans. Wigeon (35) Teal 6) Mallard (12) Slavonian and Little Grebe (1 each) stayed close to the shoreline. Flocks of Lapwing, Curlew and Greylag kept flying up, maybe due to a bird of prey but we didn't see one.

On the beach a flock of Turnstone (28) took flight but Common Seal (12) came up close to pose for photos. Many Fulmar skimmed across the bay and several Gannet plunged into the sea, while Ravens and Hoddies kept flying down to feed near Sheep.

On Sunday we caught up with the Grey Cheeked thrush which was very confiding, although the sun was bang in front of us. Later we moved round so the sun was at our backs and managed better photos. Only three of us watching this North American bird, breeding in Alaska and Canada and which usually winters in central and south America. A far cry from when the Rubythroat or Yellow Browed warbler was found attracting scores of twitchers. 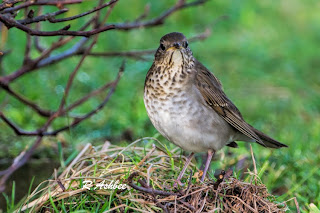 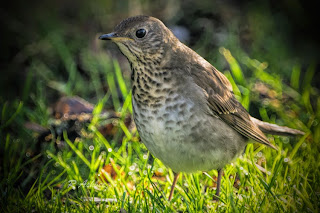 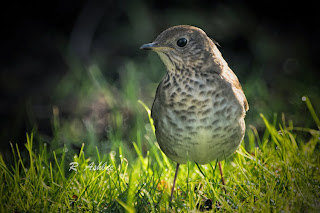 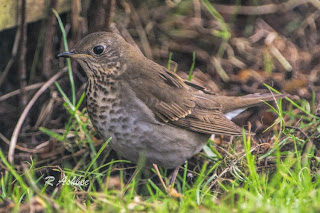 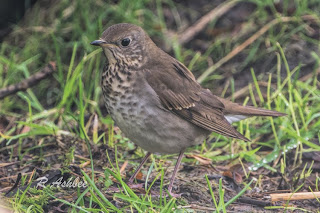 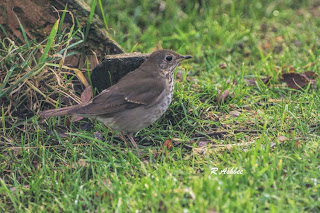 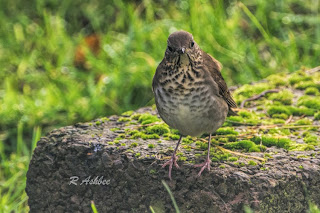 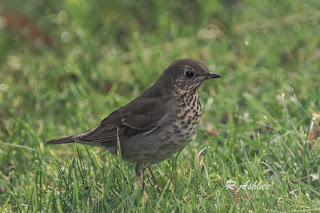