The smaller Arctic Skua or Skooty Alin (Shetland name). is in decline and it is estimated that in the UK only 2,100 or so birds are nesting. 10% of the nesting birds can be found in Shetland. 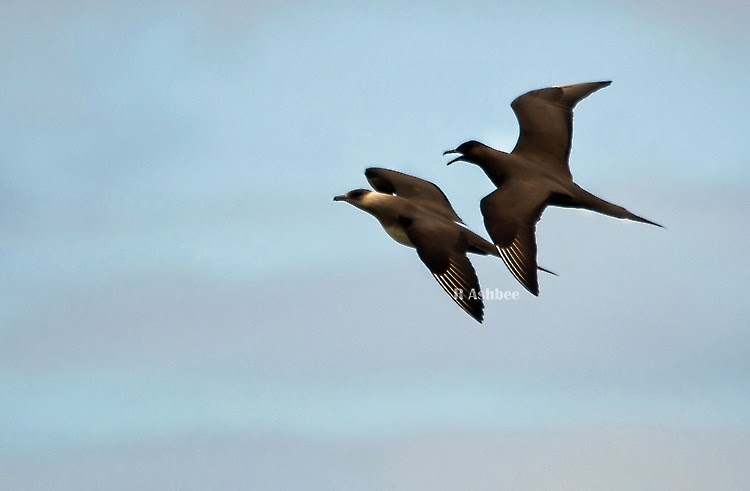 This bird is reliant on other birds finding food, such as Puffin , Kittiwake and Arctic Terns and it tends to nest close to these. The problem for seabirds is that they cannot find enough food to survive and this has affected numbers of Arctic Skuas. 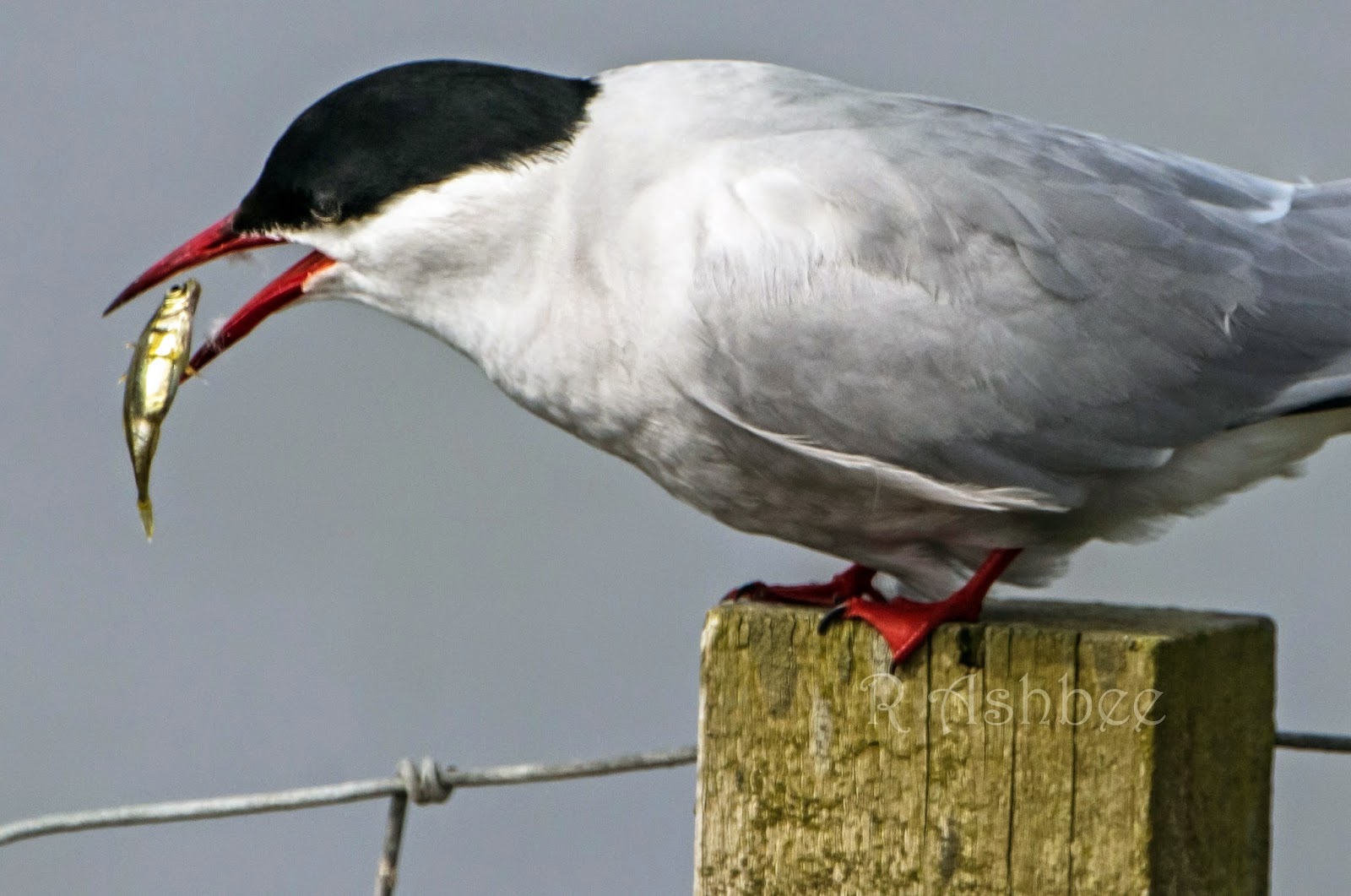 Arctic tern just one of the birds targeted 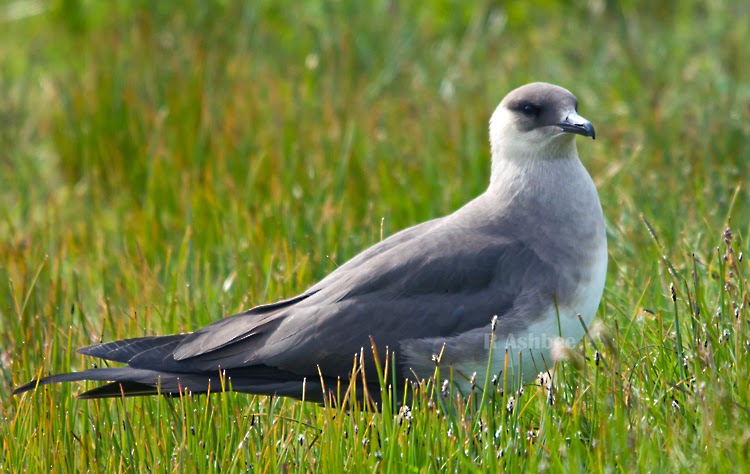 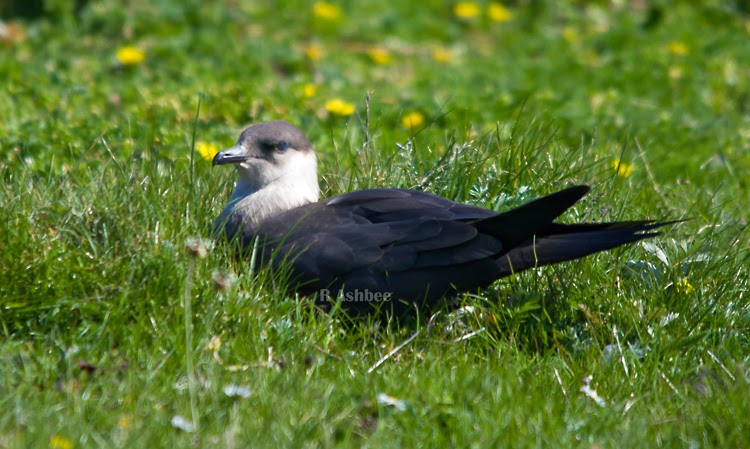 They can be seen moving fast low over the sea chasing auks and terns, forcing them to disgorge their food and then the skua picks this up, this is called Kleptoparasitism. Some birds are now taking eggs and in some areas small birds. 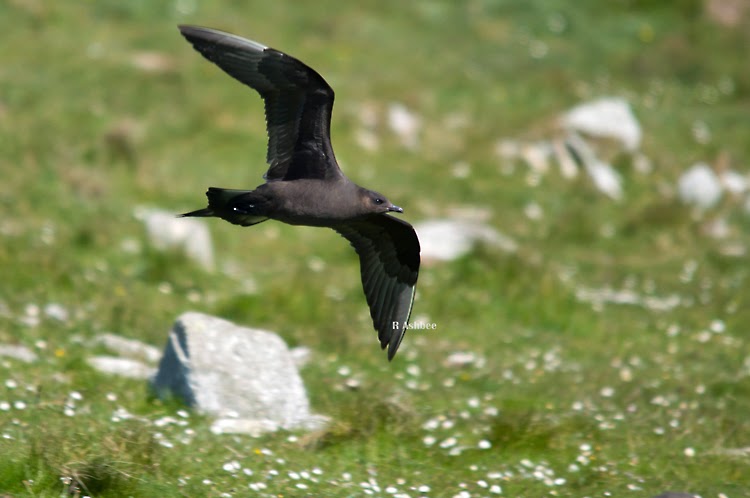 They come in two colour forms- dark birds & light phase , they breed together but the light phase birds are more common the further north you go. 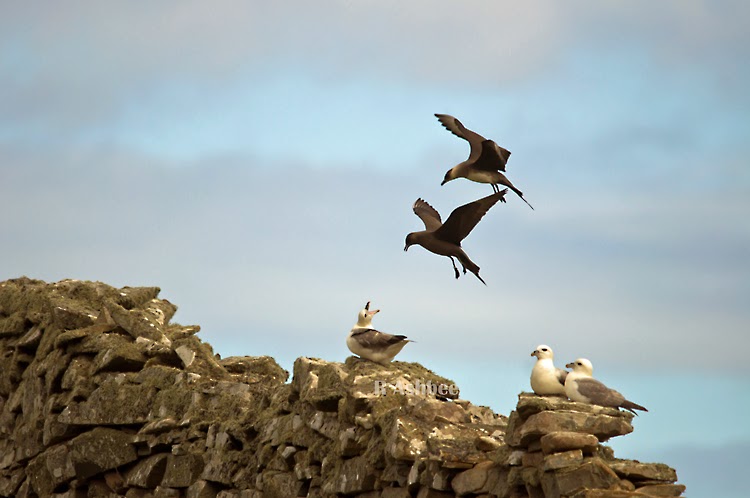 Around 7-8 pairs of nesting birds used  to be found on Hermaness but it is now down to one pair, although they haven't managed to raise any young for a couple of years. The same goes for birds on Noss and on Mousa. Gt Skuas are forcing these birds out and numbers have dropped by....., Gt Skua taking the best breeding areas and also predating young Arctic Skuas. The future looks bleak as it does for so many of our seabirds.

They are very fast in flight and can be easily told by the narrow pointing wings showing white, a long tail- although short compared to the long tailed Skua 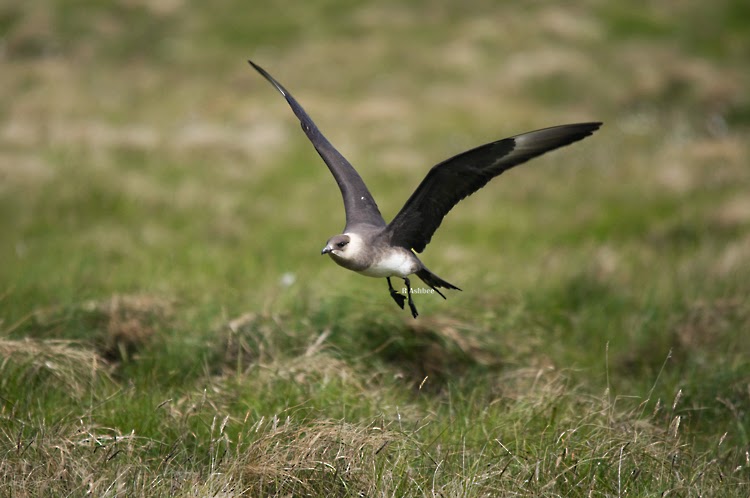 The Long tailed skua is a scarce migrant passing Shetland in May as it heads up to the arctic breeding grounds. An adult male bird did take up territory on Burra for three seasons but did not return during 2013. It seem to associate with an Artic Skua. It would come low to investigate any person in the area.and seem to feed on insects found in a marshy area. 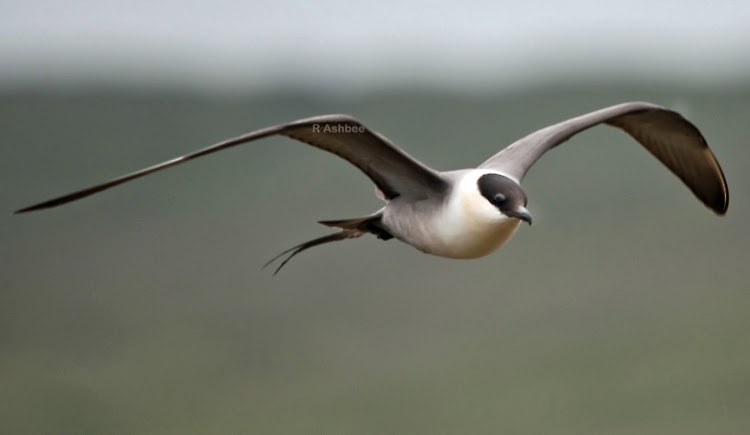 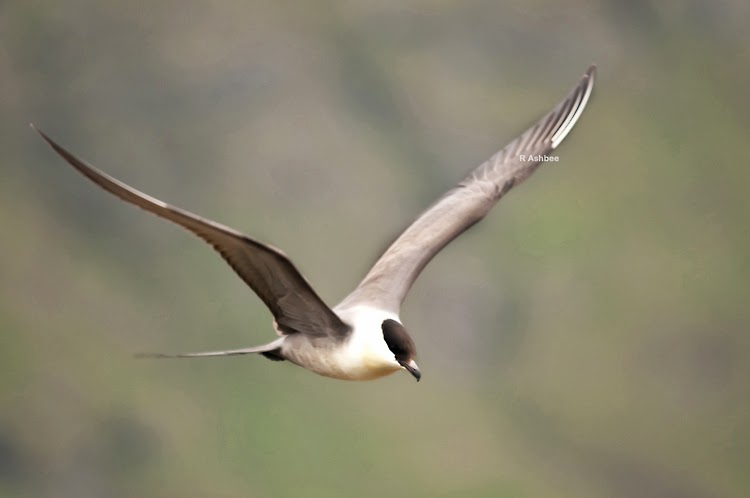 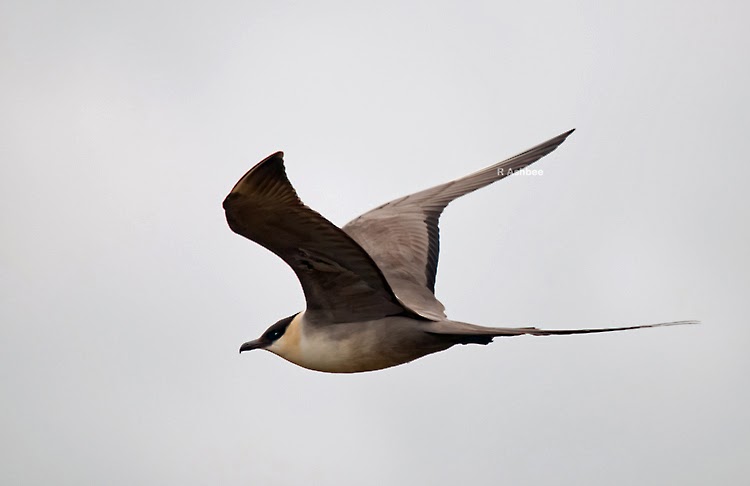 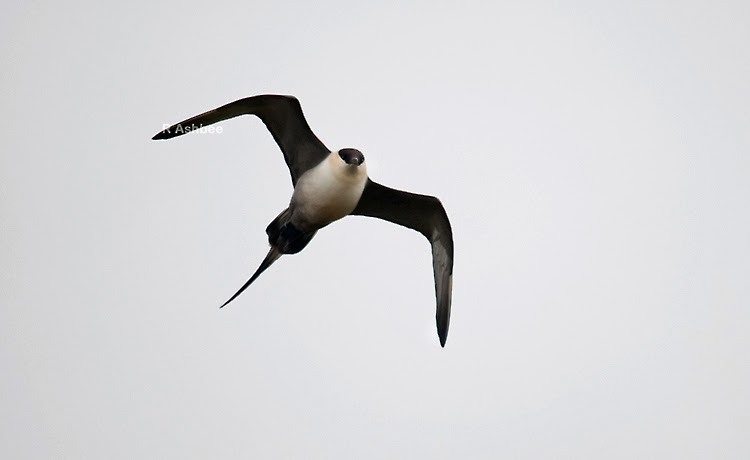 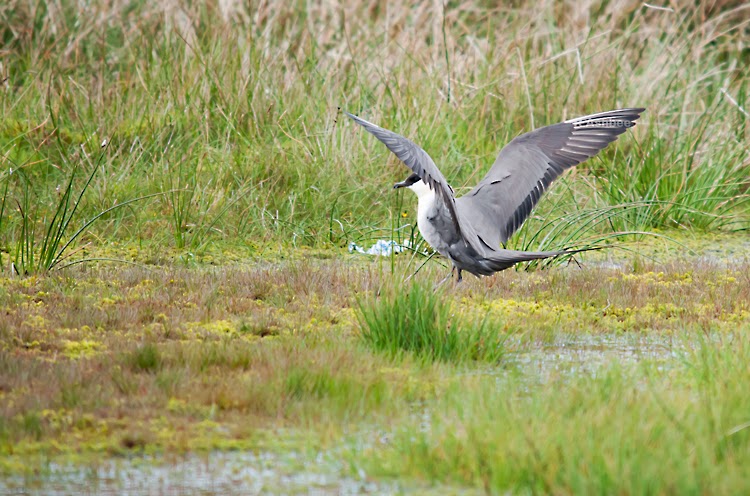