Shetland can boast of five different species of diver visiting its shores. Just before we arrived in Shetland this May, a Pacific diver was seen at Grutness. Previously a few have been seen down south of the coast of Cornwall but this is a rare diver.

Shetland is also one of the best places to see White Billed Divers with a few each year. These  can occur during the winter or spring but most April to June and this species is normally  found breeding in the Arctic. Bluemull sound and Kirkabister are regular places these birds turn up. Our only sighting was back in 2003 when one turn up at the end of May on Fetlar.

One of my favorite birds is the Gt Northern Diver, its a classy bird, with bold black and white markings and a large beak. Although larger numbers are seen in winter there are always a good number summering around Shetland and most years we see several birds some of which are in superb summer plumage. 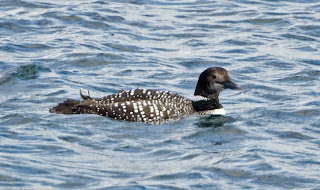 This year we got the closest views ever  with the adult plumage bird at Scalloway marina which was very confiding and gave excellent  views. 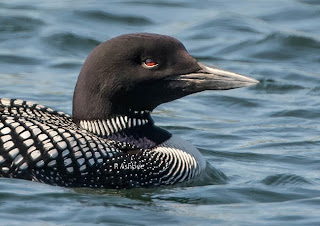 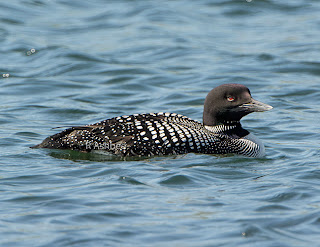 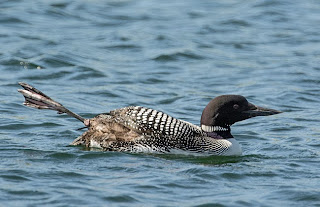 It always seem to do a circuit ending up close to the boats. Other close views of adult birds have occurred at Grutness on a few occasions and Scatness, on Fetlar and Unst. The largest flock in June was 5 at South Nesting several year ago, but all these were immature birds.

We when first visited Shetland in 1987, Red Throated Divers seem to be on every loch, but like most birds that rely on sand-eels they have declined although with a closer look you can still find them on waters and the sea throughout the islands. 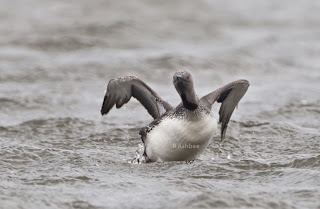 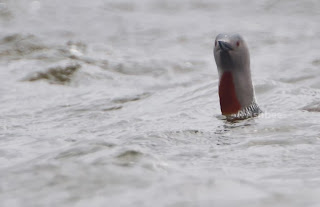 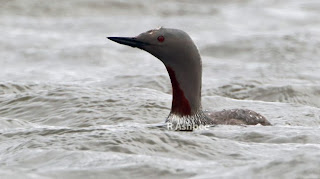 They nest on small peaty lochs where an island is used for nesting.  Breeding success seems to have been better in 2012 than the previous year although water level were down due to the lack of rain at some regular breeding lochs 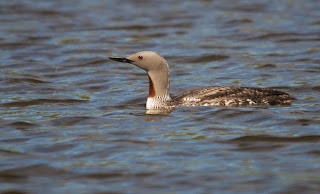 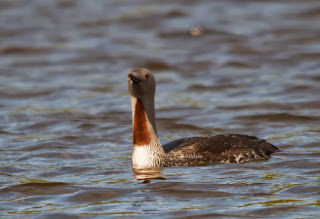 Shetland has been blessed by a number of very rare birds which has created a massive interest in the birding world. The highlight is the Cape May Warbler , only the second for northern Europe and the first twitch able since 1977. This was found by Mike Pennington on Unst and within days over 200 twitchers descended on Unst, some by ferry and the more wealthy by plane, with 11 planes landing directly on Unst.
Posted by Shetland Storm Force photography at 05:47