Kergord - a place for common species as well.

Kergord in the central mainland is a well established group of trees which attracts many rare migrants. However it is a place for seeing some common birds as well.

Rook
If you want to see the most northerly rookery in the UK then you need to visit Kergord. Birds fly in from all corners to the nests which can be easily seen in the trees to the west of the main wood. The first breeding birds at this site occurred on 27 April 1952, eight birds successfully reared young and birds have bred annually since. 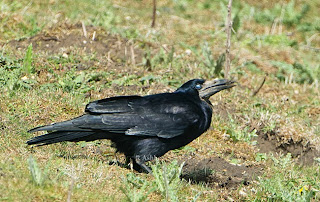 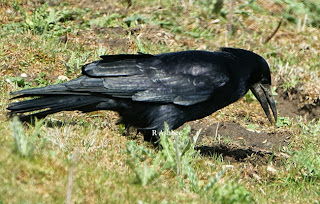 As they are very noise they are hard to miss, especially in spring when they are building nests. These Rooks are very localised, so any birds away from this area may be migrants. 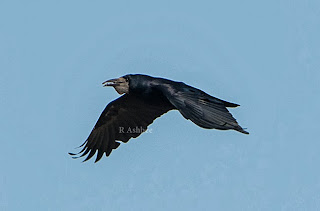 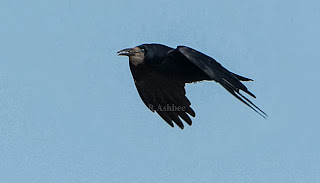 For some reason birds were shot from the mid 1970's to the early 1990's, as they feed on harmful invertebrates it seem strange, although it is thought that birds were shot for their feathers which were used in the helmets of those taking part in Up Helly Ha festival 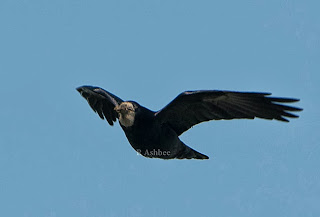 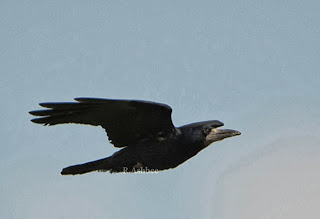 It is thought around 200 pairs nest in Shetland. 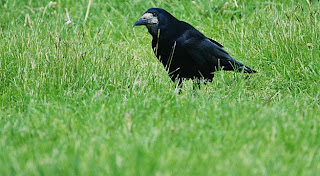 Wood  pigeon
Another bird , attracted to the trees of Kergord is the Wood pigeon, which is considered a very scarce breeding bird. This species also attempts to breed in Unst at Halligarth and may be a couple of other sites, but compared to other parts of the UK is not as wide spread. In the 1970's some birds nested on the ground in long heather above Kergord. 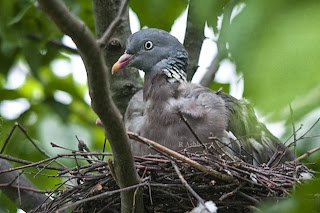 On migration birds can be found in single numbers around Shetland but they have normally departed by the end of October, double numbers are usually on found away from possible breeding areas in May and June. 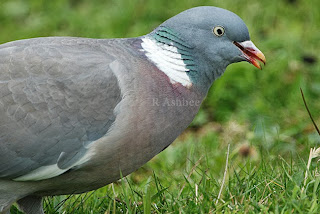 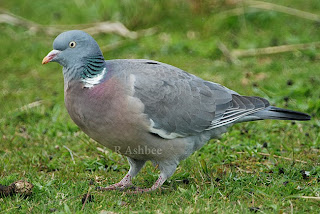 Around Sheffield it couldn't be more common with breeding birds even found in the city centre, although Sheffield is now considered to be the 3rd most green city in England, so it's no wonder. Often birds make a simple nest of only a few twigs crossing each other, then the eggs laid direct onto this construction. I have even been able to see the eggs looking directly up through the nest. 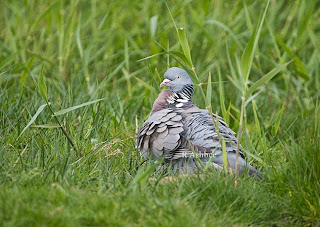 In Autumn it is easy to find large roosting sites, one only a few miles from our house normally has around 7,000 birds. Birds are also attracted to farmland in Autumn especially those planting autumn crops. 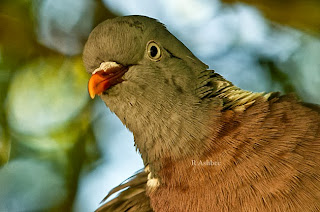 Now you wouldn't say that either species has a great song, but both are very noisy throughout the year. Our cat gets very cheesed off with a wood pigeon that constantly calls down the chimney.
Posted by Shetland Storm Force photography at 07:19