A Bearded seal turned up out the blue a week last Friday and rested most of the day on the Bressay Jetty in Lerwick. 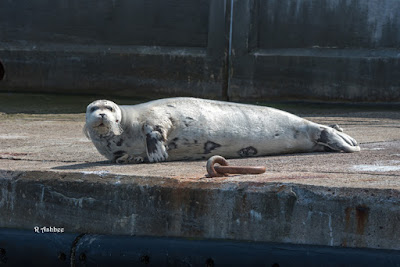 It seemed unconcerned with the steady flow of people visiting to see this rare Arctic visitor. This is the second Bearded seals in UK waters in the past two months with another in the Hebrides which arrived on the 18 April 2018, only the 23rd sighting. 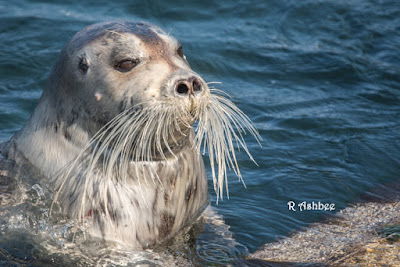 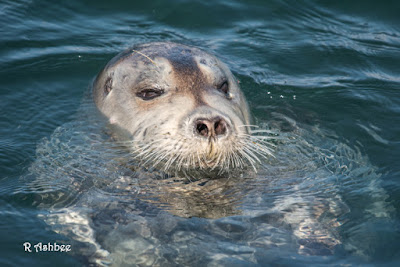 So the Shetland seal, being the 24 Sighting was another surprise especially as it was in the busy harbour in Lerwick Shetland. In fact 14 of the 24 Bearded seals have been seen in Shetland. 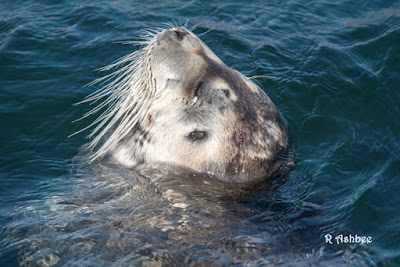 Normally Bearded seals are found floating on ice packs around the Arctic circle, but it is easily recognised from the usual Grey and Common seals by its large bushy whiskers, not really a beard. 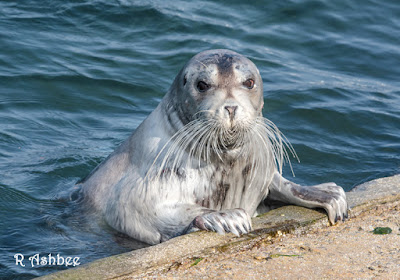 This photo appeared in the Shetland Times 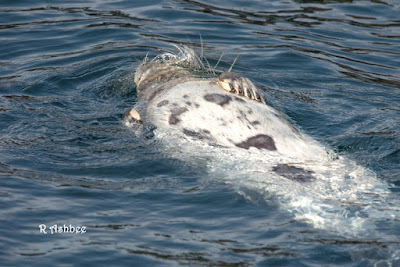 They can grow up to 3 metres long and large females can weigh up to 450kg, this one is a young female and only just over one metre long. 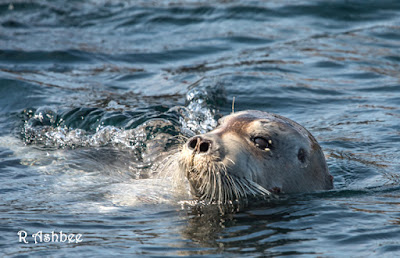 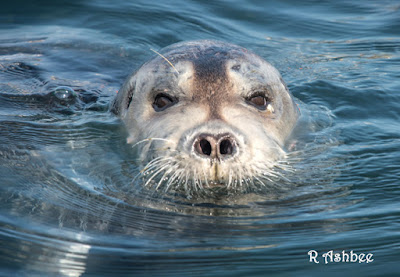 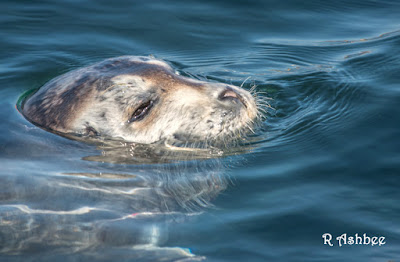 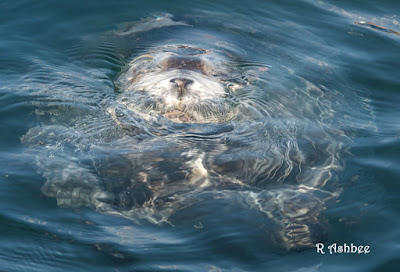 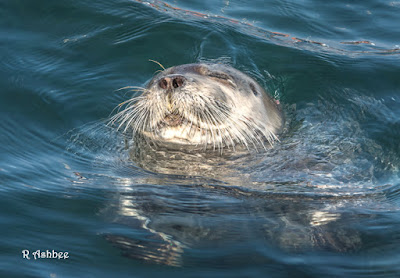 Jan and Pete Bevington, specialists in Seal and Otter rehabilitation looked closely and said the injuries were minor and may have caught its self when coming out of the water. 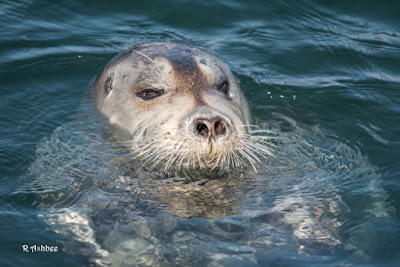 It spent several minutes on the seabed and may have been hunting for food, using its long whiskers to sense food which include, shellfish, fish and squid. 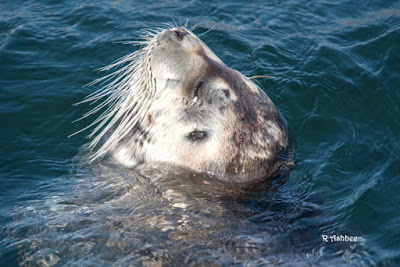 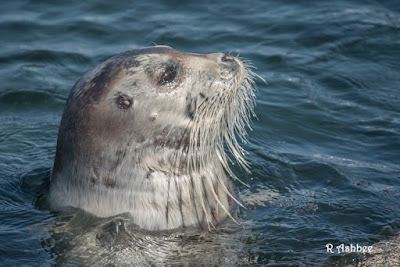 When a Herring gull flew round it dived for long periods and seem to be very wary. 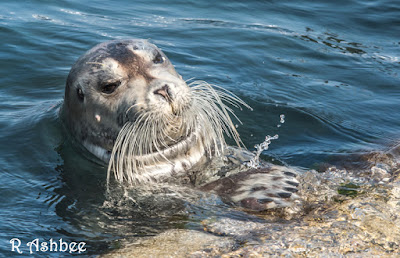 Bearded seals tend to be solitary animals, often spending time in shallower water, hence its time in Lerwick. Its a pity it didn't sing, apparently it can be heard up to 20km away 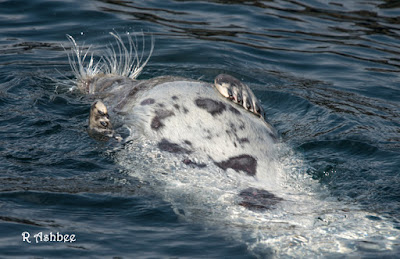 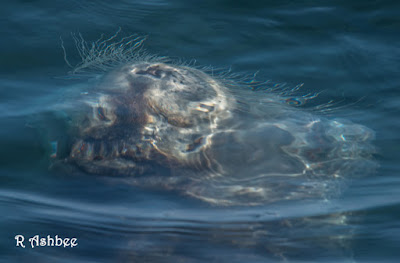 On Monday morning it was still present for a short time disappearing around 8.40am much to the disappointment of several visitors. It reappeared later in the day and even early on Wednesday morning 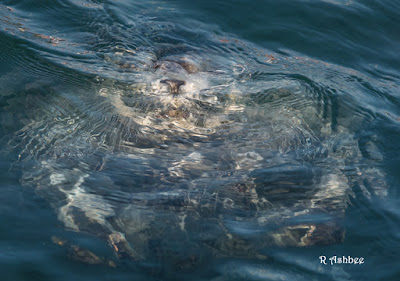 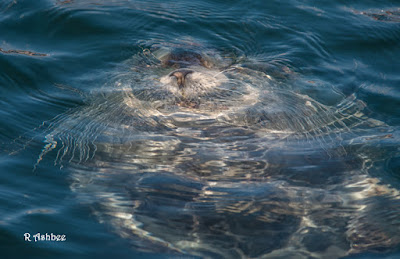 But on Wednesday morning a women decided to climb over a barrier and scared the seal off, just before the council decided to erect a longer barrier at the edge of the sea to deter the seal from coming onto the slipway. 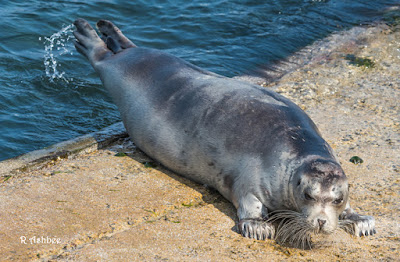 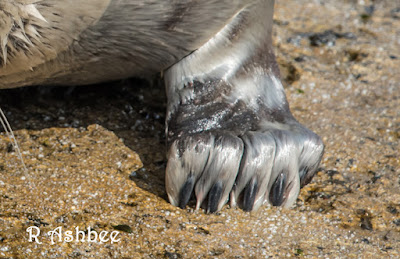 What a shame, I am sure it would have stayed a lot longer but expensive boats seem to be a better option for the council at least. 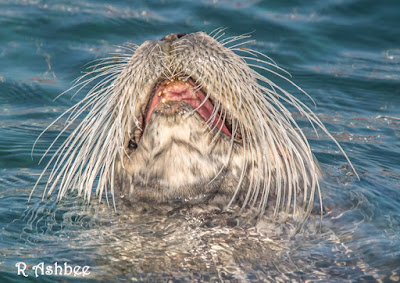 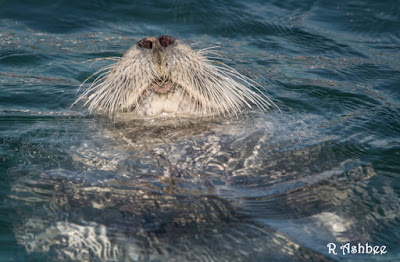 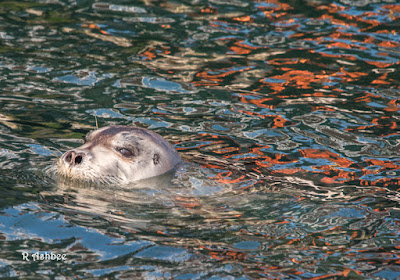 It reappeared on Thursday on the jetty opposite and drew a lot of attention from the cruise liner visitors. Unfortunately two separate incidents happened according to reports.

The first when someone went down to stroke the seal - good job it didn't bite her, but the second was a Japanese tourist who jumped over the barrier and went and kicked the seal. 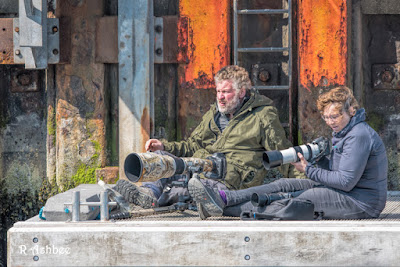 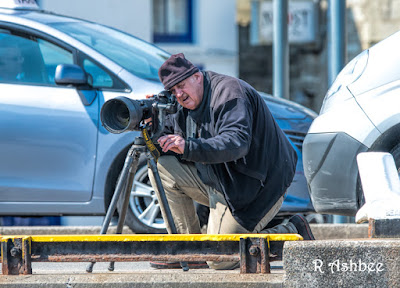 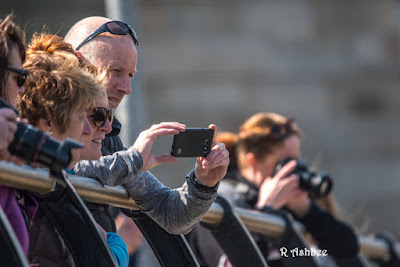 We will have to mount an armed guard in future. Anyway its still present even as we blog. 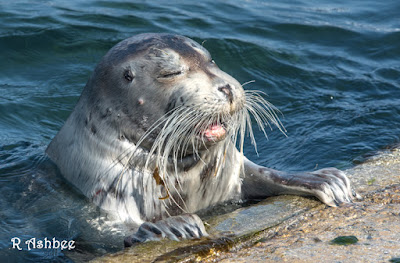