Long Tailed Ducks are one of my favourite birds especially when seen in winter plumage. They look so dapper yet coming into breeding plumage they have more or less a dark brown colour, pink beak and white spectacles. 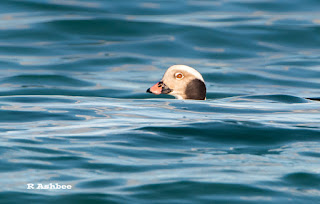 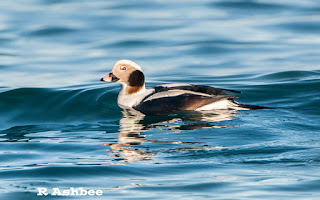 These are small sea ducks and in Shetland they have a good distribution in the south mainland. Usually found in small flocks they start to gather in late March, especially in West Voe when around 200 birds can be seen. 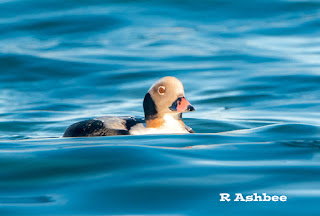 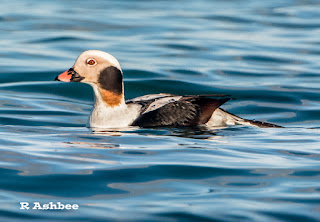 They tend to move north into Bluemull sound where around 1000 birds can sometime be found. Back in the 1980's you could usually find a few birds summering around the isles but they now seem to be a lot rarer June - August 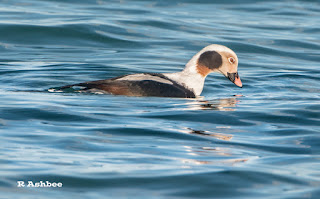 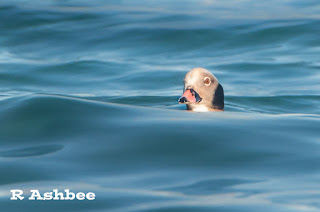