Recently news came out from Noss that only 146 pairs of Kittiwakes are nesting this year down from 179 pairs last year but 20,000 pairs in 1970. This is different to the Farne Islands and Isle of May where they are increasing. 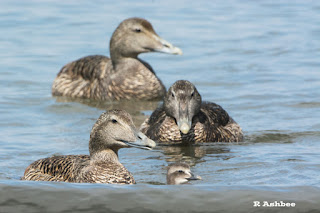 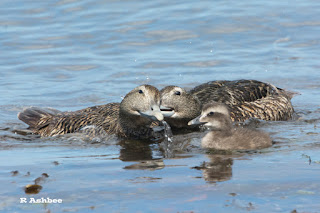 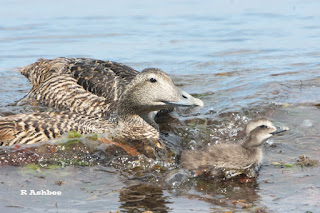 With a large shoal of Sand eels found in Bressay sound last week it was also good to see that a good number of Arctic Terns are bringing in sand eels for their young, I counted 11 young terns from the road at Grutness, although numbers of adult birds are well down on previous years. Also here Ringed Plover and Oystercatcher (2 pairs ) with one young each and several Common Gull young. 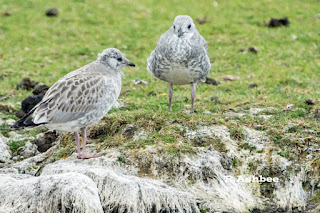 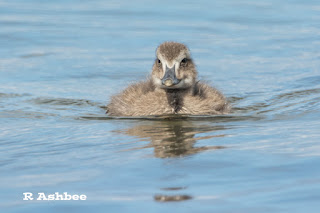 In the bay three eider broods of only one young, which is very poor but many young seem to be taken either by Skuas or gulls. On the cliffs at Compass Head a good number of Fulmar and around 50 Guillemot, a dozen Black Guillemot and a hand full of Puffin. 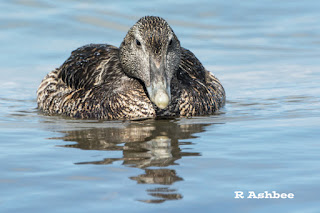 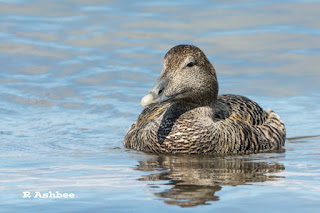 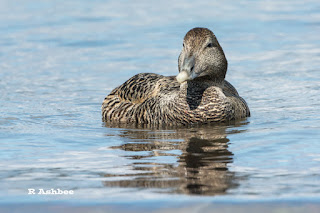 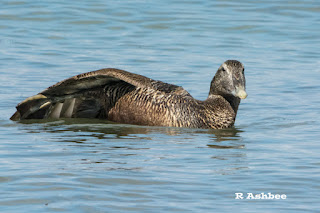 It was sad to see three dead Gannet at Grutness and the back of the tern colony, these usually do well on Noss. Locally my beach survey at Sandsayre resulted in no dead birds. Also in Sandwick a flock of 38 Lapwing was possibly a post breeding flock, as was a flock of 78 Curlew near Aith. The field beside our house the grass has been cut and is now attracting around 100 Starling, Curlew (4) Oystercatcher (28) Rock Dove (6) Herring gull (6) Common Gull (6) Herring Gull (12)Sparrow and Blackbird 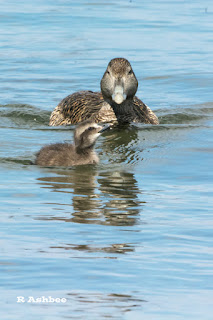 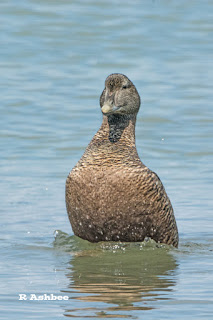 We did see young Common Sandpipers out in the west mainland, these birds are not common with only a handful of breeding sites. 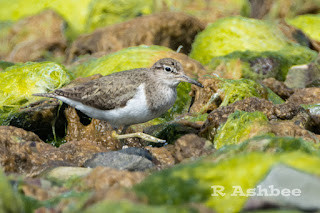 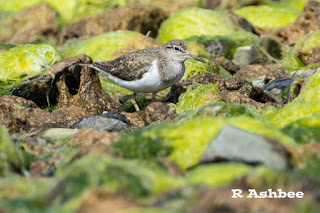 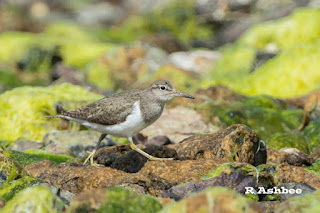 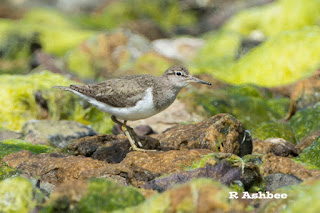 Oystercatcher are still looking after young, this bird was doing a distraction display as we arrived and continued to do it after leaving. As I photographed from the car it was more likely that it was trying to lure the gulls away which sat close by. 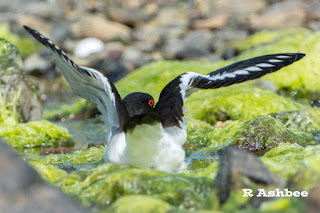 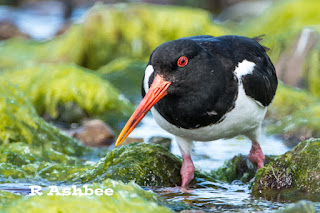 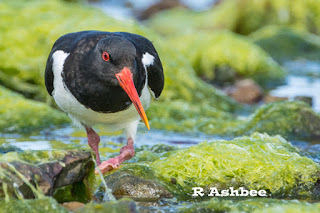 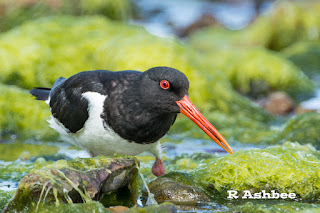 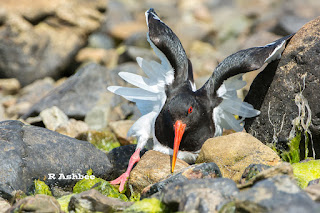 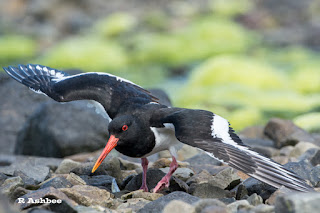 It was good to find a pair of confiding Twite on the moors, these delightful little birds are always good to see at any time of year 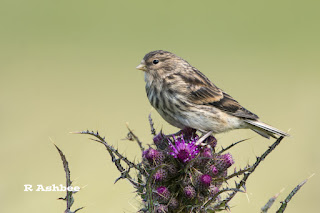 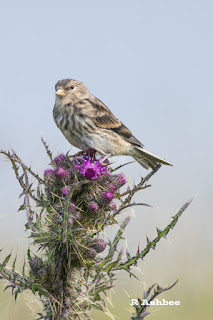 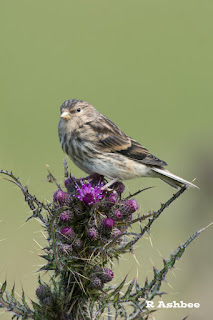 Killer whales are now been seen around the north of Shetland, although we still haven't seen Killers in the isles. The latest sightings came from Lerwick early morning, others have been seen around Whalsay and Eshaness, you just have to be in the right place at the right time