With the weather being so good we went to the south mainland passing verges full of colorful wildflowers including any Northern Marsh orchids. The grass has been cut in a number of fields and these are attracting waders , gulls and flocks of starlings. The most Oystercatcher in one field has been 87 along with 7 curlew. 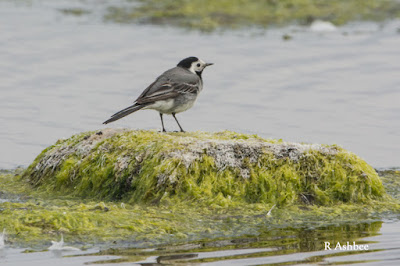 Down at Grutness sparrows are still taking food and nest material showing that they will be having a second brood. A pair of White wagtail flew up from the pool then were lost in a large flock of noisy Arctic terns which flew across the road. 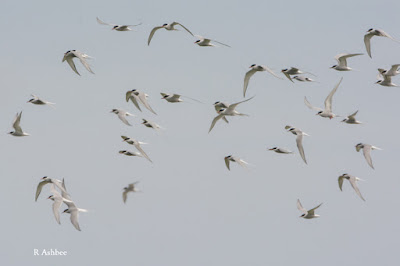 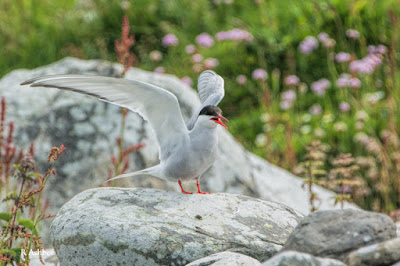 Many young common gull seem to have formed little clubs, but also a few were found dead. Its a fierce world they are born into with the larger Herring and Gt Black Back gulls are always on patrol looking for weak birds to prey on. 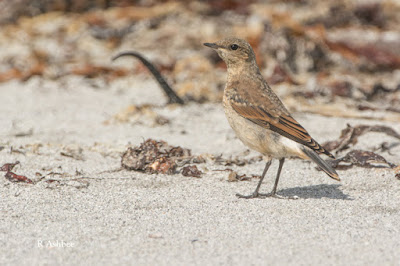 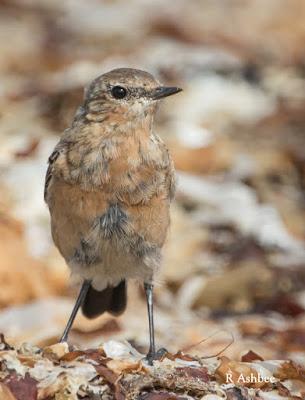 Down on the beach a large flock of Sanderling (123) scurried around the shoreline, often taking off and flying around before coming back to the same spot. Although they are just moulting out of breeding plumage they don't look as good as they do in spring. A few Turnstone joined them still looking dapper, this cannot be said of the young Wheatear, which looked tatty. Their plumage blending in with the seaweed. 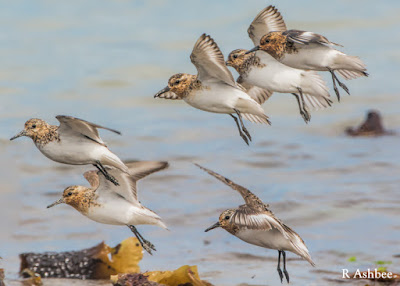 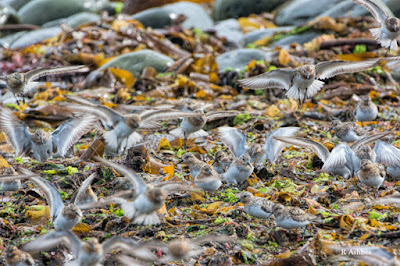 A few swallow can be seen, in Sandwick, Sumburgh airport, Fladdabister and Lerwick which also includes a Red Rumped Swallow. I have been down 5 times without seeing it, when it comes back has it has done for 5 days now, it stays around a couple of hours but always when we are busy. 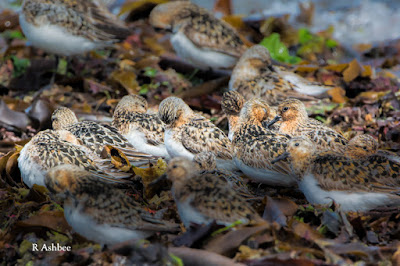 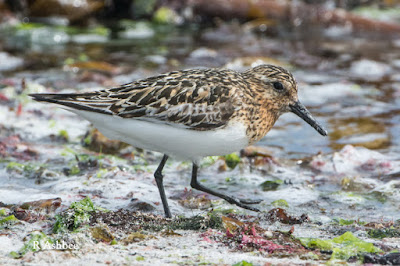 Four Whooper swans landed on Clickimin briefly before heading west, they have successfully bred on Spiggie and Tingwall and no doubt other western lochs. 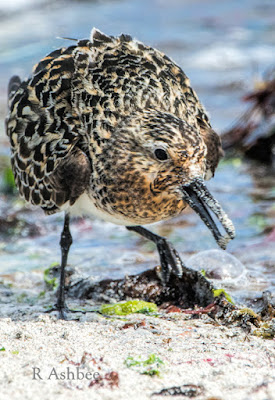 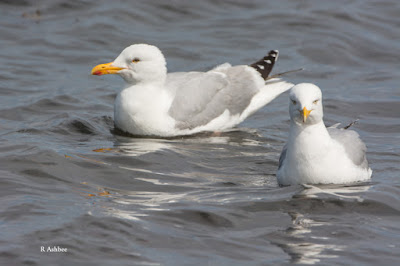 News from Fair Isle this week highlighted the problems seabirds have had over the past 30 years with Puffin numbers dropping from 20,000 to 10,000 in that time. This year they seem to be doing reasonably well as they are at sites on Shetland mainland. During the same time Bonxies have risen by 300% to over 400 pairs

If you get chance please look at my other two blogs