It still seem odd seeing Little Egrets  in Shetland where they seem out of place, well for now. There has been a massive expansion of Little Egrets in the UK. They bred in Britain for the first time in 1996 and never looked back, the BTO has estimated a massive 16, 350% increase since then. Its good to see that some birds are on the up. 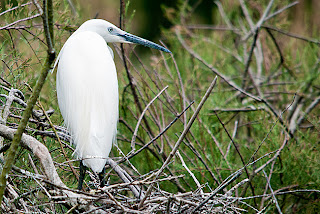 Its very easy to recognise with its all white plumage and yellow feet. It can be found beside water, marshy areas and even on the coast. It is very numerous in France and we have seen many all over but especially in the Camargue where massive heroines occur. At one site over 250 pairs could be seen along with other herons such as Night Heron, Grey heron and Cattle egrets. Very noisy but will live in my memory for along time. 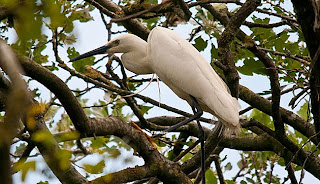 The most I have seen in one place in England is down at Frampton Marsh where 28 could be seen together, more local to Sheffield birds are often seen at Old Moor Wetlands (RSPB), Rothervalley Country Park, Potteric Carr at Doncaster and odd birds elsewhere. 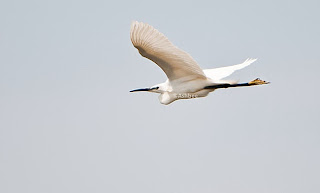 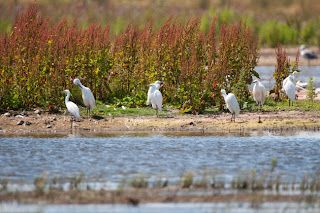 In Shetland we first came across one bird at Loch of Spiggie many years ago, but Shetland has a habit of turning up Mediterranean species. I doubt whether they would breed in Shetland as they nest in trees, which are rarer than the birds. You never know though, you could find them at Kergord or Halligarth (Unst) in 20 or so year time, keep your eyes open they are hard to miss 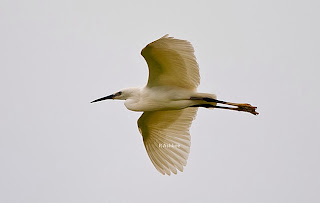 The other week one bird turned up in Unst, they can be found any time April - December and have been seen over 20 times in the isles.