They are back in good numbers. They arrived in Shetland in October with birds seen around the isles, often very confiding, feeding on berries as well as apples and pears put out to attract them into gardens. Some lucky people were able to feed them while they sat on a branch only a few feet away. 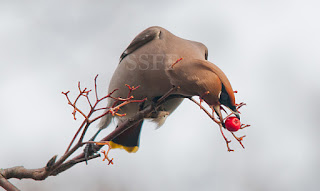 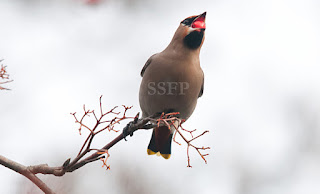 They moved south with only a few remaining in Shetland as we speak. These birds were joined by new ones coming in from the east so that in Sheffield at this present time we may have more than 700 Waxwings . I saw a flock of at least 300 birds fly over Carterknowle Road in the south of Sheffield only a few days ago 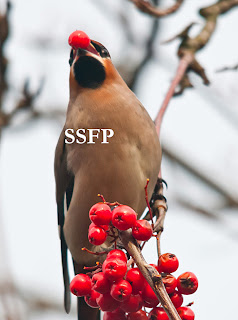 Birds come into Britain when food is scarce in Scandinavia and are always great to see, even the none birdwatcher is excited to see them. I was photographing a flock the other day near a main road, and had several people come up and ask me what the birds were and when i told them it seem to make their day. 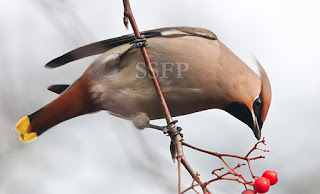 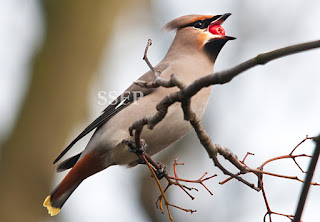 Trying to get a good photograph is very difficult, unlike Shetland were there are few trees, the waxwings in Sheffield tend to feed from Rowan trees which are always near other trees or have large numbers of twigs to clutter up the background. So getting a clear background is always a challenge. 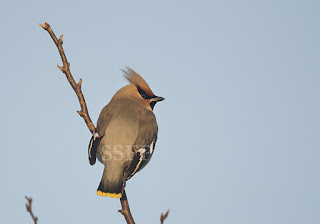 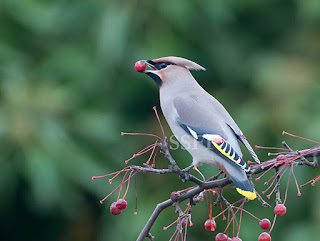 Birds down in Sheffield also seem to have more competition for food, with aggressive Mistle Thrush and later Fieldfare chasing the Waxwings off, also Blackbirds and Redwing join in so berries soon disappear. In addition to this waxwings are attacked by Sparrowhawks on a regular basis making them very nervous and less confiding. 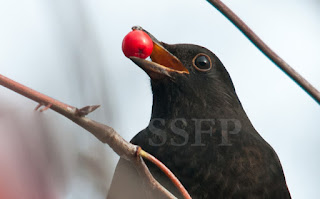 Birds have often been around until mid April but birds tend to linger later in Shetland with one seen on the 4 June in Unst the other year.So make a special effort to go out to see them this year. 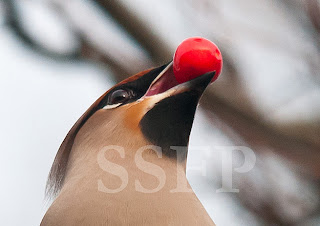